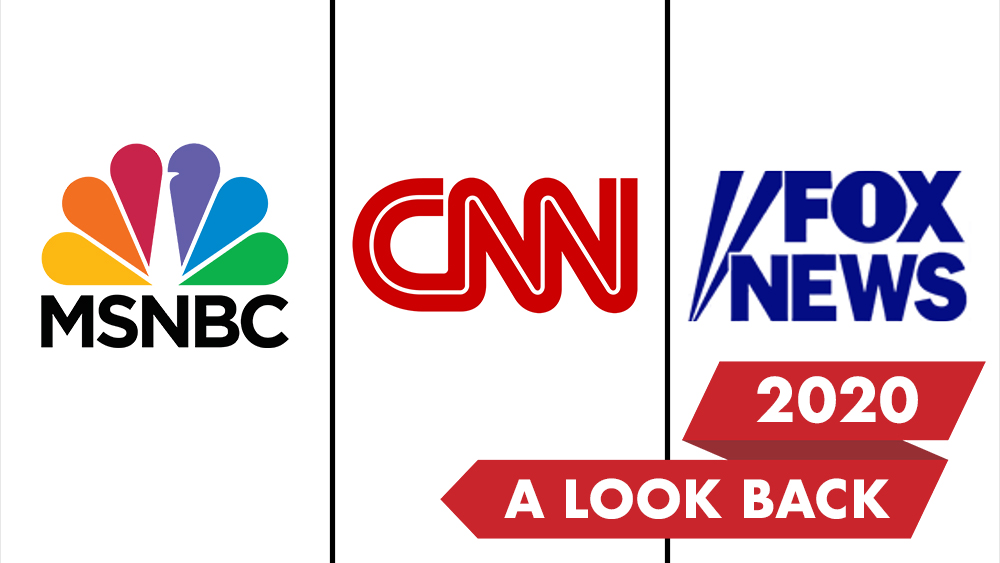 The major news networks are touting big ratings gains in 2020, after the coronavirus crisis and the presidential election drove viewers in record numbers to their lineups.

Fox News will finish the year again at top of the news channels in primetime, with an average of 3.6 million viewers, up 45% from the same period the previous year. MSNBC averaged 2.2 million, a boost of 24%. CNN saw an even greater increase, as it was up 85% to average 1.8 million.

Other highlights (with more charts below):

Fox News: The network said that it averaged the largest primetime and total day audience in cable news history. It also was the top viewed network in all of cable for the firth year in a row. Hannity was the number one show in cable news for the fourth straight year in total viewers, while Tucker Carlson Tonight topped the 25-54 demo. The network continues to lead primetime even with all of the post-election attention paid to Newsmax, which saw an uptick as it embraced coverage of Donald Trump’s claims of election fraud.

CNN: The network said that it had its most watched year in primetime and total day total viewers, but it also highlighted its ratings growth since the election and through December 14. In primetime, CNN released numbers showing that it averaged 2.48 million total viewers to MSNBC’s 2.45 million and Fox News’ 3.08 million. In the 25-54 demo, CNN averaged 766,000, compared to 545,000 for Fox and 443,000 for MSNBC.

MSNBC: The network said that it had its highest rated year in network history, with The Rachel Maddow Show as its top show, finishing with an average of 3.4 million, the highest rating ever for a regularly scheduled show on the network. The network said that Rachel Maddow also has topped the ratings this month through Dec. 21, with 3.49 million viewers, to 3.09 million for Hannity and 2.26 million for CNN’s Cuomo Primetime and special programming. MSNBC also is breaking out its numbers not since Election Day, but since November 8, when Biden was projected as the winner. It supplied numbers showing that in total day through Dec. 21, MSNBC topped in total viewers with 1.75 million, followed by Fox News with 1.67 million and CNN with 1.55 million.

That’s a whirlwind of figures, and only scratches the surface on the time and energy that all the networks spend to comb through them and trumpet their bright spots.

How to watch all the big films nominated for Oscars and BAFTAs
How to educate, entertain and distract your children during the strikes
Billy Packer Dies: College Basketball Announcer Part Of 34 Final Fours Was 82
General Motors doesn’t expect significant U.S. production of EVs until second half of year
Church’s progress on same-sex marriage will be ‘glacial’, archbishop tells Sandi Toksvig