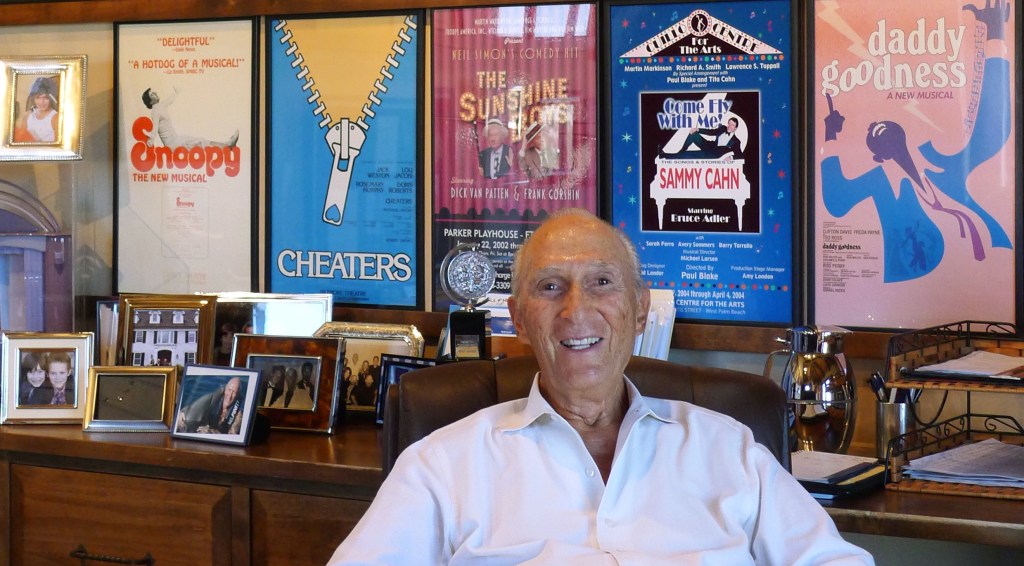 Martin Markinson, a producer and theater owner who took Torch Song Trilogy to Broadway and returned the venue now known as the Hayes Theatre to theatrical use, died Thursday, January 7 at his home in Santa Fe, New Mexico. He was 89.

Arlena Markinson, his wife of 58 years, said the cause of death was cancer. The producer had been battling the disease for two years.

Another of Markinson’s contributions to Broadway: The 1979 purchase, with nephew Donald Tick, of what was then called the Little Theatre, a gorgeous West 44th Street venue built in 1912 that had been used for decades as a TV studio for ABC and, later, the syndicated The Merv Griffin Show. Four years after Markinson and Tick purchased the venue from Westinghouse Broadcasting Co. (for a reported $800,000), they offered to rename the theater for actress Helen Hayes, whose namesake theater on West 46th Street had recently been demolished. Hayes accepted the offer (she died in 1993).

The theater remained with the Markinson-Tick families until 2015, when it was sold to the not-for-profit Second Stage theater. Second Stage, which in 2008 had first expressed interest in buying what remains Broadway’s smaller theater. The $24.7 million sale gave Broadway it’s fourth non-profit theater company, and its first devoted entirely to the development of contemporary American productions.

Markinson also leased three other theaters as an operator: the Wadsworth and Brentwood Theatres in Los Angeles between 1998 and 2010, and the Parker Playhouse in Ft. Lauderdale from 2000 to 2006.

In addition to his Broadway ventures, Markinson produced Off Broadway and regional stagings of I Love a Piano, And a Nightingale Sang, Pageant: The Musical and The Sunshine Boys, among others.

Born in Crown Heights, Brooklyn, Markinson took his first job at age 12 as a newspaper boy before working as a shoe store stock boy, a restaurant busboy, a bowling alley pin-setter, and movie theater usher. At 16 he accepted a job at an insurance firm owned by brother-in-law Ben Tick.

In 1970, he purchased Ben’s interest to co-own and expand the business with his nephew Donald Tick, also acquiring another insurance company that handled entertainment clients. Five years later, he became an insurance consultant and investor in the original Broadway production of Chicago, his entry into the stage business. His memoir, Come on Along and Listen to My Life in Theatre, was published in 2019 by Archway Publishing.

Markinson, who lived in both Santa Fe and Maui in recent years but, as a Tony voter, returned to New York several times a year to see all Broadway productions, is survived by wife Arlena, sons Brett and Keith, their wives Alison and Lisa, four grandchildren, and a large extended family included great-nephew Alan Markinson, who was house manager at the Helen Hayes Theatre from 1981 and for most years thereafter until 2016.