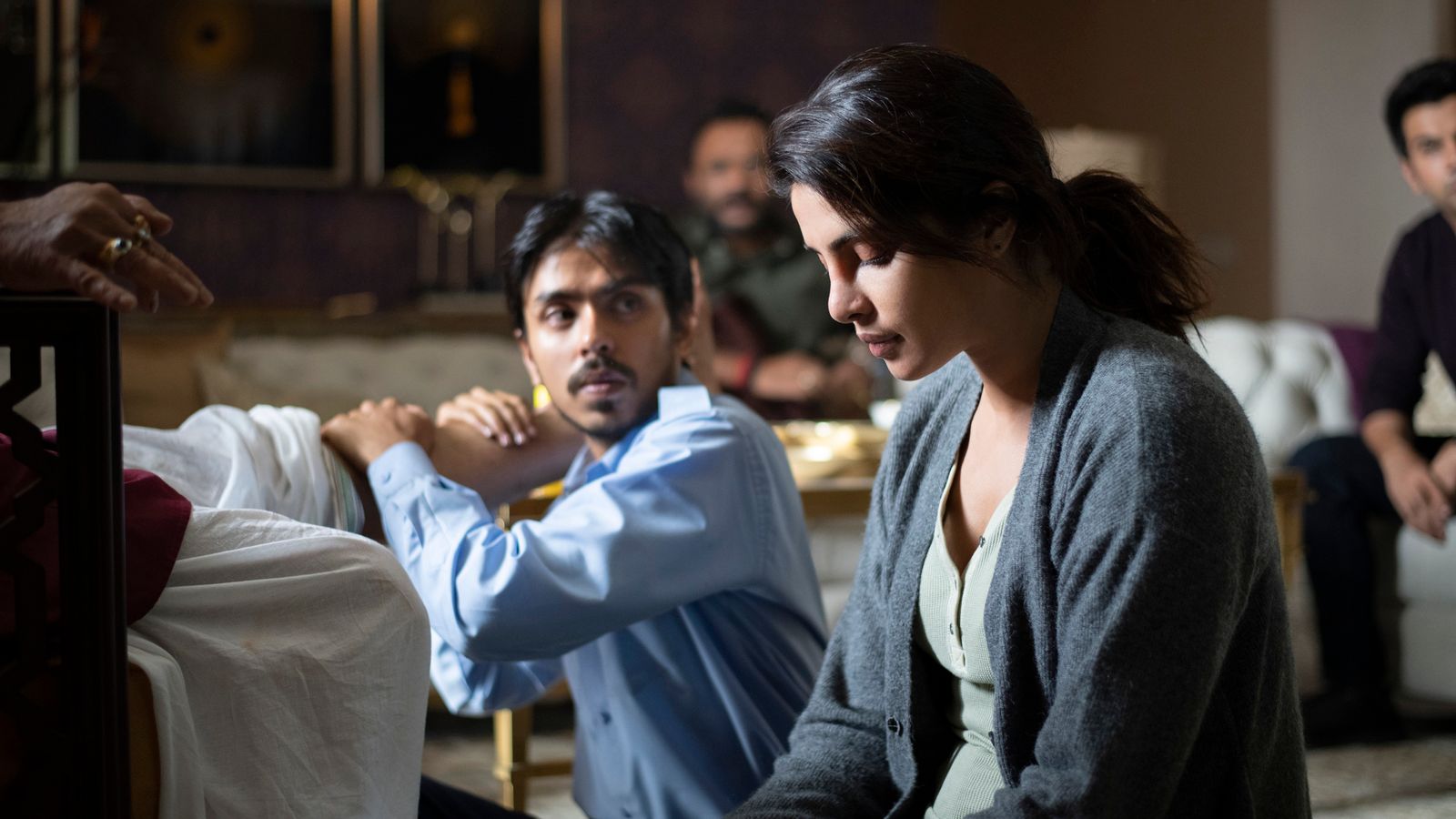 Priyanka Chopra Jonas has told Sky News she is determined to get South Asian stories “influxed” into Hollywood.

The actress and activist spoke about representation on the big screen ahead of the release of her new film, The White Tiger, which is based on the 2008 Man Booker Prize-winning novel by Aravind Adiga.

It tells the story of Balram Halwai (played by newcomer Adarsh Gourav), who narrates his humorous but dark rise from poor villager to successful entrepreneur in modern India.

Reviews ahead of the film’s release have been strong, and it has been touted as a possible outside contender for the Oscars.

Following Balram’s journey to becoming a driver for a wealthy couple, Ashok (Rajkummar Rao) and Pinky (Chopra Jonas) who have returned to India from the US, it highlights the huge gap in the country’s class system. 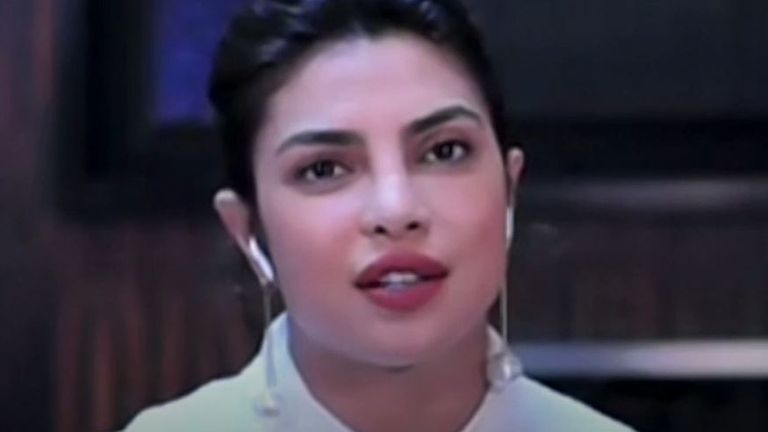 Chopra Jonas, who is also an executive producer on the film, says it is the kind of story we need to see more of on screen.

“I chased after this movie, actually, I read about it on Twitter,” she tells Sky News. “I had read this book about a decade ago. I was very excited and profoundly moved by it so when I read about the fact that it was being made by Netflix, I got my agents to call the producers and offered my services.

“Pinky as a part has really developed in the movie but I really wanted to be an EP (executive producer) on this to offer my support. And my belief is to be able to get South Asian stories influxed into Hollywood.

“We don’t see enough representation in global entertainment, considering we’re one fifth of the world’s population. So I was very, very excited to offer my support to this movie.”

In the film, Balram makes himself indispensable to Ashok and Pinky, the will to serve ingrained deep within – but when an act of betrayal makes him really start to see the unequal system for what it is, he becomes determined to rise up, whatever the cost.

Chopra Jonas, a former Miss World who won the contest in 2000, is one of India’s biggest stars. She says she hopes the story will make people who watch the film think about privilege.

“I think that it’s a movie of self-reflection for the privileged to think about the rest of the world that lives in a completely different circumstance,” she said.

One viewer who is already a fan of the film is her husband, singer Nick Jonas. The couple married in a lavish ceremony in Jodhpur, Rajasthan, in 2018.

After seeing a preview, Jonas posted on Instagram to say the film was “unreal” and his wife’s performance “exceptional”.

Asked if her husband is her biggest supporter, Chopra Jonas said: “Well, I would like to believe that family does that for each other. He does love this film, though. He’s a very big fan of the movie, I have to say.”

The White Tiger is out on Netflix from 22 January

Advice for Discarded Kids
Priscilla Presley challenges ‘validity’ of daughter Lisa Marie’s will
Like A Good Neighbor, Michael B. Jordan As ‘Jake’ From State Farm is There…and There, And There, In SNL Ad Spoof
An Open Letter to Stephen King: Book Censorship News, January 27, 2023
Coquette Nails Are Taking Off On TikTok