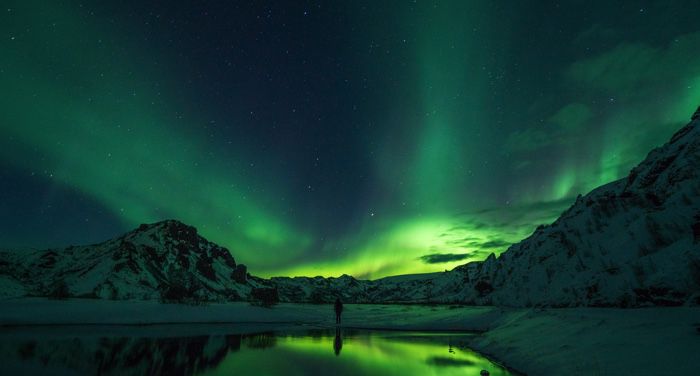 Wind-swept, snow-covered landscapes. Cozy, decorative cottages where a mysterious being lives. Animals that toe the line between realistic and magical. Inspiring origin tales that go back generations. Stories that take place along the northernmost edges of the Earth are often described as “polar,” meaning they’re primarily set in frozen landscapes with an atmosphere of constant winter. Though heavy with snow, these settings have a desolation that’s somewhat akin to a desert, and anyone who’s ever looked out across an empty, snow-covered expanse can tell you how isolated it feels. To fill the void of long, winter nights in the polar region, it makes sense that fantasy stories set in these regions exist as a means of finding entertainment in a cold and dark time.

What is Polar Fantasy?

A sub-genre of fantasy, polar fantasy is a broad group of books that can be for any age level and may draw on existing stories or build a completely new world. Some common hallmarks of this niche are that they are set in cold landscapes, often in the far north, and that the world-building in the book often draws on Scandinavian or Slavic cultures. These stories may include elements of northern folklore, Norse mythology, and/or the animals (like polar bears) that are unique to the region. Common motifs in the stories often revolve around ice magic, natural phenomenon such as the Northern Lights, or other landscape features unique to the region.

Perhaps one of the most well-known polar fantasy authors of the last few decades is Philip Pullman, whose His Dark Materials trilogy made strong use of many of these themes. Other, more recent fantasy series have also used polar regions for their world-building, such as in Leigh Bardugo’s Grishaverse, which draws on Russian culture. By going to the Arctic for their inspiration, these authors—and the ones listed below—give readers the opportunity to dive into fantasy worlds not seen in other books in the genre.

Note: There is a definite lack of authors of color on this list, which is especially notable given the many Indigenous cultures living in Arctic regions. 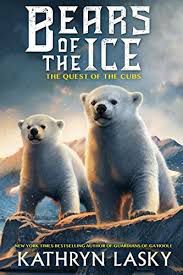 Bears of the Ice: The Quest of the Cubs by Kathryn Lasky

A noble group of polar bears has ruled the Northern Kingdom for ages, but when a group of power hungry bears seizes control, a darkness descends on the kingdom. Set in the same world as The Guardians of Ga’Hoole, this is the tale of Cubs One and Two, sisters who must find their kidnapped mother and bring her home safely, while also navigating through an arctic landscape. 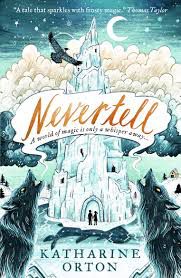 Lina starts her life in the cold and desolate environment of a Soviet prison camp, miles from civilization and cut off from the outside world. Escaping with her friend Bogdan, she finds that beyond the camp’s walls exists an icy, magical landscape full of shadow wolves and an evil sorceress. Drawing on the harsh, winter climate of the former Soviet Union as a setting, this book mixes in Artic animals and magic for a unique fantasy. 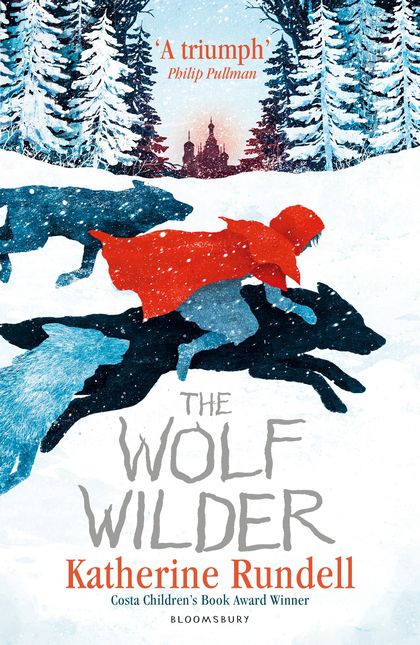 The Wolf Wilder by Katherine Rundell

Perfect for middle grade fans of animal fiction, this book is a combination of a fairytale and a survival story. In the Arctic regions of Russia, Feo has grown up surrounded by the domesticated wolves her mother has raised as a wolf wilder, and Feo herself hopes to become one as well. But not everyone in their community approves of the plan to turn the wolves wild, and Feo’s mother is taken captive. Venturing into the dangerous woods with only the wolves as her companions, Feo will have to fight to survive and to reunite her family. 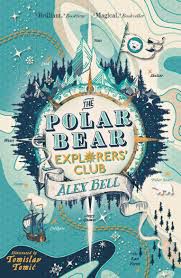 In the first book in a trilogy, Stella Starflake Pearl and her three fellow explorers are journeying across a frozen land full of snow queens, unicorns, and man-eating cabbages eager to see the sights of the Icelands. However, their trip takes a turn for the perilous when the young adventurers are separated from the group and have to survive the frozen wilderness on their own. 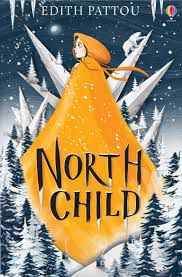 Previously published under the title East, this is Pattou’s retelling of the classic Norwegian fairytale “East of the Sun, West of the Moon.” In this fantasy Rose, a child of the north, travels with a bear to an empty castle, where a mysterious stranger appears to her night after night. Determined to learn who they are, Rose sets off across the Norwegian landscape in search of the mysterious stranger and her own lost heart. 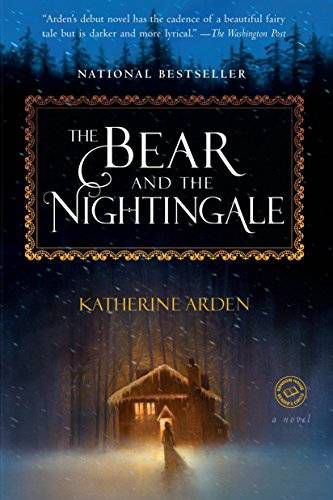 The Bear and the Nightingale by Katherine Arden

Another story set deep in the Russian wilderness, this time drawing on Russian folklore. Vasilisa and her siblings have grown up gathering around the fire and listening to their nurse’s tales of Frost, the blue-eyed winter demon. In order to keep Frost at bay, households must send offerings to the spirits that protect their homes and villages. But when Vasilisa’s father brings home a new, devout wife from Moscow, she forbids the children from the “old ways” of demon protection and sets out to remake the family and their village in her beliefs. Without their usual rituals, dark forces begin to creep in from the woods, threatening the villagers, and Vasilisa must draw on long buried gifts in order to save them. 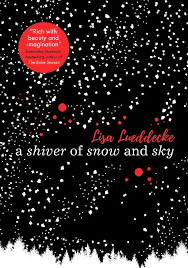 A Shiver of Snow and Sky by Lisa Lueddecke

The islanders of Skane know to look to the sky, for it is there that the Goddess speaks her moods. Seventeen years ago the sky turned red in warning, just as Osa was born and a plague was unleashed. When she sees the sky turning red again, Osa must figure out how to save the island before more lives are lost. 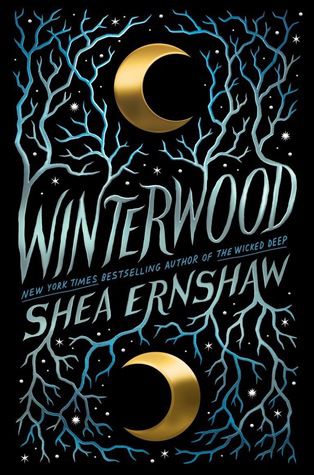 Humans have always feared what lies in the woods, and the story of the Walker women in Ernshaw’s book is no exception. Nora Walker knows that, like her mother and grandmother before her, she shares a special bond with the woods and the magic they contain. Venturing into the forest one day, she meets Oliver Huntsman, who disappeared from the nearby Camp for Wayward Boys weeks before in the middle of a blizzard. Not only is Oliver miraculously alive, but he also claims he has no memory of his time in the woods. Sensing a shift caused by his presence, Nora will have to use her gifts to find out what secrets Oliver is hiding. 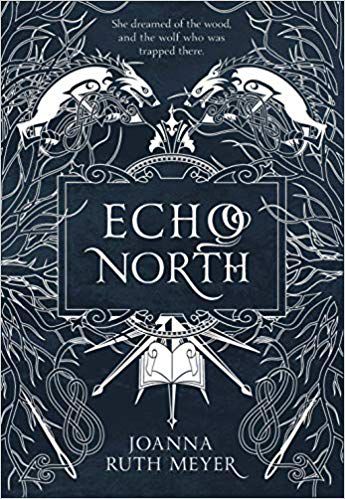 Six months ago, Echo Alkaev’s father left for the city and then disappeared. Which is why she’s shocked to find him half-frozen in the winter forest, guarded by a wolf who refuses to leave his side. The wolf offers Echo a choice: live with him in a castle for one year, and he will see that her father makes it safely home. In the castle, Echo finds a library filled with books turned mirrors and a young man named Hal who is trapped in their pages. Can she solve the mystery of the wolf’s attachment before Hal disappears forever? 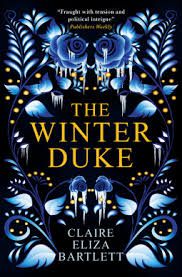 In an icy castle sitting on a frozen lake, Ekata prepares to finally escape from her murderous family after her brother moves into his position as a duke. Just as she is poised to run away, her parents and 12 siblings fall into a sleeping sickness. As the only family member still awake, Ekata is given the dukedom, her brother’s promised bride, and a responsibility for the family’s legacy of magic. Combining polar fantasy, political intrigue, and mystery, this is a face paced ride through an icy world. 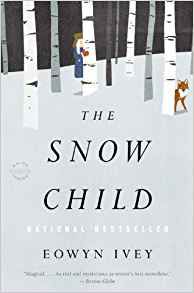 The Snow Child by Eowyn Ivey

Set in 1920s Alaska, this Pulitzer Prize nominee centers around the homestead of Jack and Mabel who are eking out a living in the brutal landscape. In a rare moment of fun, they build a child out of snow in the woods, only to find it gone the next day, replaced by glimpses of a young girl through the trees. They find that the girl is called Faina, that she hunts with a red fox as her companion, and that she can somehow survive on her own in the Alaskan wilderness. As Jack and Mabel come to love Faina as their own, they also discover that she holds secrets that will transform them all. 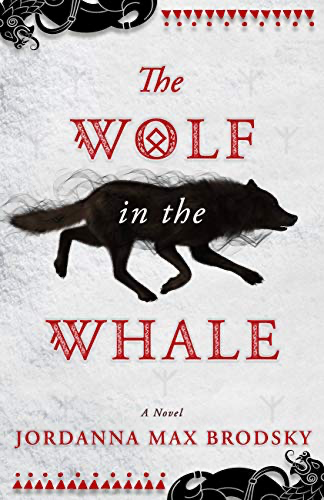 The Wolf in the Whale by Jordanna Max Brodsky

In 1000 CE, an Inuit shaman and a Viking warrior become allies in the battle between their peoples and their gods. Omat, born to a family that relies on the spirits of land, sky, and sea, finds herself cut off from the gods and starving. In a desperate attempt to save her family, she ventures out and meets a Viking warrior, but the clash between their two cultures will set off a war that threatens both the earthly and heavenly realms. 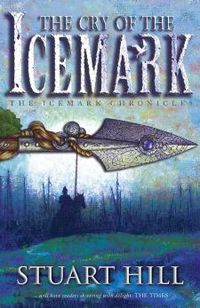 The Cry of the Icemark by Stuart Hill

The kingdom of Icemark is in danger. Thirrin Freer Strong-in-the-Arm Lindenshield, a young princess, must form an alliance of vampires, werewolves, and warlocks to save her kingdom from an invasion in this first book of The Icemark Chronicles.

Hopefully some of these chilly tales can give you an escape to a magical world this winter. Need even more polar reads? Check out these ten books about the Arctic.

Whether your reading niche is polar fantasy books or something else entirely, the bibliologists at Tailored Book Recommendations, AKA TBR have something for you! Let them pick your next read through either digital or print subscriptions!