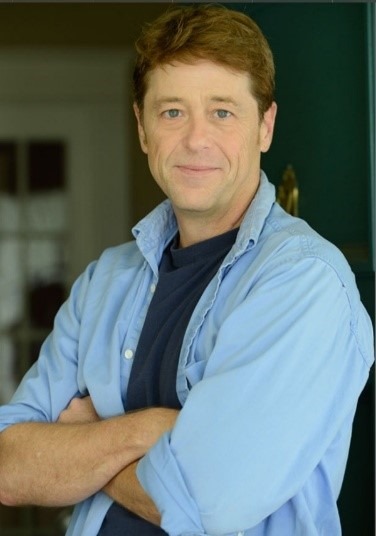 Bill Allen was born in Wichita, Kansas. He moved to Dallas, Texas at the age of four. Having made his acting debut in a junior high school production of Ray Bradbury’s “Dandelion Wine”, he attended various acting workshops at Richardson High School. After graduation, he began to seriously pursue his chosen career under the tutelage of Bryan O’Byrne, his mentor and acting coach. He won a starring role in a movie called “And They’re Off”, about horse-racing. Unfortunately, the movie was never released. Bill was signed by Director Robert Altman for a part in the movie “Streamers” with Matthew Modine, playing “Lieutenant Townsend”. Arriving in Los Angeles in 1983, he bussed tables in a sandwich shop, and managed to land some television parts in “Hill Street Blues” (where Hal Needham first saw him), “Hotel”, “Family Ties” and “Amazing Stories”. Although not a professional BMX rider, he was good enough in “Rad” to fool nearly anyone familiar with the sport.

My RAD Career is a roller coaster ride through Hollywood in the 1980s as seen through the eyes of one of the cult figures of the era, Bill Allen (star of the movie RAD). Starting as a teen actor on his first ill-fated film alongside a young George Clooney, Bill shares his personal and professional relationships through film and television roles with some of the greatest actors and directors of a generation such as Robert Altman, Oliver Stone, Tom Cruise, Brad Pitt, Brandon Lee, Lou Diamond Phillips, Michael J. Fox, Melissa Etheridge and more.

Told like you’re sitting with him over drinks at a bar, Bill takes you inside the show biz bubble to reveal his most jaw-dropping experiences spanning three decades. RAD fans will be blown away at the true behind-the-scenes look at the filming of the most iconic BMX movie ever and how Bill ended up playing Cru Jones, while lovers of ’80s culture and film will be fascinated to discover what it was like for Bill to date and get rejected by Lori Loughlin. Find out what really went on during this golden age of artistic development and output. Funny, irreverent, and gossipy, this sometimes philosophical and mystical journey is worthy of reading again and again.

​Mike Wagner is a 30+ year broadcasting veteran interviewing the most interesting guests from celebrities, actors, singers, writers to the most interesting people today! Mike is currently a weekend host on KFYR radio in Bismarck, North Dakota playing the greatest songs of all time every Saturday from 6-10a and Sundays from 2-6p Central time. Tune in to KFYR AM 550, KFYR.com, 99.7 FM, and iHeart Radio. You can also listen to the Mike Wagner Show on Soundcloud, Spreaker, Anchor FM and Spotify.

Listen to Bill Allen on the Mike Wagner Show here:

The official website for The Mike Wagner Show may be found at http://www.TheMikeWagnerShow.com