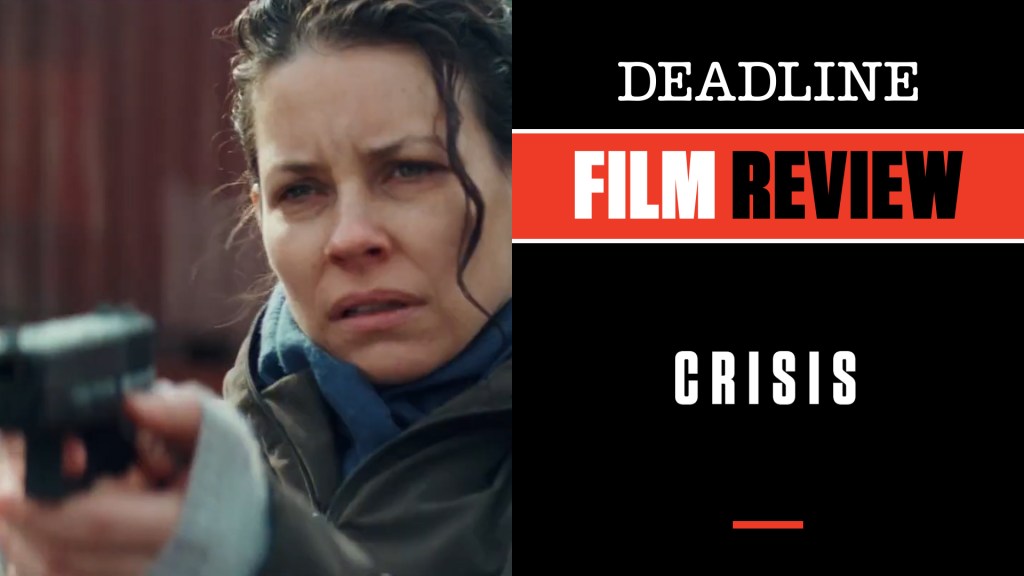 The new opioid drama Crisis weaves its way through three alternating stories all tied to the same subject — the tragic addictive nature of these drugs, and three individuals aiming to combat it in their own ways. A movie that undoubtedly will be compared to two multiple-Oscar-winning movies, Steven Soderbergh’s 2000 Traffic and Paul Haggis’ 2005 Best Picture champ Crash, largely because of the intersections of different characters walking their own path but on the same trail. Traffic especially seems to be a model here, albeit a superior one, as it attacked the war on drugs head-on, derived as it was from a longer miniseries and effectively whittled down to a memorable 2 1/2-hour film. Writer-director Nicholas Jarecki goes for the same effect here with earnestness, though not always as successfully as Soderbergh, but hey, few could. Nevertheless, the outbreak of opioid addiction in this country is epidemic, even if overshadowed in the past year by the pandemic. Jarecki’s film comes along at the right time to at least put an important focus back on it.

Using multiple storylines, we first meet Jake Kelly (Armie Hammer), an undercover DEA operative involved in infiltrating a couple of gangster drug operations, with the help of his partner (Jarecki) and a scheme involving cooperation from corrupt doctors and others as he battles the bad guys with his own unscrupulous methods, ones he has to explain to his boss (Michelle Rodriguez). Then there is Claire Reimann (Evangeline Lilly), a recovering addict in a 12-step program, with a loving son who suddenly goes missing and turns up dead. But how it can possibly be due to drugs? Getting no satisfactory answers, and in pure movie fashion, she takes on the task of going after the dealers herself. Finally, there is Dr. Tyrone Brower (Gary Oldman), a seemingly successful college professor who is also doing research on a supposedly miracle painkiller drug called Klanalon that actually isn’t addictive. On the contrary, the study that experiments on mice indicates it may be three times as addictive. Brower is being tempted with a very generous grant from Big Pharma as is the university — something the dean (Greg Kinnear) is keenly eyeing, but Brower is also battling his moral conscience.

The device of circling in and out of competing plotlines serves Jarecki pretty well here but also has the disadvantage of losing our interest at intervals, at once going from talky dissertations on doing the right thing to out-and-out gun battles and action sequences. It is a mixture that makes me think maybe this film would work just as well, if not better, if in the form of an HBO limited series. That it is going to be seen largely on TV as a PVOD attraction during this pandemic really won’t hurt it in the long run. It should play nicely, and certainly Jarecki keeps it flowing.

The director is making his first feature film since his impressive 2012 debut, Arbitrage, which took on the very topical financial crisis, so this is a filmmaker with a lot on his mind, and that is a good thing. We could use a few more Stanley Kramers. He also was able to cast this effectively. Oldman, as you might expect, is excellent here, so is Lilly, and Hammer is very fine as well, the latter in the midst of a career crisis himself. Real-life problems aside, I thought the actor handled this role very effectively.

Producers are Jarecki and Cassian Elwes. Quiver releases it Friday. Check out my video review with scenes from the film at the link above.

Do you plan to see Crisis? Let us know what you think.

Lyft says it just had its best week for rides since pandemic lockdowns began
Golden Globes Wins By Film & Distributor
Tory rebels threaten to vote against budget if taxes rise, as details of Sunak’s plans emerge
Do You Love Books and Hate Racism? Check out the KidLit Against Anti-AAPI Racism Auction Fundraiser
Bunny Wailer, Reggae Legend and Wailers Co-Founder, Dies at 73