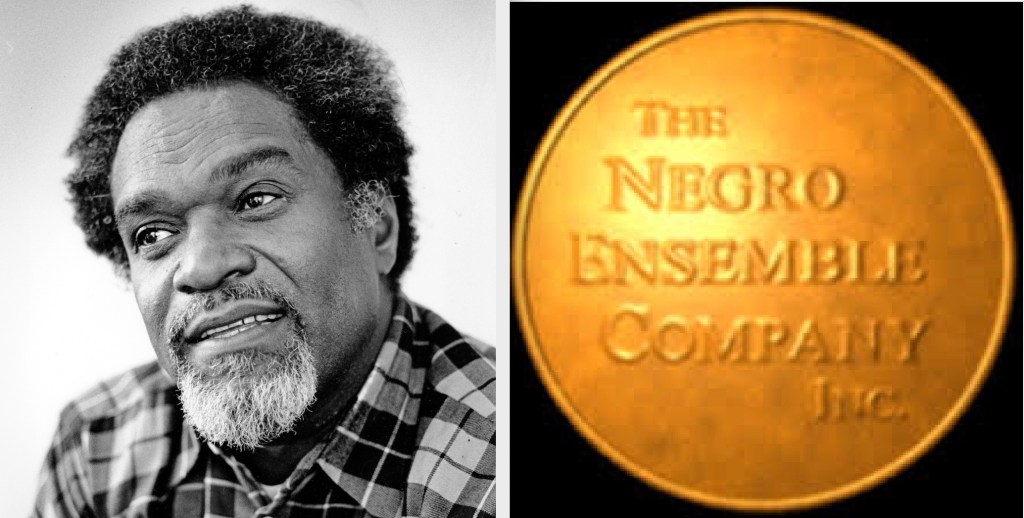 Douglas Turner Ward, the director, actor and playwright who co-founded the landmark, influential Off Broadway Black theater group the Negro Ensemble Company, died Saturday, Feb. 20, at his home in New York City. He was 90.

His death was announced by his wife Diana Ward.

Ward had already begun a solid New York stage acting career in the 1950s and ’60s – including Off Broadway roles in The Iceman Cometh and on Broadway in A Raisin in the Sun – when, according to The New York Times, he wrote a 1966 editorial for that newspaper headlined “American Theater: For Whites Only?” The article called for the establishment of a Black repertory theater company. Turner wrote, “Not in the future…but now!”

A year later the Ford Foundation awarded a $434,000 grant to create the Negro Ensemble Company with Ward as artistic director, along with Robert Hooks and Gerald S. Krone in other leadership roles.

“A true renaissance man…actor, playwright, director, mentor to so many young actors [and] creatives of color,” tweeted David Alan Grier, a current Tony Award nominee for his featured performance in the 2020 Broadway revival of A Soldier’s Play. “Doug told me years ago ‘It’s nice that you make money in Hollywood but don’t forget the theatre you must always come back.’”

Slave Play playwright Jeremy O. Harris tweeted, “An american titan has left us today and I hope that every american theatremaker takes note of Douglas Turner Ward’s outsized contributions to our field. Without him there would be no Slave Play, no Bootycandy, or Topdog/Underdog. RIP an avant-garde hero.”

In the ensuing decades after its founding, the celebrated Negro Ensemble Company would produce some of the most important works of Black theater, including the 1972 staging of The River Niger. The drama, written by Joseph A. Walker, later opened on Broadway and won the 1974 Tony Award for best play, with Ward as director and performer. (A 1976 film adaptation of the play starred James Earl Jones, Cicely Tyson, and Louis Gossett, Jr.)

The Negro Ensemble Company became a prominent and prolific presence Off Broadway, earning Obie Awards or nominations for such works as Dream on Monkey Mountain (1971), The Great McDaddy (1974), The First Breeze of Summer (1975), Eden (1977) and Home (1979). A TV adaptation of Lonne Elder III’s play Ceremonies in Dark Old Men debuted in 1975.

In 1981, the Negro Ensemble Company staged what would be its most widely known work: Charles Fuller’s Pulitzer Prize-winning A Soldier’s Play, directed by Ward and with a cast including Denzel Washington and Samuel L. Jackson. Three years later the play was adapted for film as A Soldier’s Story, and in 2020 A Soldier’s Play was revived on Broadway with a cast fronted by Blair Underwood and David Alan Grier. The revival, directed by Kenny Leon, has been nominated for seven pending Tony Awards.

As a playwright, Ward, who had written for the Communist Party newspaper The Daily Worker early in his career, penned the 1965 Off Broadway double-bill of comedies Happy Ending and Day of Absence, and would later write other one-act plays (The Redeemer, Brotherhood and The Reckoning). Ward was inducted into the Theater Hall of Fame in 1996.

Ward is survived by his wife, as well as daughter Elizabeth Ward-Cuprill and son Douglas Powell Ward, and three grandchildren.

Rest n Peace Douglas Turner Ward. A true renaissance man…actor, playwright, director, mentor to so many young actors n creatives of color. Doug told me years ago “It’s nice that you make money in Hollywood but don’t forget the theatre you must always come back 🙏🏾 🎭 pic.twitter.com/hSEehbvGA0

An american titan has left us today and I hope that every american theatremaker takes note of Douglas Turner Ward’s outsized contributions to our field. Without him there would be no Slave Play, no Bootycandy, or Topdog/Underdog.

Russia Launches Its First Arctic-Monitoring Satellite Arktika-M
Coinbase prospectus lacks key trading details for investors who want in on the direct listing
7 free steps to feel ‘unanxious’: How to manage your worries, transform your attitude and feel more positive
House Passes $1.9 Trillion Covid-19 Bill; What Showbiz Can Expect
GLAMOUR Women of the Year Gamechangers in Music: Little Mix on their decade at the top and new life as a trio: ‘We’ve really shown that women standing together works’