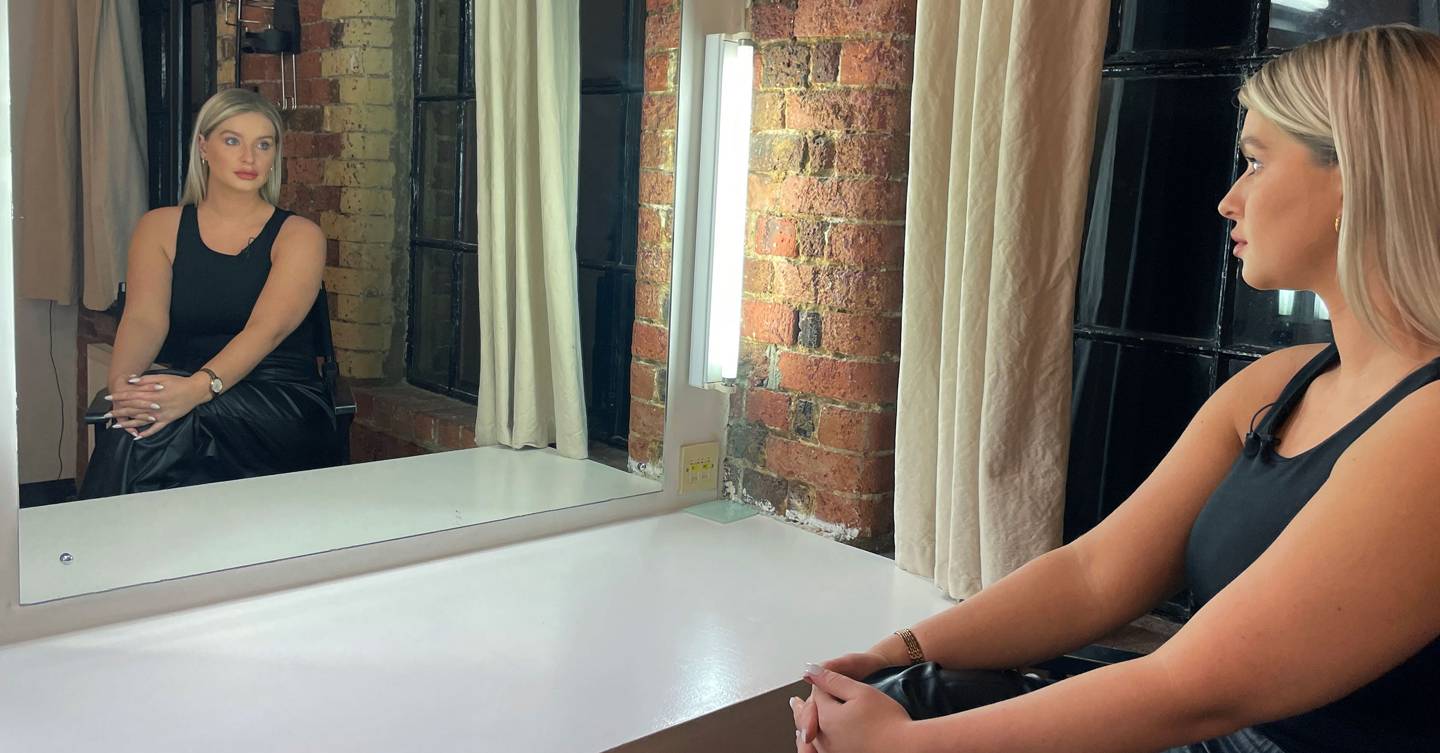 A new BBC Three documentary called ‘When Nudes Are Stolen’ explores a specific form of image-based sexual abuse known as ‘eWhoring’. The series is presented by former-model-turned-influencer Jess Davies, who has been a victim of the crime and had her intimate images stolen and sold online by strangers in dark parts of the internet.

Here, Jess tells GLAMOUR about the rise in criminal trading of nude images, how it feels to be a victim, and the changes she hopes to see so that no woman has to endure this abuse again…

eWhoring is the term used for a type of online fraud which sees predominantly women’s nude and sexual images and videos packaged up and then traded and sold on underground forums. Scammers then use these images and videos to impersonate women online to scam money out of men. Packs of nudes are traded like Pokemon cards, it’s a pretty dark and dismal world.

I think it’s really important that attitudes towards women’s bodies are finally being discussed in the mainstream. For so long, people have been afraid to speak out due to fear of shame and judgement which has had a knock-on effect when it comes to conversations around consent and seeing women as human beings, not just objects or commodities.

Have you had much interaction with Zara McDermott over the topic?

How did it feel to discover your images were being traded by eWhorers?

It makes you feel dirty and worthless, which is exactly what these people want to do – to stop you from appearing like a rounded human being with hopes and dreams. When we started making this film we were told that it would near enough be impossible to prove that I had been eWhored because the community is so secretive, and they manipulate images to make them difficult to Google reverse image search etc.

To post my image in an eWhoring forum and have someone respond within two minutes that they recognised me, had my pack, and were willing to sell it to me for an Amazon gift card was just gut-wrenching. It made me realise just how widespread my images must have been sold and leaked.

How has this impacted your life?

It can be an overwhelming feeling knowing you have no control over what your images are being used for, and where they’re ending up. The shame that is attached to being a woman whose naked body has been viewed on the internet, that people are judging your whole character and worth on what is simply an image of your body in its natural state, that never leaves you.

My friends and family have always been really supportive, but they know how much the judgements and mean comments can upset me sometimes.

Emma Barnett: Misuse and abuse of nude photos can utterly ruin your life, so what can we do about it?

Were you given any advice at the time?

When I started glamour modelling there was no conversation or concern around where your images would be shared or end up. There was no trying to control or protect what could happen. I was very naive and simply didn’t understand how the internet worked, which sounds ridiculous now! I remember early on finding out that images from my official website were being promoted on porn sites to drive members, I hadn’t been consulted on it and if I had then I would have said no immediately, which I did when I found out. For me, it all boils down to consent and having the respect for women to treat them as humans and not just objects.

To those who say ‘you shouldn’t have taken naked pictures then’ – what would you say to them? Why is this such a misguided view?

This view shifts all the blame on the victim and none on the perpetrator, which is a dangerous rhetoric to start to dive into when you look at it on a wider scale of victim blaming women. I am not the one using my pictures to scam people, that is a conscious choice someone else has made.

I think that kind of mentality is one step away from ‘what were you wearing at the time?’, ‘why did you drink so much?’, ‘why didn’t you get a taxi?’ We’ve seen recent events in the news reflect that you can do everything right and bad things can still happen to you. The blame and shame for image based sexual abuse should lie solely on the perpetrator who is trading, leaking and selling images without consent on places and in ways they never had permission for. Not on the women who had every right to take an image of their own body. That’s the big thing I think needs to change in society, where the blame is placed.

It de-humanises me down to just an object – takes away my personality, my friendships, my hopes and dreams – all because my breasts are on the internet

What do you hope will come from making this documentary?

I hope it will spark some conversation around consent and how wide spread that can be- these individuals are effectively claiming ownership of these women and their bodies through their images without any thought of the person behind the picture and whether they would want their images traded and leaked on these sites.

On a wider scale, I hope it opens up some important conversations around the judgemental attitude towards women who choose to make money by taking photos of their body. There seems to be a barometer when it comes to respecting women, where we as a society have decided who is worthy of respect and who isn’t based on their sexual history and their job. I, as an ex-glamour model am seen as fair game. It de-humanises me down to just an object – takes away my personality, my friendships, my hopes and dreams – all because my breasts are on the internet. That level of shame and judgement simply does not exist in the same way for men.

What would your advice be to other women experiencing a similar thing?

Don’t blame yourself, because you are not in the wrong here. Whether you uploaded something to a subscription website, or had your private images leaked by an ex-partner – you never consented to having your images shared and sold in underground forums, and commented on in such derogatory ways. If people can’t see that this is wrong, then we have a much wider societal issue on our hands.

Do you think the law needs to go further and what would you like to see?

Absolutely, I think the internet is a ticking time-bomb waiting to explode. In the last nine years since my images were first posted online, the internet has changed so much. I could never have anticipated the sheer scale of how they’ve been shared and misused. With subscription sites seeing a huge boom in members signing up and sharing images, something has to change within the law to protect those images from being misused, packaged up and sold online.

I think we also need to protect the individuals in them more as well because it does take a mental toll on your well-being when you are objectified, that should never become normalised but it has. People understand that when they are signing up to Netflix and watch a film, they don’t have ownership of that movie they are simply paying to watch- I don’t know why it is so difficult to have that same mutual respect and agreement when it comes to viewing women’s nudes online. You don’t own them, you can’t do what you want with them, but that’s the position we’ve got ourselves in to.

Watch ‘When Nudes Are Stolen‘ on BBC One 7th April at 10.45pm, or stream now via BBC iPlayer.