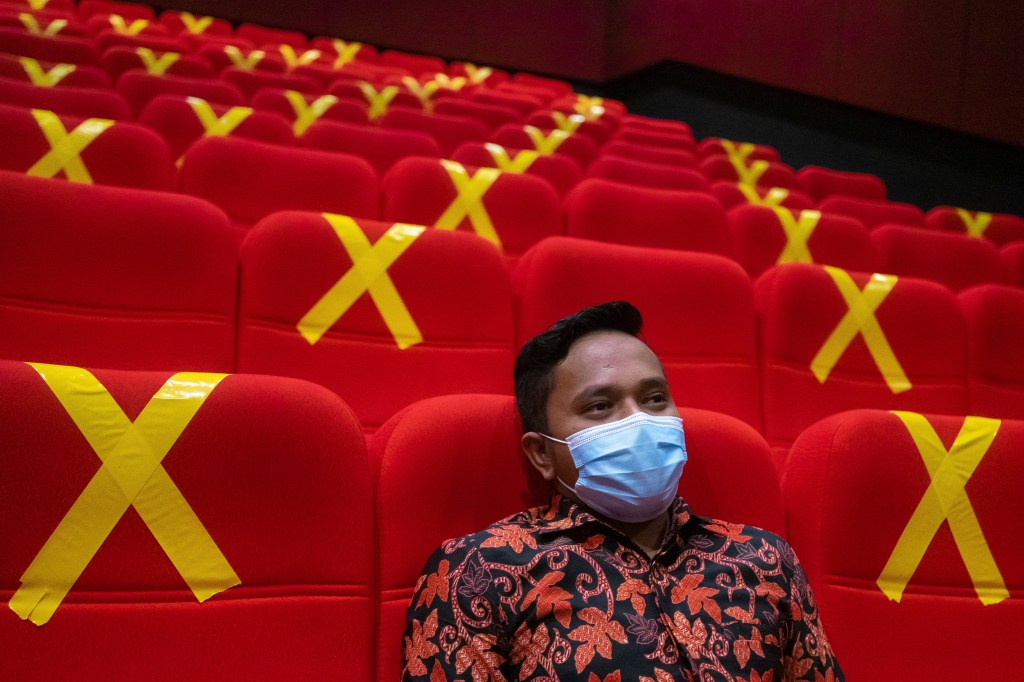 “The Blueprint as it’s devised now will no longer be in effect as of June 15,” said California Director of Health Services Dr. Mark Ghaly on Tuesday. He was referring to the state’s tiered reopening plan, which has kept some businesses closed and allowed others to slowly reopen. Ghaly emphasized that the date will hold so long as vaccines are available and so long as the state sees a low level of disease.

If so, capacity restrictions on movie theaters, concert venues and (assumingely) theme parks will be eliminated. The state’s mask mandate, however, will remain.

“We still see masking as a key protective feature,” said Ghaly, noting that there is “no timeline for ending the mask requirement.”

In a sense, masks and vaccinations will be replacing the specific sector limitations and become the entire scope of preventative measures imposed by the state. “We are going to move beyond sector-by-sector capacity limits,” observed Ghaly, “and [transition to] making sure that as many Californians as possible get vaccinated and mask wearing.”

Asked specifically about events with large crowds, Ghaly said of concerts, “Yes, we feel comfortable at letting those limits go to full capacity.” But not so for conventions and festivals like Coachella.

Full capacity at convention centers won’t be recognized without vaccination or testing “until October 1,” according to Ghaly. “Additionally, large multi-day events, for example, Coachella, we don’t yet have the path for those to occur.” Ghaly said restrictions on those events will be lifted “likely well after June 15…We’re still working with our partners.”

Ghaly said the June 15 date was chosen because it’s “exactly eight weeks after we make all Californians eligible for the vaccine [on April 15].”