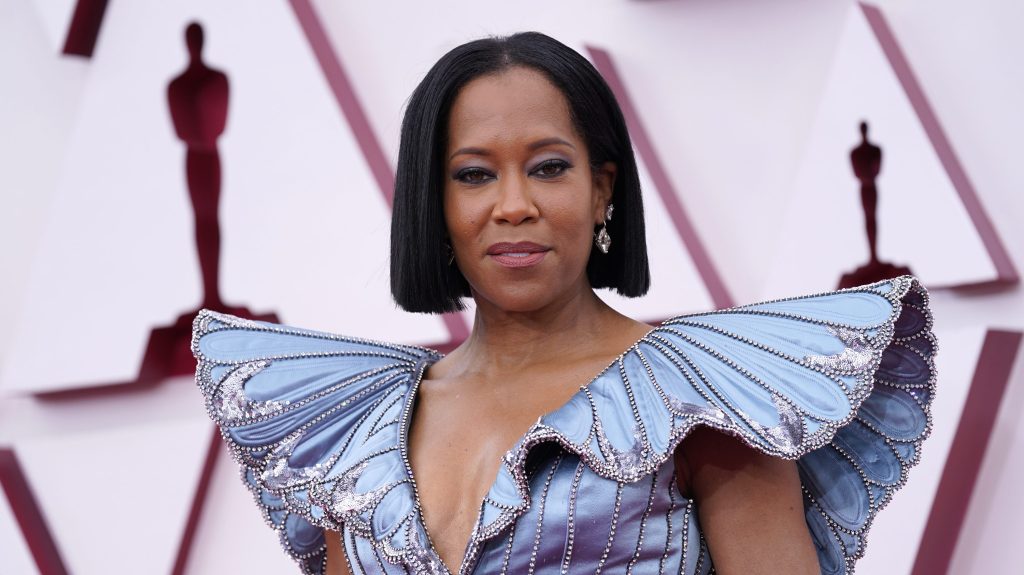 During an MSNBC interview on Saturday, Regina King learned, live on the air, that she is perhaps being considered to direct an upcoming Superman film for Warner Bros. and DC.

It was Tiffany Cross, of The Cross Connection, that first made King aware of the rumor. “I’m curious, because this is a little bit of gossip. You’re rumored to be on the short list to direct Superman. You and Barry Jenkins, both of your names have been thrown out there,” the MSNBC host said. “Anything you want to tell us? Is there any news you can break this morning about those conversations?”

“Tiffany, that is news to me. You have broke the news to me,” laughed King. “A news break, live on MSNBC!

“Yeah, no, I have not heard that until just now,” she continued, appearing a bit gobsmacked.

At this point, any discussion of King’s involvement with Superman is purely speculative. According to The Hollywood Reporter and other outlets, she is one of a number of high-profile directors being considered for the recently announced superhero project, which is being written by Ta-Nehisi Coates, with J.J. Abrams and Hannah Minghella serving as producers. Others who have reportedly been discussed as directors for the project include Jenkins, Ryan Coogler, Steven Caple Jr., J.D. Dillard and Shaka King. Per THR, Warner Bros. and DC are committed to hiring a Black director for the project, given that it will be the first to ever center on a Black Superman.

Superman rumors involving King come on the heels of the announcement that she will be directing an adaptation of the Image Comics series Bitter Root for Legendary. Last year, the actress made her feature directorial debut with One Night in Miami…, an adaptation of the acclaimed play by Kemp Powers, which went on to claim three Oscar nominations, including Best Supporting Actor, Adapted Screenplay and Original Song.

Check out King’s entire conversation with Cross below.