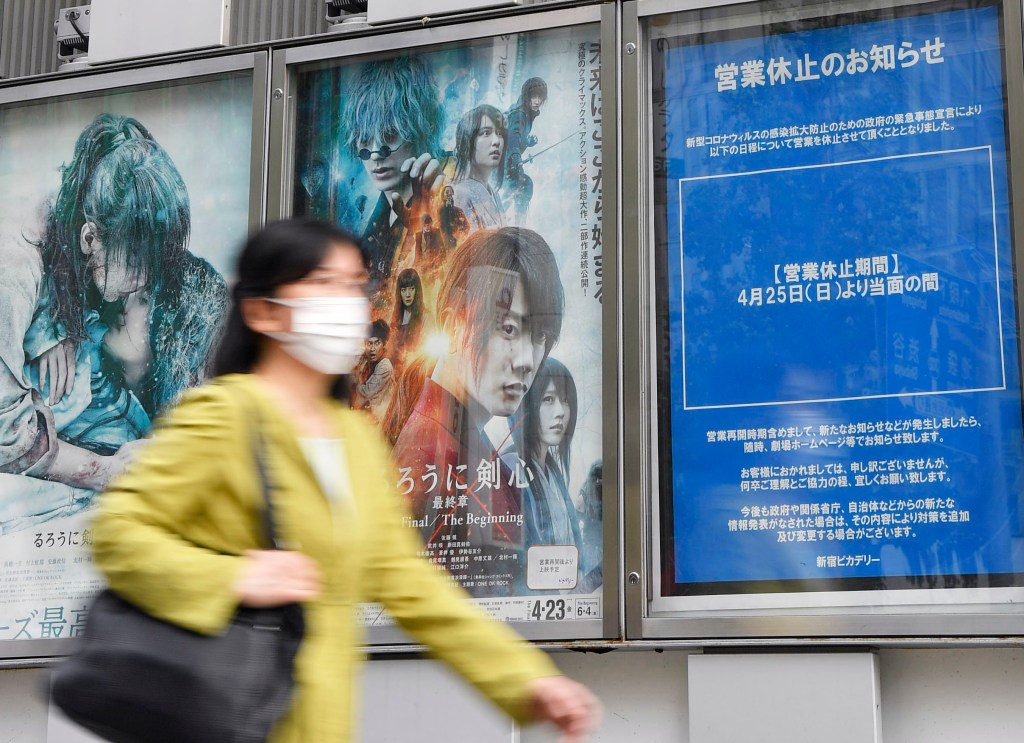 Cinemas in Tokyo and Osaka will be allowed to reopen from June 1, as local authorities ease restrictions on large-scale facilities. The central government of Japan is extending a state of emergency, however, until June 20. Meanwhile, Universal Studios Japan is also set to open its doors on Tuesday, at reduced capacity and on weekdays only until further notice, the park said.

The Tokyo Metropolitan Government will allow cinemas to operate at 50% capacity and until 9PM, The Japan Times reported. Osaka Prefecture will likewise be permitted to open, though only on weekdays until 9PM and also with a capacity cap. Major chain Toho Cinemas said it would reopen some 20 sites tomorrow across the two areas and United Cinemas confirmed three reopenings in Tokyo, with masks and socially-distanced seating. This past weekend, movie theaters in 10 prefectures (Tokyo, Osaka, Kyoto, Nagoya, Fukuoka, Hyogo, Hokkaido, Hiroshima, Okinawa and Okayama) were still shuttered or operating under restricted capacity and shortened hours. Tokyo and Osaka represent 35% of Japan’s box office.

Last week, the Motion Picture Producers Association of Japan urged lawmakers to approve the resumption of business from June 1 “on the premise that we will take all possible measures against infectious diseases,” and noting that there are “no clusters in movie theaters.” The letter was signed by the heads of major companies Toho, Shochiku, Toei and Kadokawa, with the hashtag “#NOMORE Movie theater closed.” They also requested that national and local governments “expand and provide cooperation money” in light of the damage done by Covid to the industry and also “to give some consideration to movie distribution companies.”

Today, the Motion Pictures Producers Association, along with the Japan National Federation of Entertainment and the Tokyo Metropolitan Entertainment Association of Living Hygiene thanked authorities for “acknowledging our claim, as well as the movie-related people who strongly supported our claim, and above all, the movie fans who gave us a lot of encouragement.”

Japan had rebounded greatly when cinemas initially reopened last year, notably with the runaway success of Demon Slayer – Kimetsu No Yaiba The Movie: Mugen Train which became the biggest film ever in the market. Cinemas this year were shut in Tokyo and Osaka beginning April 25 with a state of emergency extended on May 11.

Universal Studios Japan closed on April 25 this year and now says it will continue to implement enhanced health and safety protocols and capacity control measures while Osaka Prefecture remains under a state of emergency, as well as thereafter. Guests will be encouraged to leave the park at varied times to avoid congestion. Masks will be mandatory and there will be temperature checks at the entry.

There is still a cloud of doubt over the Olympics which are due to begin on July 23 in Japan. As of Friday, just 4% of residents have been vaccinated and most oppose the idea of athletes from 200 countries coming in for the event; doctors and other officials have voiced strong objections.

Tokyo on Monday recorded 260 new Covid cases, down from 340 last Monday, while Osaka had 98 — the first time the daily number has fallen below 100 since March 22, according to NHK.