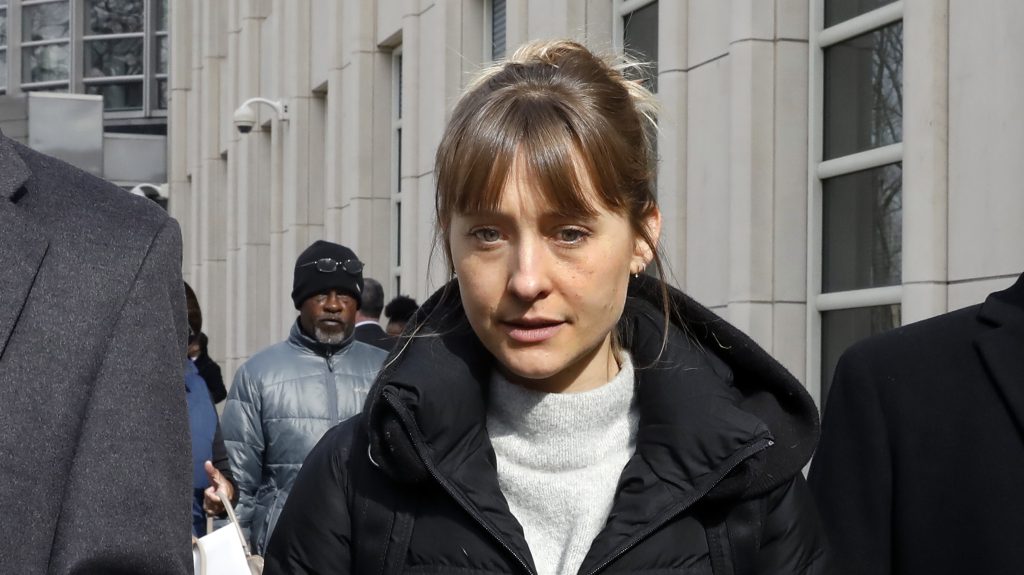 Mere days after federal prosecutors recommended that Allison Mack receive leniency for her involvement with the NXIVM cult, the former Smallville actress and her attorneys have directly requested no time behind bars.

“It is now of paramount importance for me to say, from the bottom of my heart, I am so sorry,” said a letter from Mack herself, accompanying sentencing guideline recommendations from her attorneys.

“I threw myself into the teachings of Keith Raniere with everything I had. I believed, whole-heartedly, that his mentorship was leading me to a better, more enlightened version of myself. I devoted my loyalty, my resources, and, ultimately, my life to him. This was the biggest mistake and regret of my life,” Mack added.

Mack is scheduled for sentencing on June 30. The FBI arrested her in Brooklyn on April 20, 2018, on charges of sex trafficking, sex trafficking conspiracy, and forced labor conspiracy, pertaining to her role in NXIVM. While the organization founded by Keith Raniere claimed for many years to be a multi-level marketing company, that label ultimately belied much more sinister activity, on the part of Raniere, Mack and other members.

Though Mack plead guilty to racketeering charges in April of 2019 and could serve between 14 and 17 years behind bars, prosecutors recommended leniency, given her cooperation in the investigation of Raniere, which ultimately contributed to his conviction. The key asset at Mack’s disposal, in this respect, was an audiotape, played on numerous occasions during Raniere’s trial, in which the convicted sex trafficker discussed branding his initials on female cult members he groomed as “slaves.”

Raniere was sentenced to 120 years in prison last year, after being convicted on charges of sexual exploitation of a child, sex trafficking conspiracy, forced labor conspiracy, racketeering conspiracy, wire fraud conspiracy and more.

Tech layoffs send visa holders on frantic search for employment to avoid deportation
UK Rapper Pa Salieu Sentenced to 33 Months in Prison
Who will be Disney’s next CEO? Here are the top contenders to succeed Bob Iger
‘It was shocking to see the material was that bad’: Friend of girl who died from self-harm hits out at social media
‘Love Island’ Heads To Israel; Viaplay Calls ‘Bullshit’; Eagle Eye ‘Professor T’ & ‘Suspect’ – Global Briefs