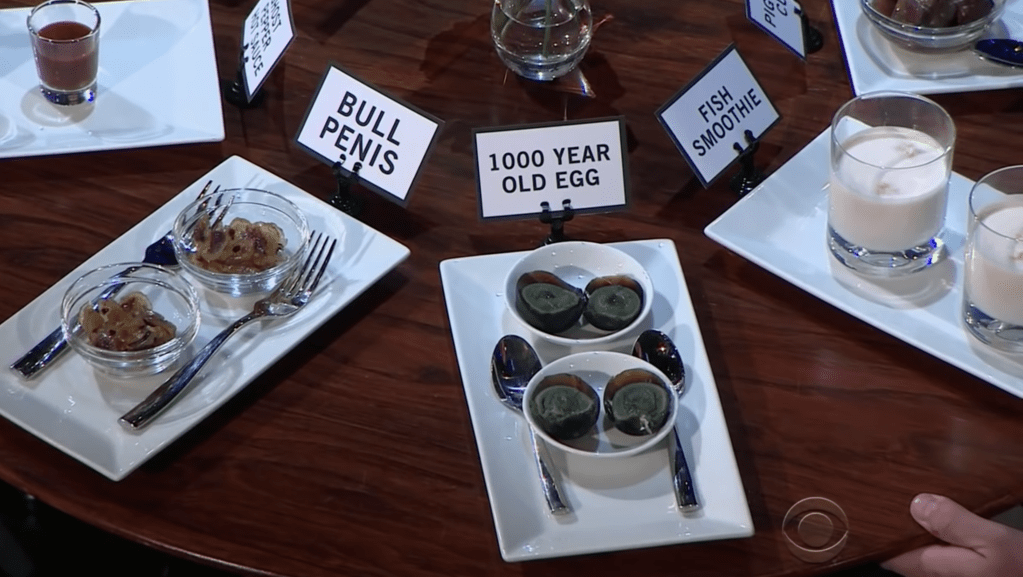 ‘Spill Your Guts’ might have drawn its last breath.

James Corden recently went on The Howard Stern Show to talk about the latest changes to his controversial segment. The game segment, which recurs on his late night program, asks celebrities to either reveal true secrets, or eat revolting foods, in some cases sacrosanct Asian delicacies.

ok but this is actual Asian food & youre going on live tv telling people how gross it is. thats cringe

Kim Saira, the author of the TikTok video, started a Change.org petition that calls for the segment to be taken off the air due to to its insensitive portrayal of Asian foods, for Corden to formally apologize for the affront, and for the show to donate money to local Asian American organizations. The online petition has over 45,000 signatures and counting.

“In the wake of the constant Asian hate crimes that have continuously been occurring, not only is this segment incredibly culturally offensive and insensitive, but it also encourages anti-Asian racism. So many Asian Americans are consistently bullied and mocked for their native foods, and this segment amplifies and encourages it,” the petition reads.

In the Stern interview, an apologetic Corden said he would keep the segment but would adjust the dishes being used.

“We heard that story, and the next time we do that bit we absolutely won’t involve or use any of those foods,” Corden said. “As you said at the start, our show is a show about joy and light and love, we don’t want to make a show to upset anybody.”

Corden said the foods would be more of a fattening, diet-destroying nature referring to an old segment with Anna Wintour, the Condé Nast figurehead.

“In the same way that when we played it with Anna Wintour, we gave her a pizza covered in cheeseburgers,” Corden explained.

Man behind the Korean wave talks about the future of K-pop and what aspiring artistes can do
The Strokes Announce New Vinyl Box Set of Singles
7 Tips to Try If Your Eczema Makes You Feel Self-Conscious
Delta is making it harder to get into its airport lounges after they were flooded by travelers
Ford claims No. 2 spot in EVs behind Tesla – but gap remains wide