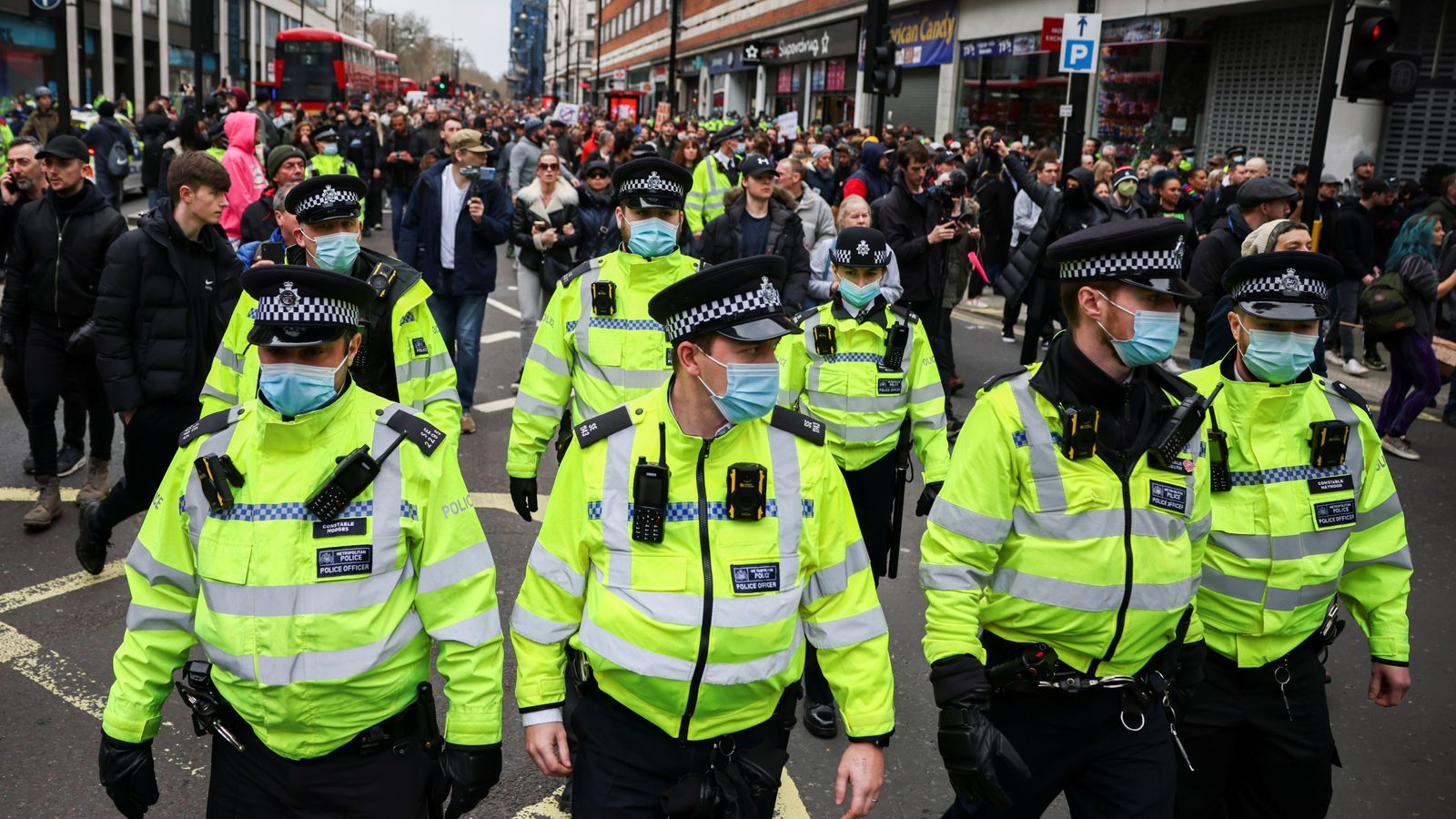 Boris Johnson has pledged to ensure “less crime, fewer victims and a safer society” as the country recovers from the pandemic.

The government will unveil its new Beating Crime Plan on Tuesday which will see the creation of league tables for 101 and 999 call answering times so the public can see how quickly their local force is when responding to calls for help.

The initiative will also ensure every neighbourhood in England and Wales is allocated a named and contactable police officer dedicated to serving their area.

The prime minister said the plan, which builds on the Conservative Party’s manifesto promise to crack down on crime, will ensure everyone has the security and confidence that comes from having a safe street and a safe home.

“When I first stood on the steps of Downing Street as prime minister, I promised to back the police and make people safer, because we cannot level up the country when crime hits the poorest hardest and draws the most vulnerable into violence,” the PM said.

“That is why my government has remained unstinting in its efforts to protect the British public and this plan delivers a fresh commitment, as we emerge from the impacts of the pandemic, to have less crime, fewer victims and a safer society.”

But speaking on LBC on Monday, Labour leader Sir Keir Starmer dismissed the initiative as a “ridiculous gimmick”.

The plan focuses in particular on tackling serious violence and neighbourhood crime.

The measures proposed include:

• Getting offenders to clean up streets, alleys, estates and open spaces

Home Secretary Priti Patel said the plan will deliver “a better future for the British public”.

“I am absolutely determined to cut crime and deliver a safer society for the public, and the Beating Crime Plan shows how the government is going to do just that,” Ms Patel said

“We’re putting 20,000 new police officers on the street, equipping them with new powers to catch criminals and take away knives, and shutting down drug gangs who exploit children and the vulnerable to make money.

“This plan sets out a clear path for a better future for the British public – one with less crime, fewer victims, and a safer society for all.”

Justice Secretary Robert Buckland added: “We’ve backed the Probation Service with an extra £310 million to boost recruitment to record levels and expanded the use of electronic tags to keep an even closer eye on offenders.

“We’re also toughening sentences for the most dangerous, building 18,000 more prison places and putting victims at the heart of all our reforms so that they and the wider public are better protected.”

The government will also initiate the use of drug testing upon arrest to drive down illicit demand and misuse.

A summit bringing together employers, educators, enforcement and health partners will be convened to “work up a comprehensive package” to achieve this, they said.

But Labour accused the government of being “all talk and no action” on crime.

“The Conservatives are all talk and no action when it comes to tackling crime. On their watch, police numbers are down and community policing has been decimated. Coupled with an insulting pay freeze, it is no wonder frontline police have declared no confidence in the home secretary.

“There are already targets in place for emergency response times and having named officers in wards is not enough to make up for the devastating scale of Conservative cuts to community policing that drove police numbers down by 21,000.

“Little wonder that, on their watch, anti-social behaviour is rocketing, there are record low convictions for rape, and violent crime is devastating communities across the country.”

“It’s vital that children who are trapped in a cycle of exploitation are identified and get support to stay safe. However, it is equally important that help is available to prevent them being exploited in the first instance,” she said.

“Prevention is better than cure. We need to be helping young people well before they end up being rushed into A&E fighting for their lives.

“We want to see a long-term plan for investment in early help for children at the first signs that they are vulnerable to being groomed. Short-term limited resources do not go far enough in providing the solutions needed across the country.”