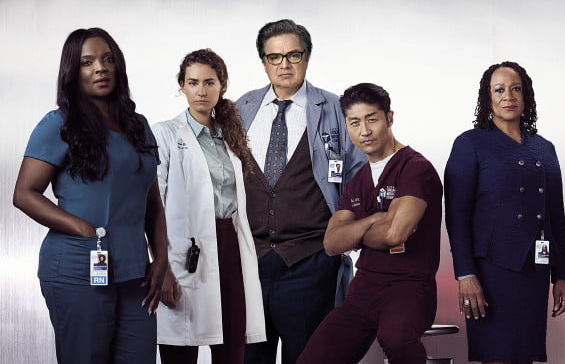 EXCLUSIVE: NBC’s Chicago Med has become one of the first network series to mandate vaccinations for its actors as well as those who come into contact with them on set.

I hear the Wolf Entertainment/Universal Television production sent an email to everyone working in “Zone A,” which consists of the actors and those working in close proximity to them, informing them of the new policy.

The Zone A cast and crew have until August 11 to get at least one shot and until September 10, 2021 to have a second shot, if they are going with Pfizer or Moderna vaccines. Exceptions will be considered on a case-by-case basis for disability or religious beliefs, subject to an HR review process, the letter noted.

The new return-to-work protocols agreed upon by the Hollywood unions and major studios last week give producers “the option to implement mandatory vaccination policies for casts and crew in Zone A on a production-by-production basis.”

Chicago Med is believed to be the second Universal Studio Group series to adopt the policy, joining the UCP drama Gaslit.

Netflix last month became the first major studio to implement an across-the-board mandatory vaccination policy for the Zone A personnel of all of their U.S. productions.