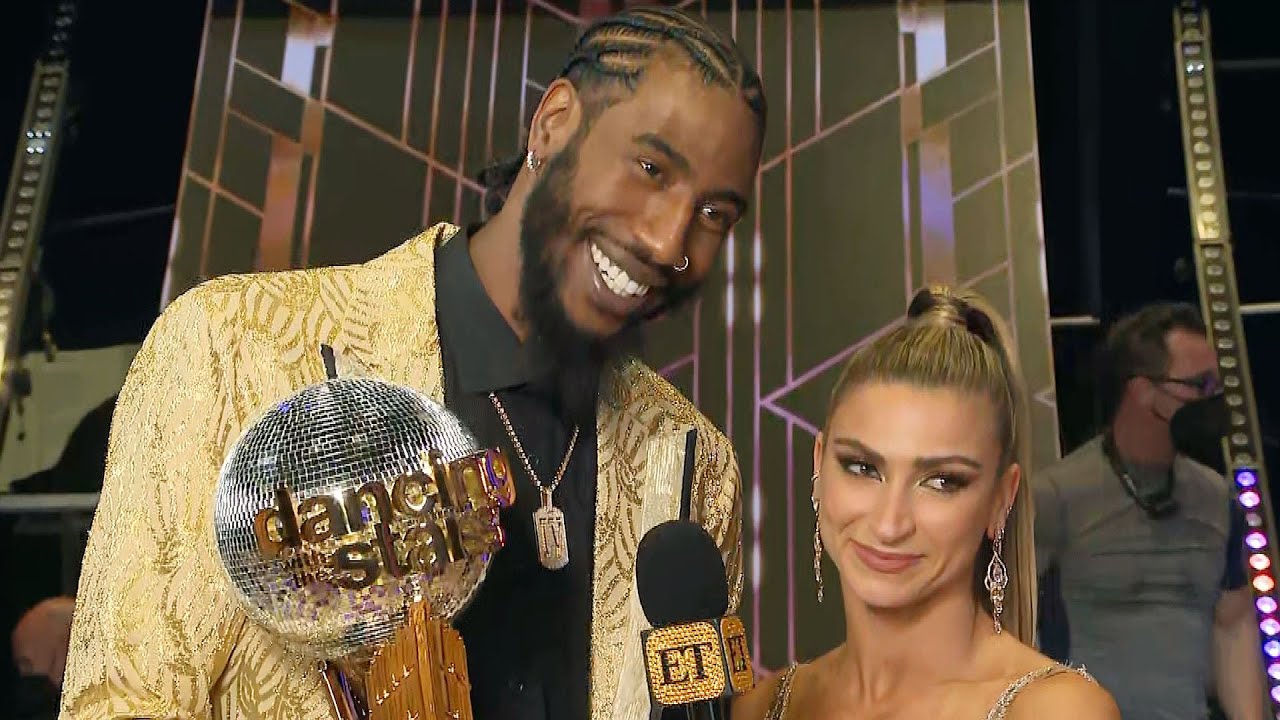 Iman Shumpert and Daniella Karagach share their excitement with ET’s Lauren Zima for winning season 30 of ‘Dancing With the Stars.’ Narrowly beating out JoJo Siwa and Jenna Johnson, Shumpert became the first-ever NBA player in ‘DWTS’ history to take home the mirrorball trophy. He calls the win a ‘tremendous honor,’ adding that he and Karagach ‘put in a lot of hours’ to become champions for the reality competition show’s milestone season. ‘Dancing With the Stars’ aired on ABC.