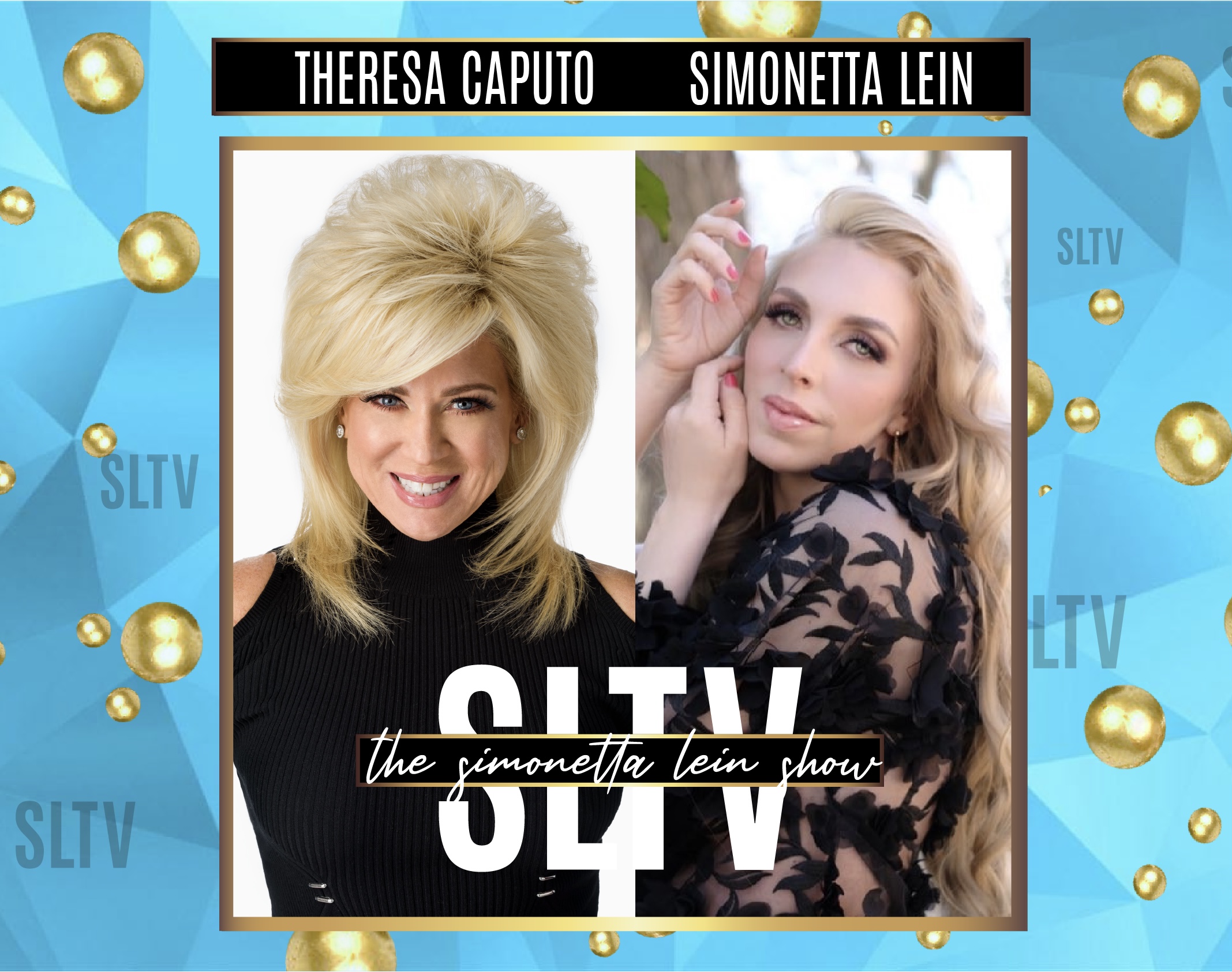 As The Simonetta Lein Show continues its 4th season into the New Year of 2022, the show kicks off with some much-needed clarity, welcoming the one and only, TLC’s Long Island Medium, Theresa Caputo! Theresa has been seeing, feeling, and sensing Spirit since she was just four years old, but it wasn’t until she was in her 20s that she learned to communicate with souls in Heaven. Theresa uses her gift of channeling Spirit to allow people to connect with their loved ones who have since passed. Through healing messages, Theresa is a source of light that many look for as we are all navigating through these unprecedented times. She has launched her own podcast, Hey Spirit!., where she conducts even more readings, shares words of encouragement with fans all over the world, and provides tips on how to live a happy and healthy life during our time on Earth. Theresa joined Simonetta to discuss the realities of living with such a gift, the challenges she faced growing up, some of her most staggering encounters and experiences with Spirit, and the absolute pleasure of connecting people with their past loved ones. It is an episode for the books. Don’t miss out! 📺✨

Simonetta’s prominent profile on Instagram has earned her more than 6 million followers, and she continues to grow her following by demonstrating her commitment to making a difference in her adopted city of Philadelphia and all around the world.

Thank you to the beautifully dedicated #SLTV team

Acclaimed ‘Into The Woods’ Encores! Production Will Move To Broadway In June, With Some Cast Changes
NASA, ESA, JAXA to Soon Scale Up Documentation of Changes in Environment, Society on Earth
Join the Romance for Reproductive Justice Auction This Weekend
12 Of The Best Sapphic Romances To Read
PM receives Sue Gray’s full report into Downing Street lockdown parties, Sky News understands