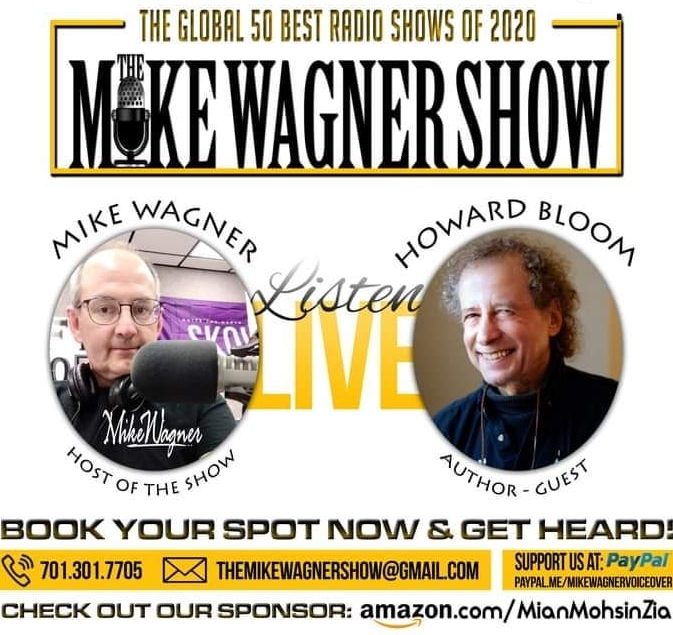 Howard Bloom has been called “next in a lineage of seminal thinkers that includes Newton, Darwin, Einstein, Freud, and Buckminster Fuller” by Britain’s Channel4 TV and “the next Stephen Hawking” by Gear Magazine.  Bloom is the author of seven books, including The Lucifer Principle: A Scientific Expedition Into the Forces of History and the new Einstein, Michael Jackson & Me: A Search for Soul in the Power Pits of Rock and Roll.

The Office of the Secretary of Defense threw a symposium on Bloom’s second book, Global Brain: The Evolution of Mass Mind from the Big Bang to the 21st Century, and brought in representatives from the State Department, the Energy Department, DARPA, IBM, and MIT. The eleventh president of India, Dr. A.P.J. Kalam called Bloom’s third book, The Genius of the Beast: A Radical Re-Vision of Capitalism, “a visionary creation.”  And the Sheikh who runs Dubai named a racehorse—the Beast–after that same book.

Bloom has published or lectured scholarly conferences in twelve different fields, from quantum physics and cosmology to neuroscience, evolutionary biology, psychology, information science, governance, and aerospace.  His work has appeared in the Washington Post, the Wall Street Journal, Wired, Knight Financial News Service, Cosmopolitan, The Village Voice, and the blog sites of Psychology Today and The Scientific American.

In a full-page article in Business Insider, SpaceX’s Elon Musk praised one of Bloom space projects, the Two Billion Dollar Moon Prize. The Two Billion Dollar Moon Prize was also covered in Time, Newsweek, CBS, NBC, Fox News, and Politico. And Jeff Bezos tweeted a Bloom blog from the Scientific American calling for the establishment of a permanent transport infrastructure in space.

Oh, and in 1976 Bloom went on what he called “a scientific expedition into the dark underbelly where new myths and movements are made.” He went into a field he had known nothing about and founded the biggest PR firm in the music industry, working with Michael Jackson, Prince, Bob Marley, Bette Midler, Bill Joel, Paul Simon, Kiss, Queen, Aerosmith, AC/DC, Run DMC, and over a hundred more. 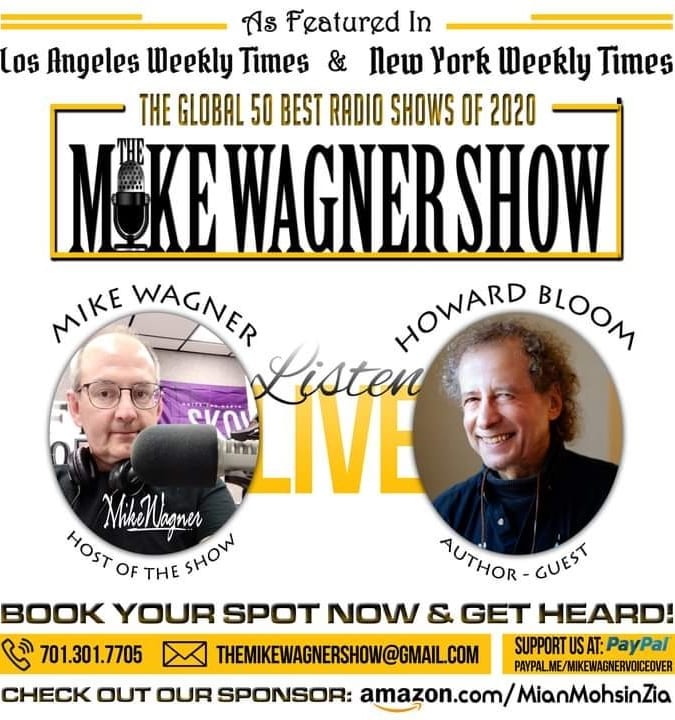 Concludes Joseph Chilton Pearce, author of Evolution’s End and The Crack in the Cosmic Egg, “I have finished Howard Bloom’s books, The Lucifer Principle and Global Brain, in that order, and am seriously awed, near overwhelmed by the magnitude of what he has done. I never expected to see, in any form, from any sector, such an accomplishment.  I doubt there is a stronger intellect than Bloom’s on the planet.”

The mission of The Howard Bloom Institute is to upgrade, uplift, and empower humanity. HBI aims to accomplish this through the promotion of the work and ideas of Howard Bloom. Ideas that offer a new perceptual lens through which to see everything inside you and everything around you in whole new ways.

HBI conducts itself according to Howard Bloom’s two rules to live by:

Want to change the way you perceive the world around you?  From politics to protons?  From depression and elation to bacterial social relations?  From black holes to the darkest depths of the human psyche? Then the HBI is the place for you.

Mike Wagner is a 30+ year broadcasting veteran interviewing the most interesting guests from celebrities, actors, singers, writers to the most interesting people today! Mike is currently a weekend host on KFYR radio in Bismarck, North Dakota playing the greatest songs of all time every Saturday from 6-10a and Sundays from 2-6p Central time. Tune in to KFYR AM 550, KFYR.com, 99.7 FM, and iHeart Radio. You can also listen to the Mike Wagner Show on Soundcloud, Spreaker, Anchor FM and Spotify.

Listen to Howard Bloom on The Mike Wagner Show here:

The official website for The Howard Bloom Institute may be found at https://howardbloom.institute

The official website for The Mike Wagner Show may be found at http://www.TheMikeWagnerShow.com