Tyrell Zimmerman has just released a very unique children’s book called “Carter: My Dream, My Reality”. The book focuses on violence, trauma, childhood PTSD and mental health particularly in urban communities. The book can be used as a tool guiding children towards healing and recovery. But that’s only part of who Tyrell is…. 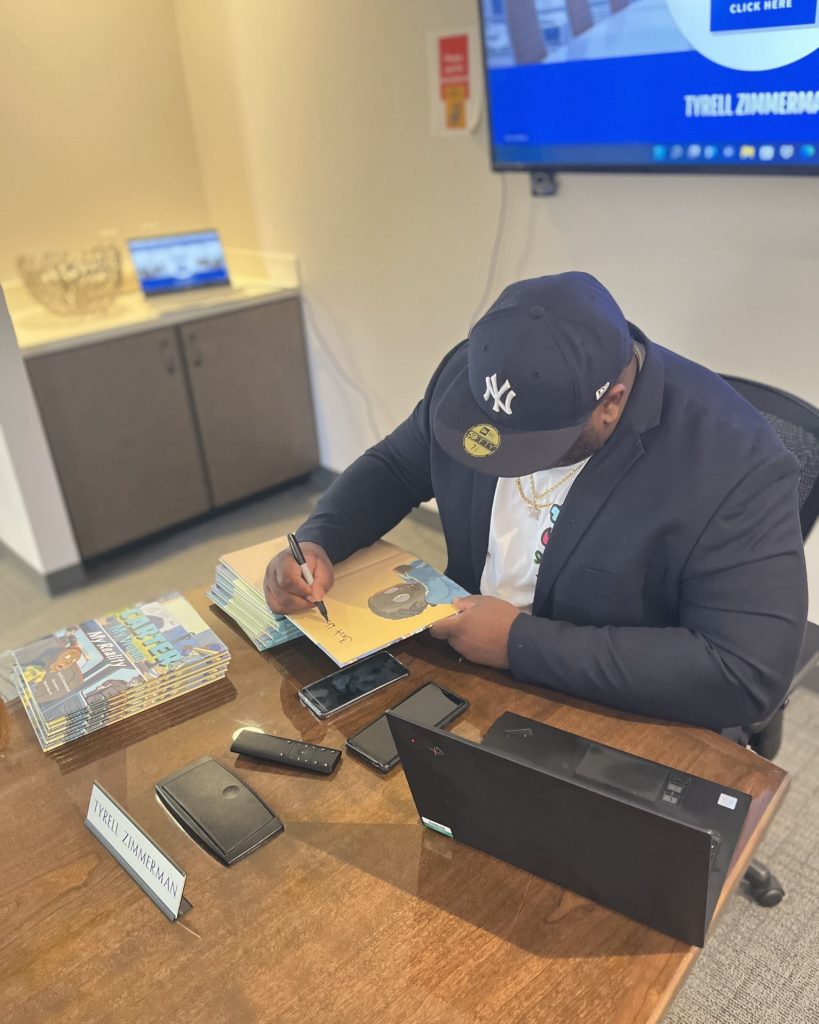 Zimmerman is a former professional American football defensive lineman who played for Northwest State University before transferring to Pace University. In 2010 Tyrell was an NFL draft prospect and was selected to play in the 2010 Valero Cactus Bowl.

Most recently on March 2, 2022 (National Read Across America Day), he was in an event where the NFL current and former athletes donated their time to serve as readers for the day in elementary schools around the country. According to Tyrell,  the NFL was one of the most impactful events that he was ever associated with.

We were able to exchange question and answers with Tyrell regarding the event, his book, and the NFL.….

How is the NFL supporting literacy, mental health and trauma in urban communities?

The NFL is supporting literacy, mental health, and trauma in various ways. They have several initiatives. This is something that the National Football League itself can speak to more in depth on. However, I can speak to the efforts and contributions that the NFL made directly to me and the communities that I serve. The NFL invited and sponsored children that completed my literacy program to attend the Super Bowl Experience. It was a wonderful opportunity for kids who would never get a chance to meet so many NFL Players and NFL Legends to be amongst the elite. I mean the children were so happy and still constantly talk about their experience. 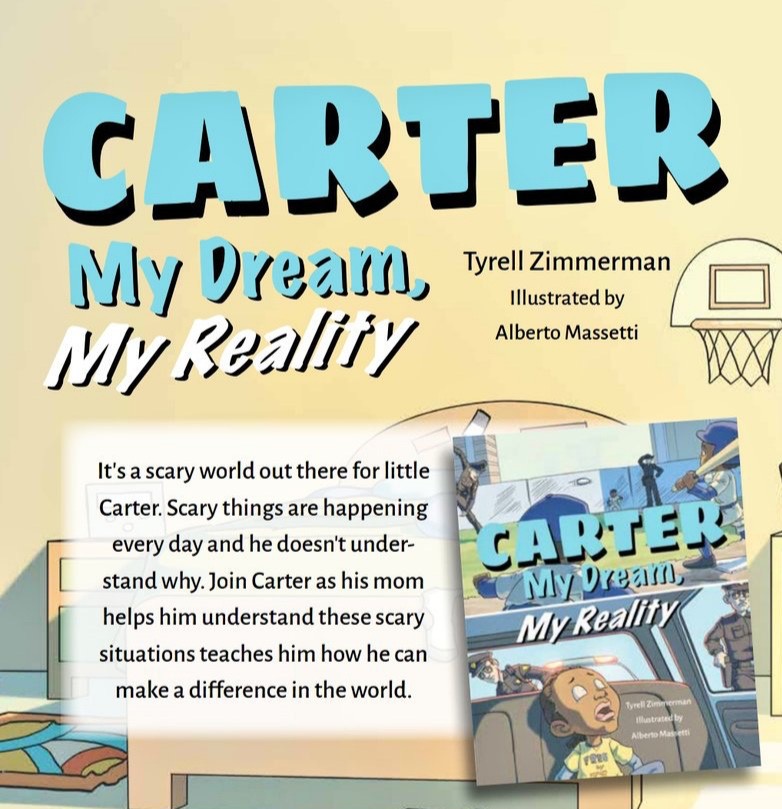 Can you describe the NFL event that you attended and supported?

March 2, 2022 was National Read Across America Day. This day was established by the National Education Association (NEA) in 1998 to help get kids excited about reading. It was also National Tackle Reading Day, which is an event where Current and former NFL athletes donate their time to serve as readers for the day in elementary schools around the country. This philanthropic event is provided at no cost for schools. National Tackle Reading Day was founded by former elementary school teacher Kathryn Starke, and she continues to put on this memorable event to inspire students across the country to love reading by tying this essential life skill to a memory with some of their favorite role models from the NFL. Together with the NFL this is one of the most impactful events that I have been associated with. 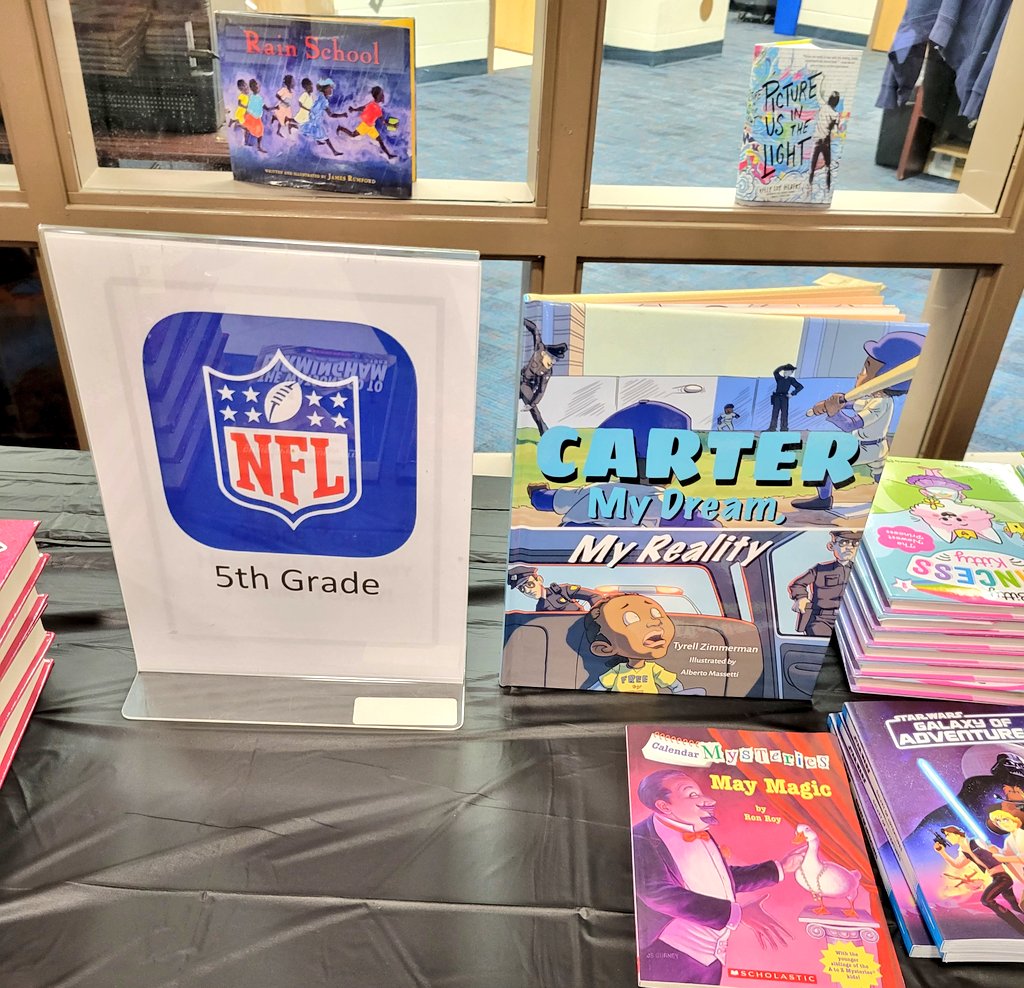 What influenced you to write your children’s book, and can you briefly describe its theme?

What influenced me to write my children’s book is a very easy question to answer. Simply put, Children! While spending several years after being a former athlete in the classroom in an urban high school K-8 school, I realized that a lot of those children were growing up like me in the hood, from the projects. They were experiencing very real dangerous and traumatic events on a daily basis, yet no one seemed to have any solution or way to meet the needs of children as it related to trauma. Mental health was a very real problem and I could no longer stand on the sideline, so I put myself in the game and created this children’s book, partially based off of my own childhood and the childhood of so many that look like me and come from where I come from. The book is centered around mental health and trauma in children. It’s about a little boy named Carter, who is afraid to go to school and chase his dreams because of the realities he faces every day. 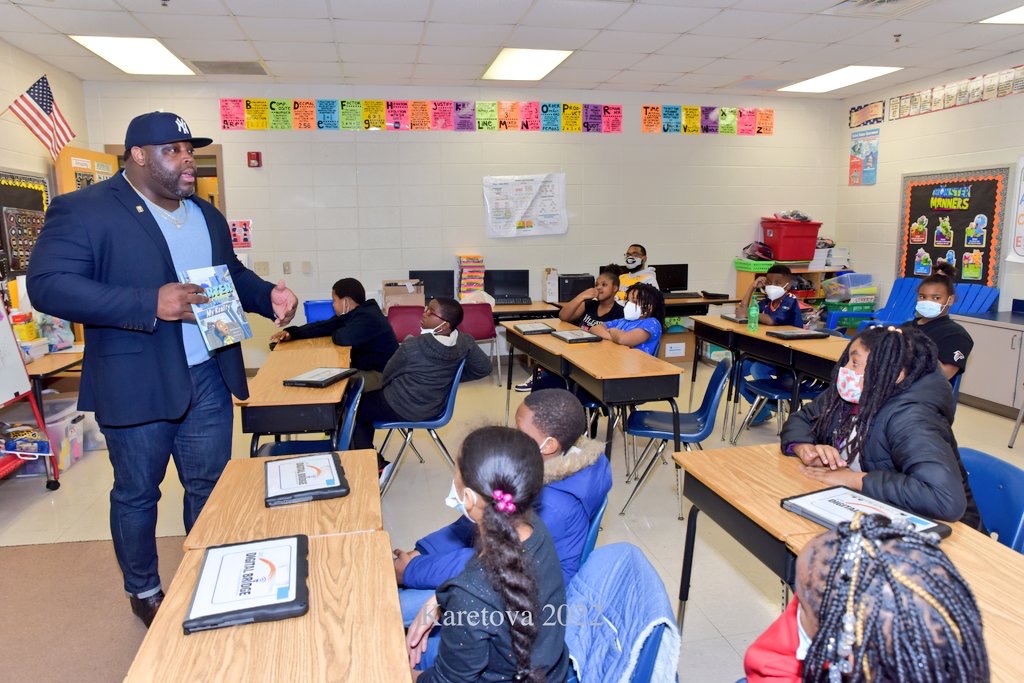 You have a unique partnership with the NFL, can you describe what that’s about?

Yes, I have a very unique relationship with the NFL. I would describe it by saying that the NFL and I align with each other on many things as it pertains to children’s health and wellness, and the NFL is aggressively seeking ways to and are taking action to impact the lives of so many children, especially those children who may be underserved. They have made themselves available in so many ways that you could not imagine. They have even included my children’s book in the NFL Legends Community Resource Library, where current and former players can access it.

Are you planning any future projects concerning the NFL, perhaps a collaboration?

I am always thinking of ways and projects that the NFL and I can collaborate  together. And after yesterday’s event, I know that you will see it again in the future. There are some other mental health things being discussed, but I will reserve that for a later time.

Get your copy of “Carter: My Dream, My Reality” by Tyrell Zimmerman on Amazon here:

Get to know Tyrell Zimmerman:

How to educate, entertain and distract your children during the strikes
ANOHNI Announces New Blacklips Performance Cult Compilation and Book, Shares Songs: Listen
Bill Maher Makes A ‘Private’ Confession About His Travel Habits On ‘Real Time’
How to watch all the big films nominated for Oscars and BAFTAs
Ford and General Motors enter a new phase of uncertainty on prices and demand