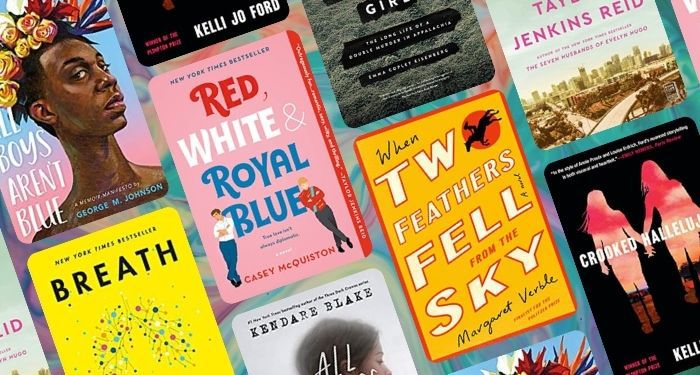 In Case You Missed Yesterday’s Most Popular Deals

One True Loves by Elise Bryant for $1.99

Far From the Light of Heaven by Tade Thompson fo $2.99

Polaris Rising by Jessie Mihalik for $1.99

Violeta by Isabel Allende for $2.99

Nimona by Noelle Stevenson for $1.99

Daughter of the Moon Goddess by Sue Lynn Tan for $1.99

How High We Go in the Dark by Sequoia Nagamatsu for $4.99

When You Get the Chance by Tom Ryan & Robin Stevenson by $1.99

Opium and Absinthe by Lydia Kang for $1.99

The Gilded Ones by Namina Forna for $1.99

A Danger to Herself and Others by Alyssa Sheinmel for $1.99

Heartsick by Chelsea Cain for $3.99

Dreadful Company by Vivian Shaw for $1.99

Flannery: A Life of Flannery O’Connor by Brad Gooch for $1.99

We The Animals by Justin Torres for $1.99

Never Saw Me Coming by Vera Kurian for $3.99

The Recovering by Leslie Jamison for $2.99

Patsy by Nicole Dennis-Benn for $2.99

I Know What You Did Last Summer by Lois Duncan for $1.99

Book Riot’s Deals of the Day for June 29, 2022
Bed Bath & Beyond says it’s still open to selling its Buybuy Baby division
Probe into whether Boris Johnson misled parliament over partygate begins with call for evidence
Non-Earth Like Planets Could Host Life for Billions of Years, Study Suggests
Maya Hawke says she “wouldn’t exist” if her mother Uma Thurman didn’t get abortion in her late teens