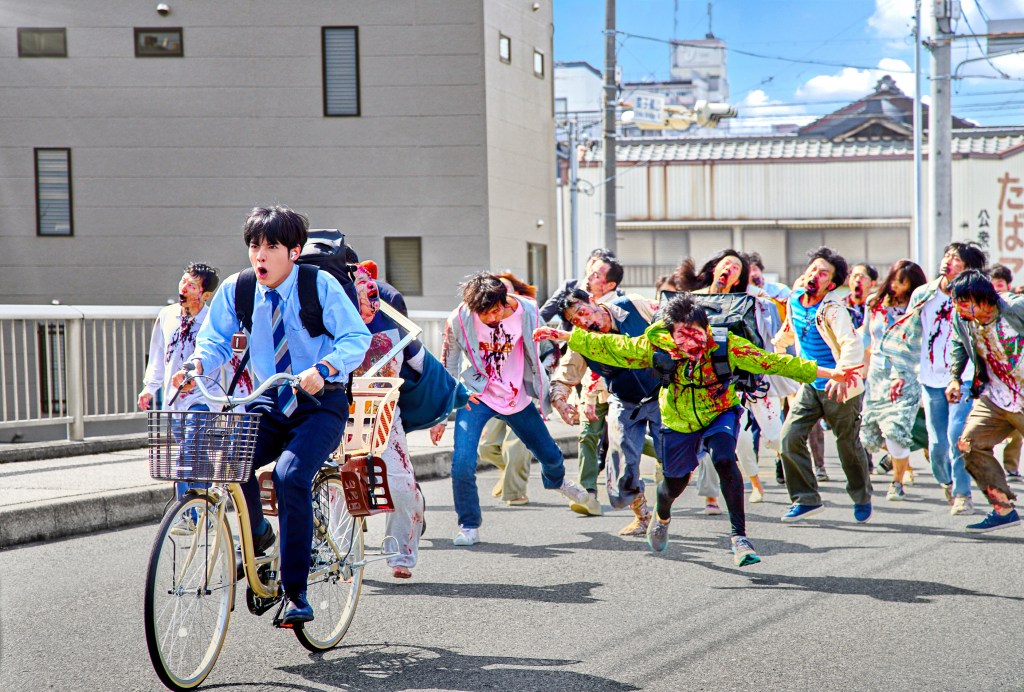 As part of Geeked Week, Netflix announced the new movie Zom 100: Bucket List of the Dead, based on the Haro Aso Japanese manga series and dropped the following photo above.

The pic, directed by Yusuke Ishida and adapted by Tatsuro Mishima follows a young man whose doldrum life at work under the thumb of brutish boss is turned around when the zombie apocalypse arrives. Seeing he doesn’t need to toil at the office any longer, he sets his mind on surviving the onslaught, coming up with a bucket list of 100 things before he’s turned into a zombie. Pic stars Eiji Akaso and Mai Shiraishi, the latter known as a former member of the J pop band Nogizaka 46.

Akira Morii produces in conjunction with ROBOT and Plus One Entertainment.

No release date was announced.