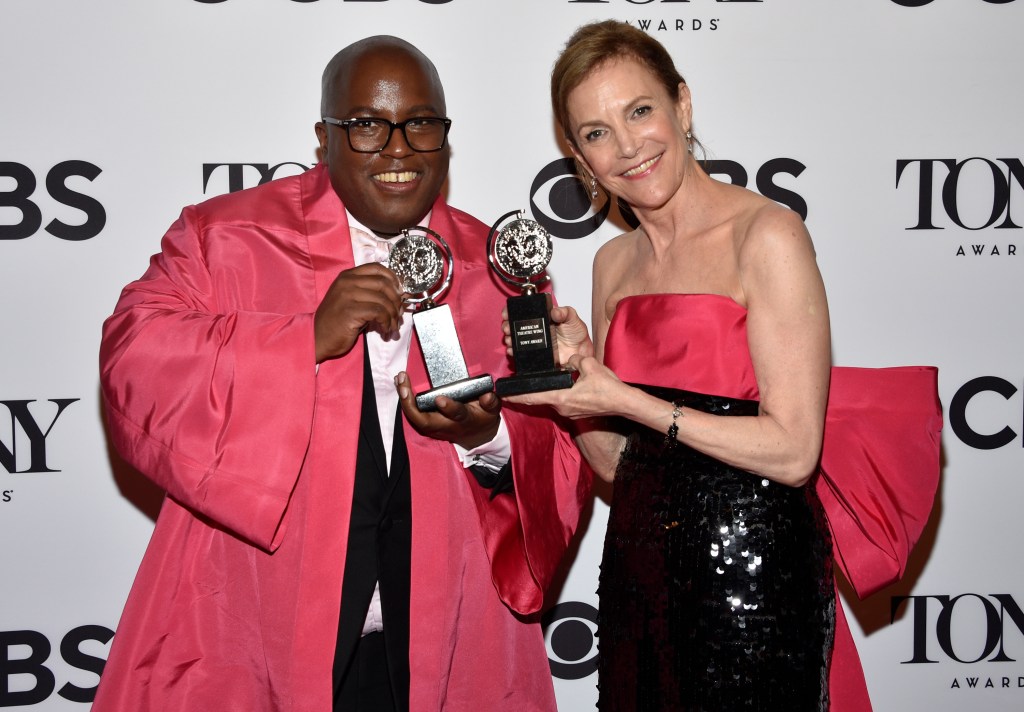 After A Strange Loop capped the Tony Awards by taking the Best Musical prize, playwright Michael R. Jackson offered his main takeaway from the show’s unlikely path to the top: “It’s OK to be weird.”

Appearing in the press room with the show’s producer, Barbara Whitman, Jackson said he intended to take several steps to “try to widen the lane even more the kinds of shows that can be seen by audiences.” He wrote the book, music and lyrics for A Strange Loop, which captured the Pulitzer Prize for drama last year. Its metafictional plot centers on Usher, a Black queer writer who is working on a musical about a Black queer writer writing a musical about a Black queer writer. It hardly was a sure bet for the show to go from Off-Broadway to the pinnacle of the theater world.

“So many artists operate from a place of fear and risk aversion,” Jackson said. “Even when I felt my most alone. I was always fearless about art. So what I’m hoping is that people seeing the show — young artists and writers and actors, everybody who’s in musical theater — maybe they’ll feel a little less afraid to be weird and to step out and to try something different.”

Singer-songwriter Joni Mitchell (whom, Jackson joked, “is one of my inner white girls”) has a lyric where she says, ‘You’ve got to try / If you’re feeling contempt / Well then you tell it / If you’re tired of the silent night / Jesus, well then you yell it.’ She’s saying, ‘Just do it. Just f*cking do it!’ And that’s how I feel about making theater and making art because the world is so crazy and can be so narrow and so conservative that I’m like, if art is the place where you can do, like, literally anything, then do literally anything.”

Whitman said her experience as a producer has left her with similar lessons in terms of widening the aperture of what gets produced for Broadway. She cited in particular her most recent musical, Fun Home, which broke ground by making mental illness a central part of a Broadway show. “That gave me the courage to do A Strange Loop,” she said. “The more you do it, the more you get the courage. I learned a lot on Fun Home, and I applied a lot of those lessons to Strange Loop. And now I can take the lessons and apply them going forward.”

Jackson said he remembered going to see Fun Home during its early run at the Public Theater “and being pretty jaded about musical theater. When I saw that show, I was like, ‘Oh yes! There are still people out here who are kind of going out on a limb and doing something different. And that gave me a little push to keep working on A Strange Loop. And I didn’t even know Barbara was a producer at that time.”