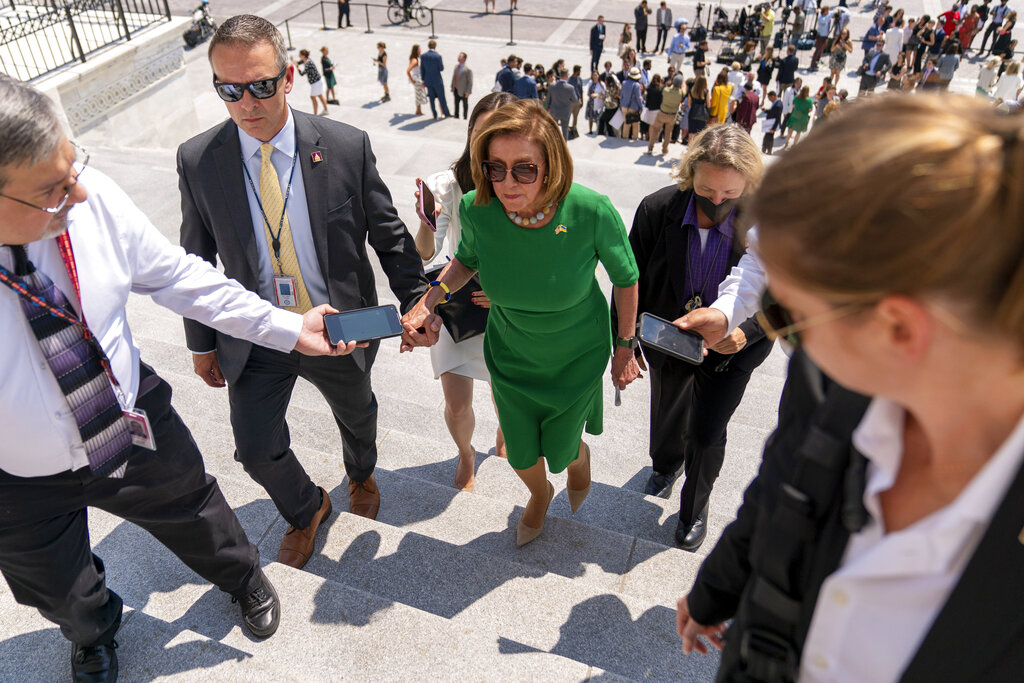 But the legislation — aimed at guaranteeing women’s access to abortion — will likely be blocked in the Senate, where 60 votes are needed to clear a filibuster threat.

The Women’s Health Protection Act, which passed by a vote of 219-210, guarantees the right for women to abortions before fetal viability, generally 24 weeks. It restricts the ability of states to impose abortion limits. Specifically, the bill restricts states from placing restrictions on abortion providers in prescribing certain drugs, from offering services via telemedicine and from providing services when a provider determines a delay would risk a patients’ health. One Democrat, Rep. Henry Cuellar (D-TX), voted with all Republicans against.

Another bill, the Ensuring Access to Abortion Act, passed by a vote of 223-205. It prohibits states from placing restrictions on the crossing of state lines to access abortion services. Three Republicans, Rep. Adam Kinzinger (R-IL), Rep. Brian Fitzpatrick (R-PA) and Rep. Fred Upton (R-MI) voted with all Democrats in favor.

Lawmakers cited a news story that has been dominant in coverage of the abortion debate this week: The arrest of an Ohio man suspected of raping a 10-year-old girl. President Joe Biden cited the girl’s case last week in pointing out that she was forced to travel across state lines to Indiana to seek an abortion because of her home state’s new restrictions. Some news outlets and conservative commentators initially expressed doubt over the veracity of the story until her alleged perpetrator’s arrest.

On Friday, House Democrats’ pointed to the case as a reason for passing abortion rights laws amid efforts to pass new restrictions in Republican-led states.

In a floor speech, House Speaker Nancy Pelosi said, “In recent days, we have heard, again, of the tragic story of the young girl who was a survivor of sexual assault and had to travel to a neighboring to state to receive reproductive health care she needed.” Pelosi noted that the state attorney general of Indiana, Todd Rokita, “is investigating the doctor who legally provided her services.” Pelosi called it a “move intended to intimidate health care providers and produce a chilling effect on access to reproductive care.”

Rep. Cathy McMorris Rodgers (R-WA) accused Democrats of pursuing an “extreme agenda” and said, “I want to be very clear. It is already unconstitutional to prevent a woman from traveling between states. The pro-life movement does not support and has always rejected criminalizing and punishing women.”

The House next week is expected to take up legislation guaranteeing a right to contraception.