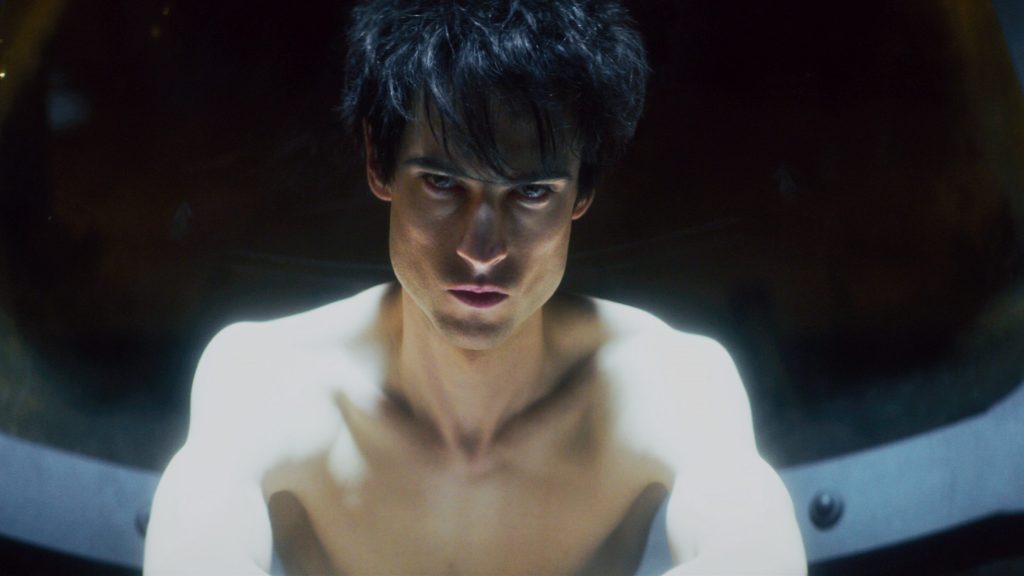 Netflix today released the first full trailer for its 10-episode drama starring Tom Sturridge and based on Neil Gaiman’s popular DC Comics series. Have a look at the footage that debuted at Comic-Con above.

Here’s the scenario: There is another world that waits for all of us when we close our eyes and sleep — a place called the Dreaming, where The Sandman, Master of Dreams (Sturridge), gives shape to all of our deepest fears and fantasies. But when Dream is unexpectedly captured and held prisoner for a century, his absence sets off a series of events that will change both the dreaming and waking worlds forever. To restore order, Dream must journey across different worlds and timelines to mend the mistakes he’s made during his vast existence, revisiting old friends and foes, and meeting new entities — both cosmic and human — along the way.

“For well over 30 years, my part in Sandman adaptations was just to try and stop bad ones from happening,” Gaiman said in an interview. “And fortunately, I was always successful in this. … The determination everywhere to make this and get it right has been absolutely a breath of fresh air. This is Sandman being made for people who love Sandman, by people who love Sandman, and that is so incredible for me. It’s been so special. I feel
like I’m on the cusp, and I cannot wait until people see this show.”

Produced by Warner Bros. Television, The Sandman was developed and executive produced by Gaiman — who penned the comic series with Sam Keith, and Mike Dringenberg — showrunner Allan Heinberg and David S. Goyer. It starts streaming August 5 on Netflix.

Amanda Seyfried wishes she’d had an intimacy coordinator for her nude scenes at 19
‘The Menu’ Trailer: Anya Taylor-Joy & Nicholas Hoult Drawn Into A Chef’s Deadly Game In Searchlight’s Horror-Comedy – Update
The Bookish Life of Michelle Yeoh
Your iPhone can identify any song with just a tap. Here’s how to set it up
Disney Should Spin Off ESPN And Merge Hulu Into Disney+, Activist Investor Daniel Loeb Urges CEO Bob Chapek