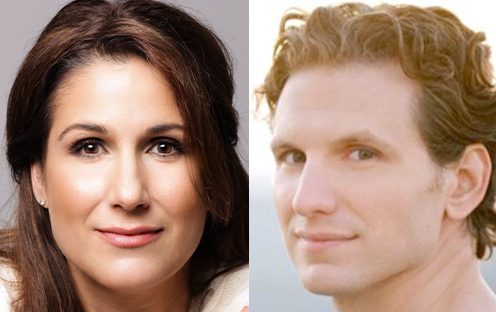 The recently extended Broadway production of Into The Woods has announced its new cast for the additional weeks, with Stephanie J. Block taking over from Sara Bareilles as the Baker’s Wife and Block’s real-life husband Sebastian Arcelus signing on as the Baker (from Brian d’Arcy James) beginning Sept. 6.

Also joining Sept. 6 – the show currently is scheduled to continue at the St. James Theatre through Oct. 16 – are Krysta Rodriguez as Cinderella, Katy Geraghty as Little Red Ridinghood, and Jim Stanek as the Steward. Montego Glover will share the role of The Witch with the current cast member Patina Miller, and Gavin Creel and Joshua Henry extend as the Wolf/Cinderella’s Prince and Rapunzel’s Prince, respectively.

Andy Karl will play the role of the Wolf/Cinderella’s Prince from September 6 through September 15, as Creel fulfills a prior commitment. Creel returns to the production on September 16.

Other upcoming changes: Beginning on September 27, Ann Harada will reprise her role of Jack’s Mother from the City Center Encores! production. Aymee Garcia will continue as Jack’s Mother through September 25.

When Glover joins the cast, Miller will be The Witch for performances on Fridays through Sundays, and Glover will take over the role Tuesdays through Thursdays.

‘Look out, Mario!’: Ted Lasso’s AFC Richmond debuts as playable team in FIFA23
NASA, Roscosmos Astronauts Set to Blast Off for ISS on Soyuz Rocket Amid Tensions Over Ukraine Conflict
Truss prepared to be an unpopular PM to boost economic growth
Labour to fight back against Trussonomics tax giveaways at party conference
Spotify Adds Audiobook Feature in U.S.