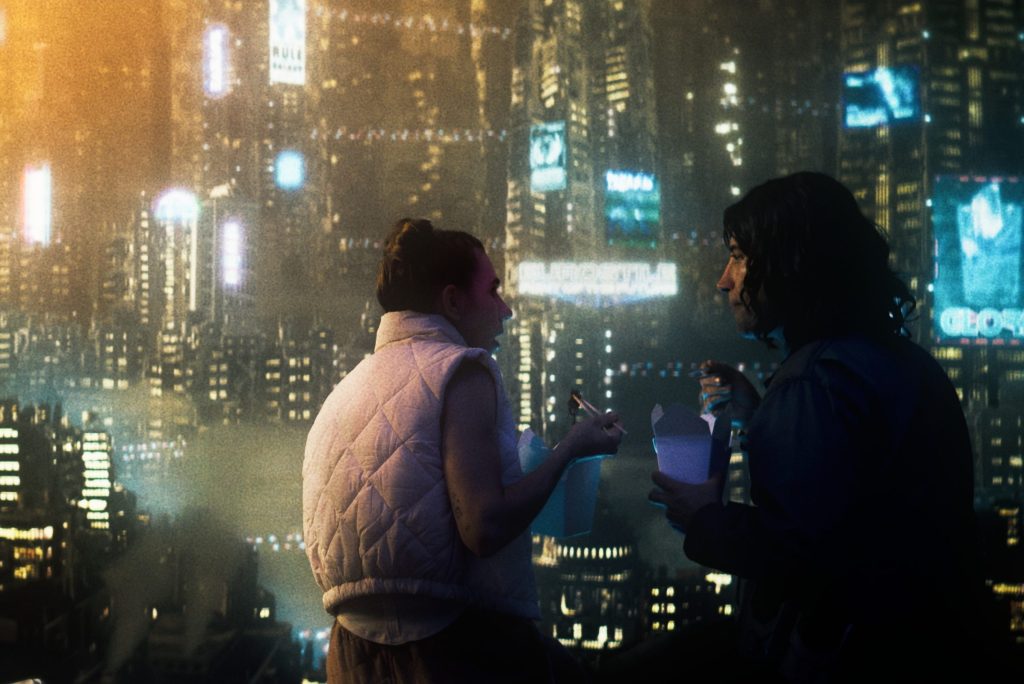 Set one billion years into the future and employing techniques used for Disney+’s The Mandalorian, the film is set in an absurd world where lead Max (Athari) believes people change and Molli (Mamet) doesn’t. Over the course of ten years, six planets, four dimensions, and one space cult, they prove each other right.

Deadline revealed last week that Mamet had been cast in Madame Web from S.J. Clarkson opposite Dakota Johnson and Sydney Sweeney. She plays Annie Mouradian in HBO Max’s The Flight Attendant and broke through in Girls, where she played Shoshanna Shapiro in all six seasons of the Lena Dunham HBO hit.

Netflix Japan Stars From ‘Alice In Borderland,’ ‘The Makanai’ & ‘Jojo’s Bizarre Adventure’ In Spotlight At Tudum Event
‘The Rings & The Crown’ Series Based On Melissa De La Cruz’s Fantasy YA Novel In Works At Disney+ From Aaron Harberts & Gretchen Berg
Olivia Wilde Opens Up About ‘Don’t Worry Darling’ Spit-Gate Drama: “Harry Did Not Spit On Chris”
‘SNL’: Lorne Michaels On Major Cast Shakeup & Future Of ‘Weekend Update’
Celsius has a Hail Mary bankruptcy plan: Turn its debt into a new cryptocurrency