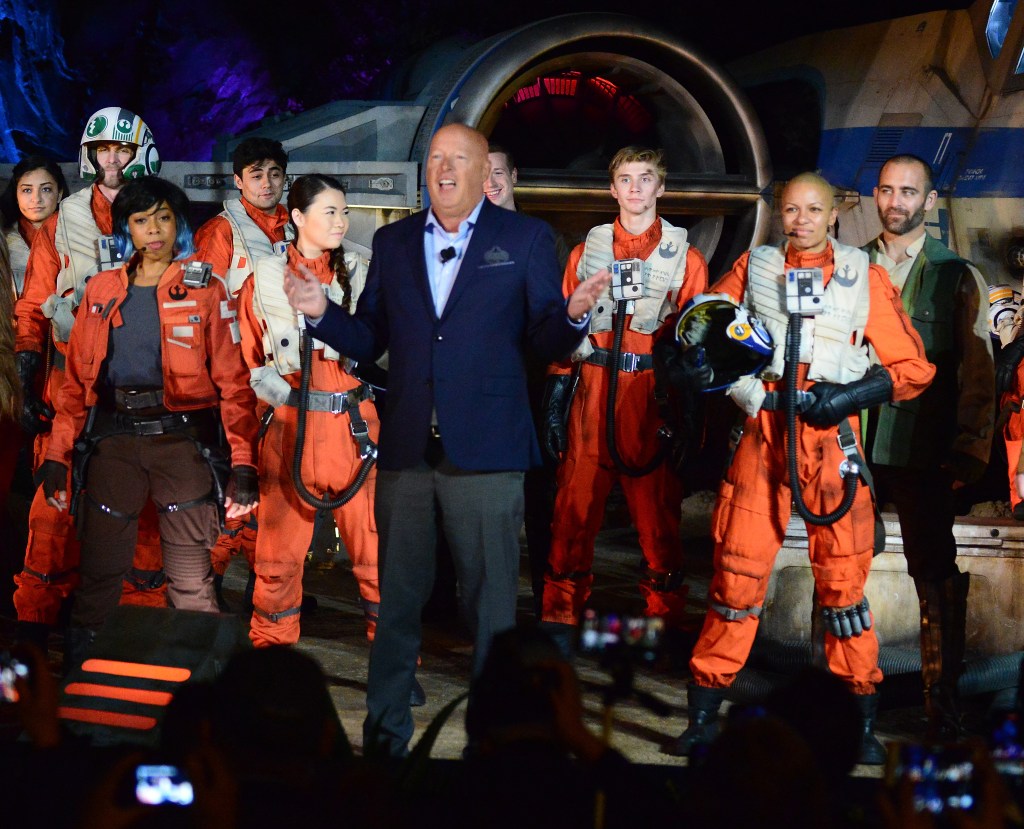 In a letter to Disney CEO Bob Chapek, activist investor Daniel Loeb urged the exec to spin off ESPN and integrate Hulu into Disney+, among other changes.

Loeb, who has put media companies in his crosshairs the past, famously tangling with Sony and engaging in a back-and-forth with George Clooney, also called for cost cuts and an expansion of Disney’s board of directors. Third Point had a position in Disney from 2020 to earlier this year, and today’s letter is accompanied by a “repurchased” stake.

“ESPN would have greater flexibility to pursue business initiatives that may be more difficult as part of Disney, such as sports betting,” Loeb explained in the letter. “We believe that most arrangements between the two companies can be replicated contractually, in the way eBay spun PayPal while continuing to utilize the product to process payments.”

On the streaming front, Comcast is slated to sell its 33% stake in Hulu to Disney in 2024, but Loeb called for Disney to make “every attempt” to swing a deal sooner. The company took full operational control of Hulu in 2019, but Comcast has retained a financial stake, which has kept Hulu limited in terms of expansion outside the U.S. or other moves to stimulate growth.

“We believe that it would even be prudent for Disney to pay a modest premium to accelerate the integration,” Loeb wrote. “We know this is a priority for you and hope there is a deal to be had before Comcast is contractually obligated to do so in about 18 months.”

Buying out Comcast would enable Disney to merge Hulu into Disney+, a move that has been long anticipated by media investors and streaming specialists.

Unlike the Sony chapter or other corporate crusades, Loeb’s outreach to Chapek did not appear to be adversarial. Investors cheered the stirring of the pot, boosting Disney shares 2%, and they approached the midpoint of the trading day at $124.40. After the company reported strong quarterly earnings last week, with positive trends in theme parks and streaming subscriber growth, shares responded well. They still remain about 30% below their year-ago levels.

“We have had over two years to observe management navigate the most challenging time in Disney’s history, as you led the organization to simultaneously grow the DTC business, guide the parks from pandemic closures to record-revenues and profits, and create quality entertainment content,” the letter said. “This quarter’s results are an important proof point that Disney’s complex transformation is succeeding.”

ESA Astronaut Candidates for Artemis II Lunar Mission Announced: All Details
Xpeng breaks out of a lower price range with its most expensive car to date
Olivia Wilde Opens Up About ‘Don’t Worry Darling’ Spit-Gate Drama: “Harry Did Not Spit On Chris”
Pharoah Sanders Dies at 81
National Insurance rise to be reversed from 6 November