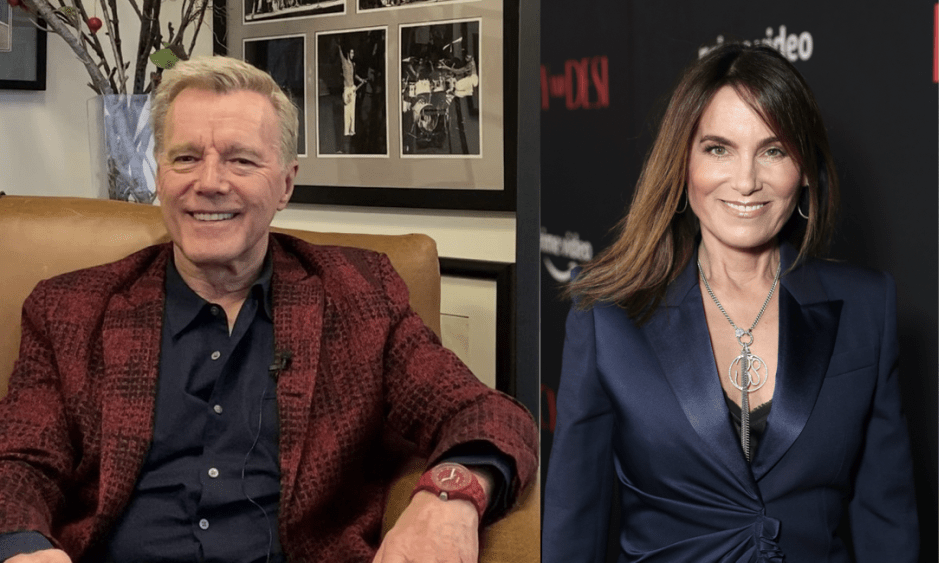 For the third year in a row—and fourth in the last five—White Horse Pictures finds itself in the middle of the Emmy horse race.

In 2020, the White Horse production The Apollo, about the legendary performing arts venue in Harlem, earned Outstanding Documentary or Nonfiction Special. Last year, White Horse’s The Bee Gees: How Can You Mend a Broken Heart was nominated for six Emmys, winning one. This year it’s back in contention with Lucy and Desi, Amy Poehler’s documentary about Lucille Ball and Desi Arnaz, which is nominated for half a dozen Emmys—more than any other documentary.

“I’m ecstatic,” says White Horse Pictures partner Jeanne Elfant Festa of the Emmy recognition. She’s a producer of the film, along with Poehler, Mark Monroe and White Horse co-founder and principal Nigel Sinclair. “It’s an honor, it’s a thrill. We have the best team led by the best director, only female director that was nominated [in the documentary special category].”

Prime Video released the documentary, which held its world premiere at the Sundance Film Festival last January. The film reframes our understanding of Ball and Arnaz, illuminating the loving bond between the couple that endured even after their divorce in 1960.

“People just love rediscovering Lucille Ball. And obviously, the fact the Ricardos film [directed by Aaron Sorkin] came out in parallel, helped break the ground,” Sinclair notes. “But I think the nourishing story [is] this very interesting relationship between these two very complicated people… Lucy and Desi.”

The filmmakers were granted access to family archives maintained by Lucy and Desi’s daughter, Lucie Arnaz Luckinbill, voluminous materials which at that time were stored at Lucie’s home.

“It was rummaging through photographs and seeing things that you’ve seen before. And then Lucie said, ‘There’s more boxes in the pantry. Go inside,’” Festa recalls. “It’s a story that you can’t make up. I literally reached out to stretch and I saw a lockbox at the top of her pantry, and I asked her if there was anything in it that would pertain to us… And she said, ‘Ah, you’re going to like this.’”

Inside were audio recordings the public had never heard, labeled “Mom’s precious tapes.”

Those archival recordings formed the basis for a fresh take on the titular couple.

Archival-driven documentaries have become the signature of White Horse Pictures, which in addition to executives Sinclair and Festa includes partner Cassidy Hartmann, a writer-producer and former journalist, and president Nicholas Ferrall. White Horse’s credits include two docs directed by Ron Howard, Pavarotti and The Beatles: Eight Days a Week – The Touring Years, which between them made $20 million worldwide in theatrical release.

White Horse boasts an impressive slate of films in production—both in the narrative/fictional and nonfiction realms. Among its upcoming docs are Shari & Lamb Chop from director Lisa D’Apolito (Love, Gilda), a film about puppeteer Shari Lewis and her ovine creation, Lamb Chop.

“We have eight projects on the go,” Sinclair says. “STAX [a documentary series] for HBO… Billy Preston [directed by Paris Barclay], which was announced. Wilder, which is in post-production.”

“Directed by Chris Smith,” Festa adds, in relation to the doc about Gene Wilder.

“What we’re trying to do with our company is to look for these films that are about something iconic,” Sinclair explains. “And it doesn’t have to be fabulously iconic. It has to have something that’s reached people’s hearts.”

White Horse has proven successful in bringing topnotch directors on board its projects, like Emmy-nominee Smith (100 Foot Wave, Bad Vegan) and Academy Award winner Howard (A Beautiful Mind). The company also collaborates regularly with Monroe, who earned an individual Emmy nomination for writing Lucy and Desi, and Robert A. Martinez, nominated for editing the documentary.

“He’s an amazing, emotional cutter,” Festa says of Martinez, “which is key.”

Sinclair praises Monroe’s gift for identifying how to structure a documentary in three acts. In the case of Lucy and Desi the arc follows the couple’s trajectory as they get together (beginning), find success, then pull apart (middle), and ultimately reunite as Desi’s life draws to a close (end).

The ending was punctuated by a moment from the Kennedy Center Honors in December 1986 where Lucille Ball was honored. The ceremony took place only a few days after Desi Arnaz had died of cancer. Robert Stack read a letter Desi had drafted in which Arnaz wrote, “I Love Lucy had just one mission: to make people laugh. Lucy gave it a rare quality. She can perform the wildest, even the messiest physical comedy without losing her feminine appeal.” He wrote in a tender postscript, “I Love Lucy was never just a title.”

“Desi was a naughty boy and he did hurt Lucy, but it was also true that it broke her heart when he died,” Sinclair says. “That speech that he wrote to give Robert Stack to deliver at the end, he knew he was dying, he knew he was going to go. I mean, you can’t make that stuff up. If it was a movie, you’d say this is over the top.”

White Horse’s success can be attributed in part to the way its lead executives work together.

“In our company there are four partners. Nick Ferrall is the president and Cassidy, Jeanne and I are producers with Nick on things. One of the things we decided early on is that we actually all work on each other’s documentaries as a point,” Sinclair indicates. “We try to think like a music band, that the movie is somebody’s song–might be Cassidy’s movie or Nick’s movie. Nick is driving Wilder, for example. We’ve all looked at cuts, we all give him notes, we talk about it and there’s never any, ‘F-off and get off my project,’ which you get in most companies because people are competing for success. The ‘one for all and all for one’ thing–there’s only eight of us, we’re doing all this work. I mean, it’s something, really.”

Their willingness to keep pushing towards storytelling perfection extends beyond the point at which a film, ostensibly, has been finished. Such was the case with the Bee Gees documentary.

“We took 5 minutes out of the film after we’d locked the picture, which cost us producers another $40,000,” Sinclair notes. “You’ve got to be a slightly bonkers, fanatic person to do that.”

He adds, “With the archival docs, you have to have a philosophy that you’re not turning in a program by a [particular] date. You do not give up until your heart beats fast when you watch it.”

Body checking is popping up all over our TikTok feed, but what is it? And should we be worried?
Is setting fire to millions of pounds worth of art a good idea?
Labour to fight back against Trussonomics tax giveaways at party conference
Portola Festival Responds to Crowd Control Incident in San Francisco: “A Minimal, Isolated Issue”
8 Books That Look At Masculinity Through A Refreshing New Lens