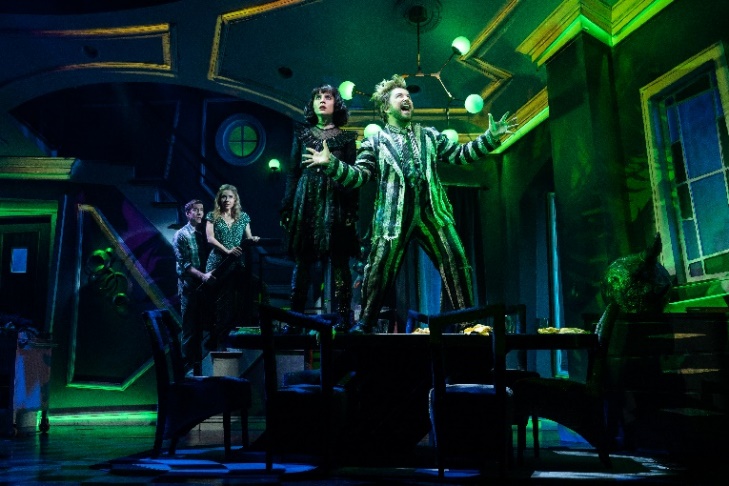 Beetlejuice will end its Broadway run at the Marquis Theatre on Jan. 8, 2023, producers announced today, making the musical the second high-profile production in recent days to announce a post-holiday departure.

Last Friday, The Phantom of the Opera announced that it would end its 35-year run in February, a casualty of a market still soft from the Covid pandemic’s impact on tourism, among other factors.

Though Beetlejuice, directed by Alex Timbers and starring Alex Brightman in the title role (played by Michael Keaton in the original 1988 Tim Burton film), hasn’t had anywhere near the longevity of Phantom, its lifetime on Broadway has been, as producers concede, unconventional, to say the least.

The musical opened at Broadway’s Winter Garden Theatre on April 25, 2019, receiving so-so reviews and getting off to a slow start with audiences. With the Shubert Organization hoping to clear the venue for the revival of The Music Man with Hugh Jackman, Beetlejuice was forced to post a closing notice for June 2020.

That notice became moot, though, when the Covid shutdown hit Broadway in March 2020, leaving Beetlejuice exiting without a proper send-off. And in the meantime, the show had surprised the theater community by steadily and rather dramatically building ticket sales through favorable, fan-based word-of-mouth.

A reprieve came two years later, when producers re-opened Beetlejuice on April 8, 2022, this time at the Marquis Theatre, with Brightman reprising his starring role. The production pulled in especially good numbers early on, peaking the week of June 26 with a weekly box office take of $1,231,852.

The numbers have been mostly declining over the summer though, dropping to a low of $762,166 by the end of August. The most recent figures available, for the week ending Sept. 18, show an increase (to $930,790) though only about 83% of seats were occupied.

A road production of the musical launches a 26-city national tour on December 6 at San Francisco’s Golden Gate Theatre.