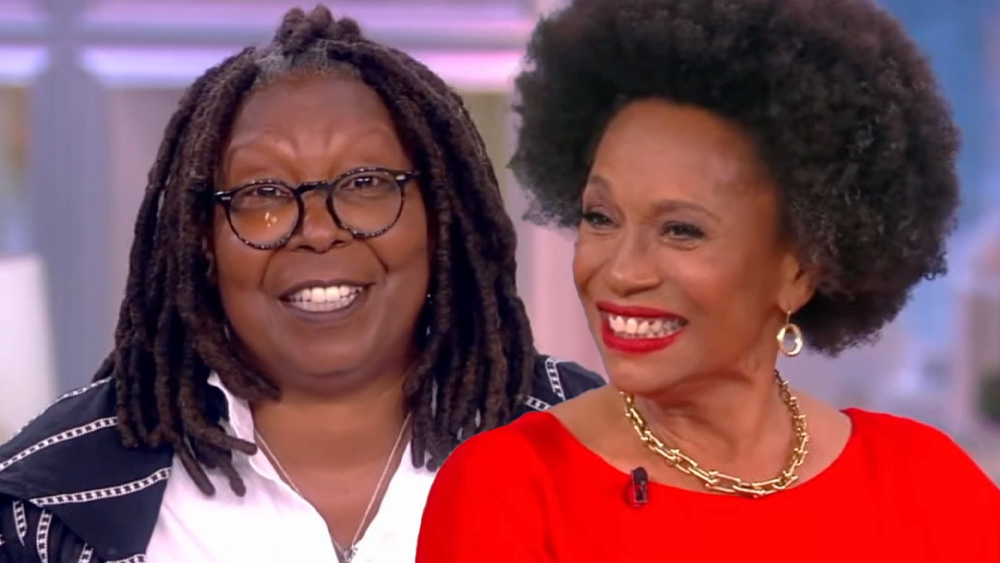 Whoopi Goldberg is sharing her desire to work on the long-awaited Sister Act 3 that was announced back in 2020. The View co-host welcomed Jenifer Lewis to the ABC talk show and reminded her that they still had the movie pending.

“You know we’re still going to do that movie,” Goldberg told her Sister Act co-star as she sat down on the “Hot Topics” table. “And I’d do everything I can to work with her because she’s fun.”

Lewis said she was “so ready” to film the sequel set for Disney+ and revealed that it was her who taught Goldberg how to sing on the movie set.

“They were going to use my voice and I told Whoopi, ‘Look, you just get in this mirror with the two of us, and you just get a hairbrush and pretend that we’re 15 years old singing Gladys Knight and the Pips,’ and Whoopi did it, she sang her little booty off,” Lewis recalled.

Sister Act is a 1992 film directed by Emile Ardolino that follows Deloris Wilson who as a lounge singer is forced to become a nun after being placed in a witness protection program. Goldberg would go on to star in the sequel that was released the following year.

A third installment of the franchise was announced in 2020 as Disney looked into their IP and beef up their library for the Disney+ streaming service. In 2021, Deadline reported that Tim Federle was set to direct the sequel with Madhuri Shekar penning the script. Since then, no updates on the development of Sister Act 3 have surfaced.

Watch Jenifer Lewis recall how she taught Goldberg how to sing on the Sister Act set below.