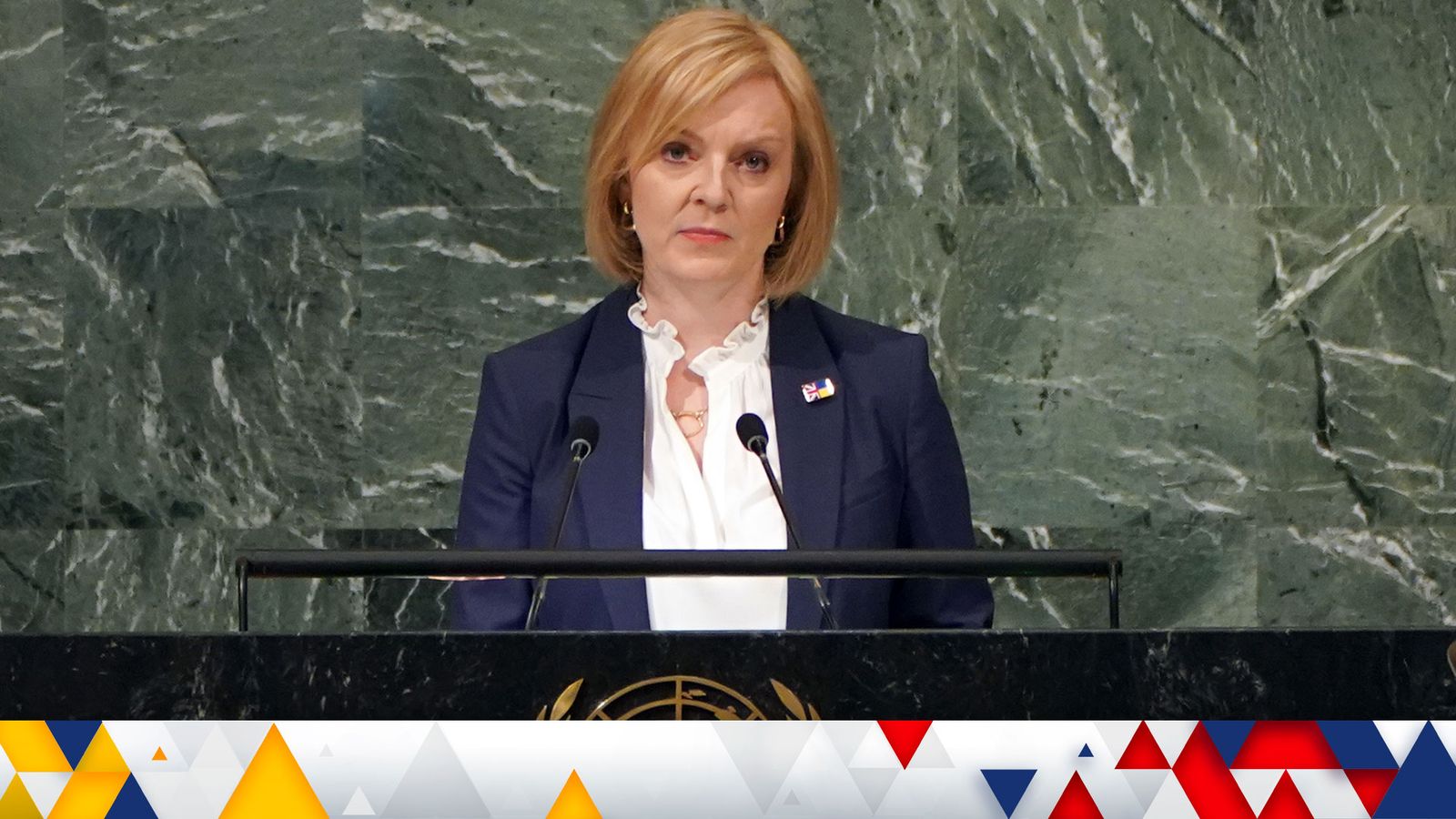 Vladimir Putin’s nuclear threats are part of a desperate attempt to justify his “catastrophic” failure in Ukraine, Liz Truss has said.

In her first speech on the world stage as prime minister, Ms Truss accused the Russian president of “sabre rattling” after he warned his country would use “all the means at our disposal” to protect itself.

The comments appeared to suggest the conflict in Ukraine could spiral into a nuclear crisis.

Ms Truss said Mr Putin was “desperately trying to justify his catastrophic failures” as she delivered an address to the United Nations General Assembly (Unga) in New York.

“He is doubling down by sending even more reservists to a terrible fate,” she said.

“He is desperately trying to claim the mantle of democracy for a regime without human rights or freedoms.

“And he is making yet more bogus claims and sabre-rattling threats.”

Ms Truss praised the “strength of collective purpose” in response to Mr Putin’s invasion so far, but warned that aid for Ukraine must not wane.

Read more:
On their way home: Five Britons among almost 300 released by Russia and Ukraine

And she told fellow world leaders that the UK will spend 3% of GDP on defence by 2030, repeating a promise she made when she campaigned to become Tory leader.

She added: “In the face of rising aggression we have shown we have the power to act and the resolve to see it through. But this must not be a one-off.