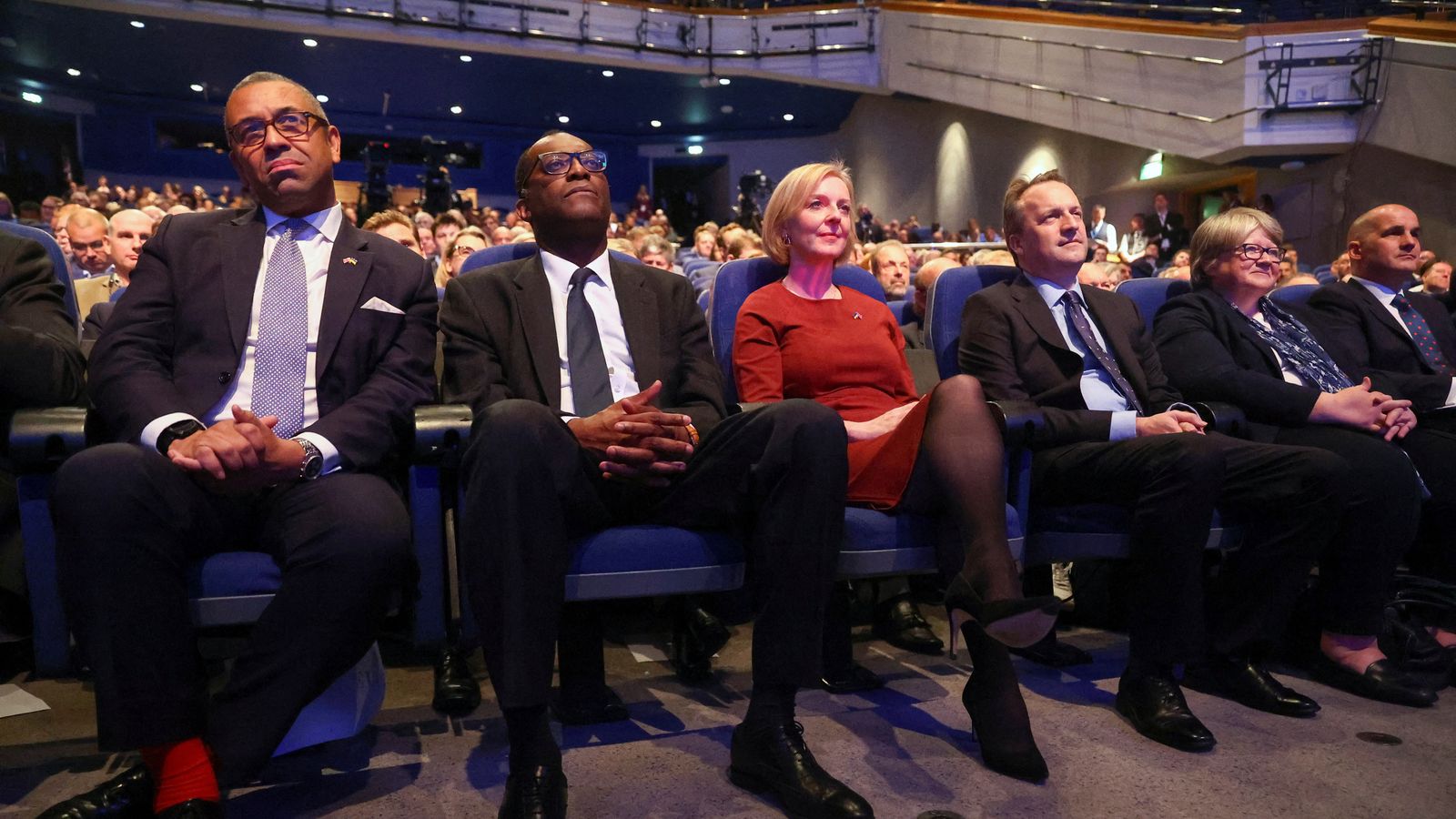 A little under four weeks as prime minister and it couldn’t really have gone worse for Liz Truss.

A mini-budget that precipitated a run on the pound (it has rallied a bit since), a £65bn emergency intervention by the Bank of England to prop up pension funds, and the withdrawal of nearly 1,000 mortgage deals from the market in anticipation of a big hike in interest rates later this year.

The Conservatives are experiencing their worst polling since the late 1990s and dozens of Tories are contemplating losing their seats at the next election.

The question for me in Birmingham this week is simple: Has Liz Truss’s disastrous mini-budget already sealed her fate?

Ask Conservative MPs, and there is already a movement to try to oust her. Her insistence that she will not reverse any elements of her budget, regardless of the political toxicity or the clear economic risks, has led some MPs to say privately they want her to go.

“There needs to be policy change and personnel change,” said one senior Conservative.

“There are MPs saying she simply cannot lead us through a general election and MPs are putting forward suggestions to Sir Graham Brady about rule changes.

“One scenario is that MPs decide a new PM and it’s not put to members.

When I asked the MP if Ms Truss could survive until Christmas, they told me: “I think it’s probable that she will be gone by Easter.”

‘This plan is not going to work’

A former cabinet member also confirmed that colleagues were working up options to try to remove Ms Truss, as they whispered to me that they might now stand down at the next election in the face of almost certain defeat.

“This plan is not going to work,” they said.

For a new prime minister, who in typical times might expect a honeymoon period rather than the mutterings of divorce papers, such remarks are totally damning and speak to the extremely difficult predicament she now faces.

For, just as I’d never been to a more positive Labour Party conference than the one last week, I’ve never been to a Conservative one so shrouded not just in gloom about the electoral prospects of the party, but palpable anxiety about the Truss administration.

And this is about more than even the existential threat her policies could pose to the Conservative Party.

There is genuine fear too that she might “tank the economy”. As one former senior minister told me after the mini-budget: “It’s madness and I’m scared.”

Already MPs mutter that she will have to change – the policies and the personnel, or face a showdown with her party.

One MP told me there are easily 100 MPs who could rebel against her budget. The political toxicity of abolishing the top rate of tax for those earning over £150,000 a year, while mulling a real terms benefits cut for the four million at the bottom end of the income scale relying on universal credit, is plain to see for many MPs – even if Ms Truss wants to turn a blind eye.

Read more:
A lesson from ‘Reaganomics’: Collision of theory and reality could prove fatal for PM and Tory party
Devolved nations demand meeting with chancellor as Tory top team double down

But it’s not just the politics of her mini-budget, it’s the economics of it.

“We can’t ignore the cost of borrowing line item,” is how one former minister puts it. “What are the fiscal rules?”

If the prime minister can’t prove to the country, the markets, the Office of Budget Responsibility, and her backbenches that her government can achieve 2.5% growth, then the tax measures will have to be funded through debt.

And that has an obvious knock-on effect for families, with those on average mortgages having to potentially pay more in higher mortgage costs than in tax cut gains.

All of it is causing acute anxiety for MPs as they look at the polls and the prospects of their own re-election.

Plenty of those in the Sunak camp are keeping quiet for now, telling me that they want to let this play out and don’t want to take aim at Truss publicly – yet. But two outriders – former cabinet ministers Michael Gove and Julian Smith – are saying publicly what many are saying privately.

This is Mr Gove on Sunday: “I think there are two specific concerns that I have about the unfunded nature of tax cuts and about the 45p tax cuts, which we now have an opportunity to reflect on.”

“And I think it would be wise for us to recognise that they are neither the right economic nor the right political response to the situation that we face at the moment,” he told journalist Christopher Hope at a Daily Telegraph event.

When he was asked whether the policy should be reversed, he didn’t blink: “Yes”.

And this was former chief whip Julian Smith in response to chairman Jake Berry’s warning on Sky News’ Sophy Ridge on Sunday show that Tories who voted against the mini-budget would lose the whip: “The first job of an MP is to act in the interest of their constituents and in the national interest.

“We cannot clap for carers one month and cut tax for millionaires months later.”

All of it appears to be falling on deaf ears, with the PM and her team adamant that her plan is the right one and the mistakes over the past week were about the communications strategy not the policies.

As one of her key allies put it to me: “The PM gets this past week has been disruptive,” but “she firmly believes her plan for the economy is the right one.

“We’ve been stuck in a world of high taxes, cheap credit, and low growth for too long, with too much focus on tax and spend at the expense of growth.

“That status quo isn’t working, so we have to change course, otherwise we’re consigning the economy and country to long-term decline.

“We’ll do that and manage the public finances responsibly.”

The PM’s cabinet and top team are also supporting her.

One senior minister pointed out to me on the eve of the conference that such a big change in approach – the biggest shift in economic approach for a generation or more – was “always going to shock the markets” but the principles of leaving more money with individuals and businesses was the right one, as were the efforts – and we’re going to see what this looks like in practice later this year – to cut back on government costs (read: spending).

“There is still so much wastage across various parts of the system,” they said.

But will this government even get that far?

Ms Truss has four days in Birmingham to try and sell her plan not just to her members and MPs, but to the country.

The problem she has is that so many people seem to have stopped listening already.

A PM not for turning and a parliament in which many MPs now think they have nothing more to lose. Strap in.

CNN lays off hundreds of staffers after business review − read the memo
Probable Mental Disorder Found In One In Four 17 To 19-Year-Olds, NHS Data Shows
Kate Winslet Recalls Her Agent Being Asked About Her Weight When She Was Younger
Get Smarter with these 25 Popular Science Books
‘Doctors are carrying out heart surgery by flashlight’: Liev Schreiber on his $1m fundraising for Ukraine