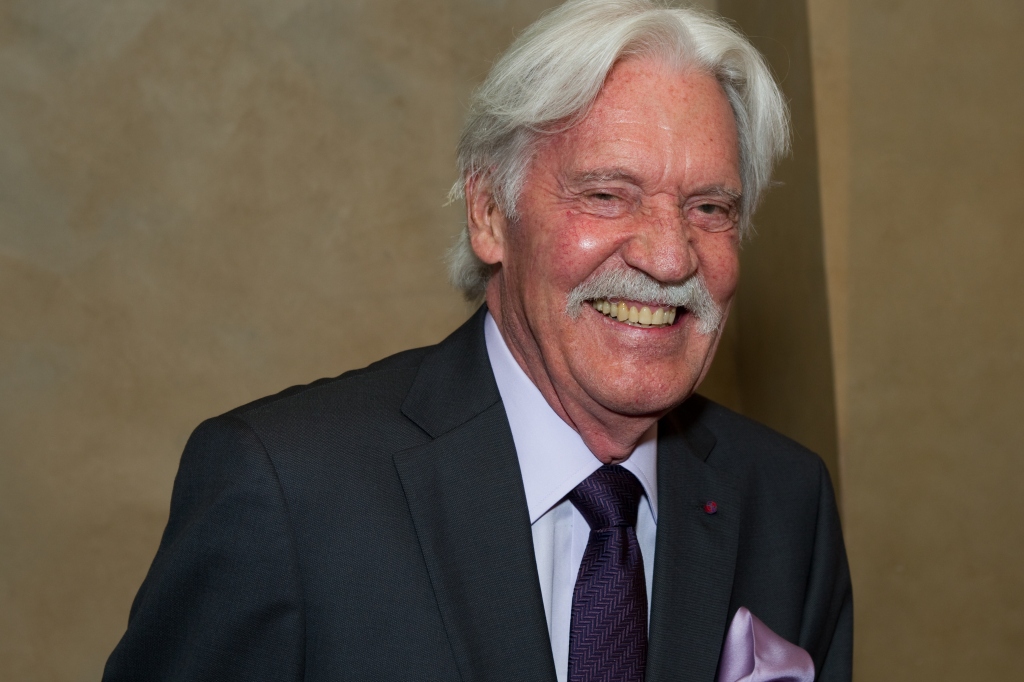 Michael Butler, the producer who brought Hair to Broadway in 1968 and later produced the film adaptation and many other productions of the show, died Monday at the Los Angeles Jewish Home for the Aging in Reseda, CA. He was 95.

His attorney confirmed the news on behalf of Butler’s family. A spokesperson said that he passed away peacefully.

As a producer, social figure and international bon vivant, Michael Butler was an international celebrity in the 1960s and ’70s. As his 1968 production of Hair became an international hit, with 12 productions around the world, his friendships grew among exotic global figures such as the Shah of Iran and the Mahajarah of Jaipur. As a host at his lavish polo grounds in the UK, Butler included British royalty among his regular polo-playing friends. He admitted that his polo spending consumed all of the $60 million profit from his stage play.

Subtitled “The American Tribal Love-Rock Musical,” Hair, which began life in 1967 at New York’s then-new Public Theater Off Broadway, was not only the first Broadway musical to prominently feature nudity, but was a hugely influential insertion of a ’60s counterculture sensibility into Broadway’s mainstream — it was banned in many cities and spurred many lawsuits. The musical contributed a number of songs that would become radio hits (often in cover versions) and stage musical standards: “Aquarius,” “Let the Sunshine In,” “Hair,” “Ain’t Got No/I Got Life,” “Good Morning Starshine,” “Easy to Be Hard,” among others.

Hair was nominated for the Best Musical Tony Award in 1969 — it lost to 1776 — and its cast album spent 13 weeks atop the Billboard 200, winning the Grammy for Best Cast Album, and spawned four smash singles. The disc later was inducted into the Grammy Hall of Fame. (A 2009 Broadway revival directed by Diane Paulus won the Tony for Best Revival of a Musical.)

The Fifth Dimension’s medley of “Aquarius/Let the Sunshine In” was the country’s No. 1 pop hit for six weeks in 1969 and was the No. 2 single of that year. (Young Riverdale fans can ask their grandparents about 1969’s top song, the Archies’ “Sugar, Sugar.”) The Cowsills’ “Hair,” Three Dog Night’s “Easy to Be Hard” and Oliver’s “Good Morning Starshire” all hit the national Top 5.

He was eager to produce and co-finance the film version of Hair and developed a screenplay with Colin Higgins (Harold & Maude) as the writer and Hal Ashby (Coming Home) as director with Peter Bart producing. Although the deals and studio financing were in place, Ashby became ill and withdrew in pre-production, with Milos Forman becoming director and Lester Persky producing.

Starring Treat Williams, Beverly D’Angelo and John Savage, the film failed to capture the zeitgeist magic of the play.

Butler presented more than 30 productions of Hair over the years, including the final one — a planned 2021 edition at the El Portal Theatre in North Hollywood that he told Los Angeles Magazine “could be the best production of Hair I’ve done.” Original Broadway choreographer Julie Arenal was aboard, but that show was delayed over “challenges for the production” and has not been rescheduled.

NBC was set to telecast Hair Live! in 2019, but plans for the show were scrapped not long after its producer Craig Zadan died and the network elected to refocus on family-friendly musicals.

Butler also produced the 1968 counterculture documentary You Are What You Eat, which depicted the Haight-Ashbury scene along with L.A.’s Sunset Strip and New York’s East Village. Butler also had a handful of onscreen credits including Harry and Tonto, Electra Glide in Blue and TV’s Guiding Light.

He was born on November 26, 1926, in Chicago. Billed as the “hippie millionaire,” his private life provided a feast for gossip columnists. While Hair shocked audiences with its presentation of gay and trans characters, Butler had legendary affairs with actresses including Linda Christian and Audrey Hepburn and such actors as Tyrone Power and John Phillip Law.

As a young man, the towering, strikingly handsome Butler was a major social presence in Chicago. The Butler dynasty was built around two immense privately held companies, Butler Aviation and Butler Paper.  In his early 30s, Butler opted for show business rather than his family’s corporate business, hence his investment in Hair, then a struggling show at the Public Theater. With added funding and a new creative team, the show became a mega-hit, its nude scenes and brilliant score helping to pack theaters.

In his 40s, Butler divided his time between grand homes in Santa Barbara and Hollywood.

Outside of his showbiz career, Butler filled civic roles in both local and national politics, serving as Special Advisor to then-Sen. John F. Kennedy on the Middle East and being appointed by Robert F. Kennedy to manage Illinois Gov. Otto Kerner’s 1964 re-election campaign.

RFK and other high-level Democrats of the era supported Butler for a U.S. Senate run in 1967, but Butler — even though he was favored in polls — opted to produce Hair for Broadway after seeing the Off Broadway production.

He also ran for the Illinois State Senate representing Du Page County and served as Chancellor of charter school the Lincoln Academy, Commissioner of the Port of Chicago and in other public roles.

At the time of his death, Butler was in talks to pen a memoir.

He is survived by his son Adam Butler, Adam’s wife Michelle, and grandson Liam. He is also survived by his sister Jorie Butler Kent and her daughter Reute Butler as well as his half-sister Wendy Dunaway and her two daughters Missy West and Jorie Waterman. In lieu of flowers the family would appreciate contributions to his favorite charity, Jorie and Reute’s Friends of Conservation, of which he is a founding director.

Peter Bart and Greg Evans contributed to this report.

7 Tips to Try If Your Eczema Makes You Feel Self-Conscious
Amazon media chief Jeff Blackburn retires from the company for the second time
Who will be Disney’s next CEO? Here are the top contenders to succeed Bob Iger
The Weeknd Posts Mysterious New Teaser Video
Paparazzi photo in Harry and Meghan trailer taken at premiere years before they met