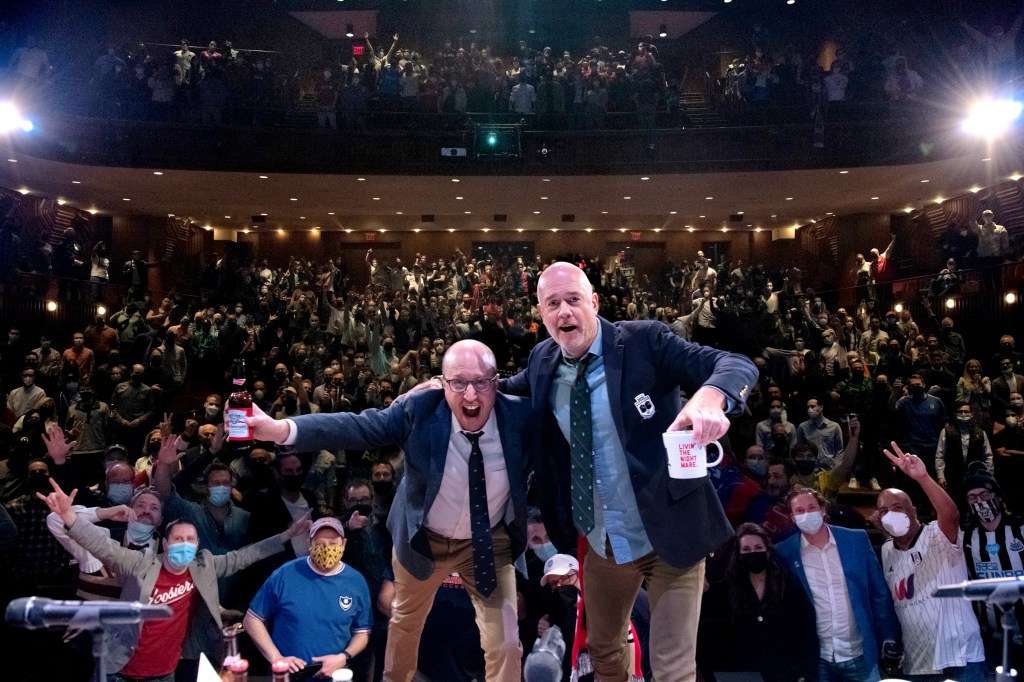 EXCLUSIVE: Men In Blazers, the football/soccer podcast company set up by Jeopardy exec producer Michael Davies and Roger Bennett are going on tour.

The pair are taking their show – Men In Blazers Live: This Cup’s For You – on the road to coincide with the World Cup.

The tour kicks off on November 15 in New York (see below).

Men In Blazers started as an eponymous podcast in 2010 and is now a podcast network with a raft of weekly shows and narrative shows including Go! Go! USA! With Brendan Hunt from Ted Lasso and a partnership with Twitch featuring Live Watchalong Shows during World Cup matches.

The World Cup kicks off on November 20 with hosts Qatar taking on Ecuador. Group B is the group to watch with England, Iran, Wales and the United States vying to get to the knockout stages.

“Our goal is to win the World Cup,” said Roger Bennett. “This is an incredible time for soccer in America, with interest in the game we love, exploding in the nation we adore. The continued growth of Men In Blazers is a reflection of that fandom, and we are stepping up to match that passion with our coverage. Presenting high culture analysis, alongside our traditional sub-optimal fare, our goal is to ensure that soccer fans in the U.S. feel like World Cup winners – no matter what happens on the field.”

“Twitch has been an incredible way to experience games” added Michael Davies. “Games that finish 1-1 on television, feel like they end 10-10 when you follow along on Twitch.”

Google has avoided mass layoffs so far, but employees worry their time may be coming
HP laying off 4,000-6,000 employees globally over the next three years
Paramount+ Long-Form Promo Airing On Thanksgiving NFL Telecast Brings Back ‘Key & Peele’ Character Mr. Garvey
Fighting Fair Is a Skill—Here Are 12 Therapist-Approved Tips
Elon Musk claims Apple has threatened to remove the Twitter app