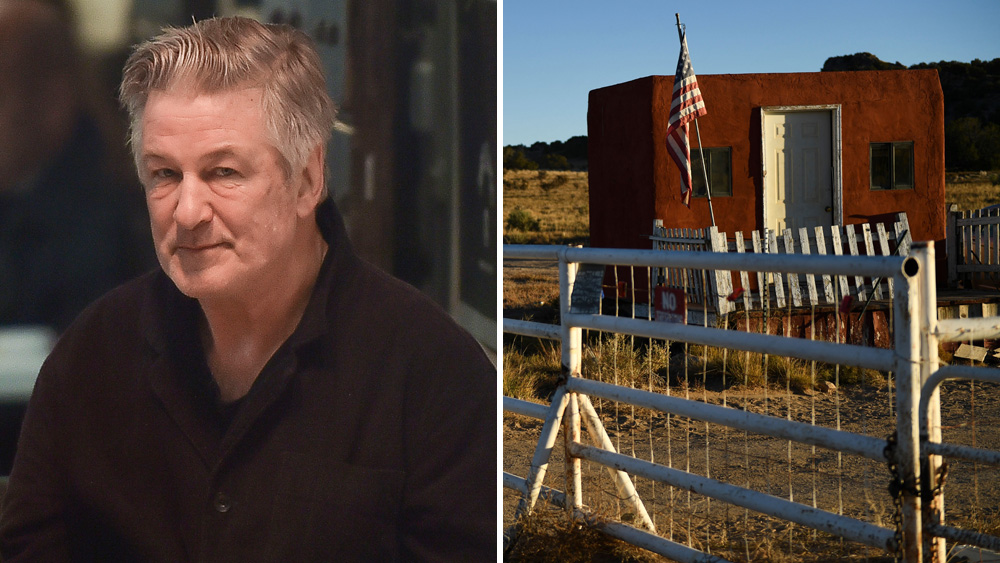 Just days before the Santa Fe District Attorney is expected to announced her intentions in the fatal shooting of Rust cinematographer Halyna Hutchins by Alec Baldwin last year, the actor Friday has slammed crew members of the indie Western with a negligence lawsuit.

“This tragedy happened because live bullets were delivered to the set and loaded into the gun, Gutierrez-Reed failed to check the bullets or the gun carefully, Halls failed to check the gun carefully and yet announced the gun was safe before handing it to Baldwin, and Zachry failed to disclose that Gutierrez-Reed had been acting recklessly off set and was a safety risk to those around her,” says the cross complaint (read it here) from Baldwin’s Quinn Emanuel attorney Luke Nikas.

Recently having settled a wrongful death suit with Hutchins’ husband and family and intending to get Rust back on track, Baldwin has long declared he never pulled the trigger on the 1880s period gun that he was pointing at Hutchins on October 21, 2021.

In a move that risks backfiring on Baldwin, today’s filing makes a point of noting how the aftermath of the shooting has impacted his career.

“Baldwin has also lost numerous job opportunities and associated income,” it says. “For example, he’s been fired from multiple jobs expressly because of the incident on Rust and has been passed over for other opportunities, which is a direct result of the negligence of Cross-Defendants Gutierrez-Reed, Halls, Kenney, PDQ, and Zachry.”

Coming just over a week after Baldwin failed to convince a LASC judge to remove him from Rust script supervisor Mamie Mitchell’s own negligence lawsuit or see the matter dismissed, Friday’s filing also claims the Emmy winner has suffered personal consequences from the horrible October 2021 incident.

“More than anyone else on that set, Baldwin has been wrongfully viewed as the perpetrator of this tragedy,” the actor’s lawyer writes of his client. “By these Cross-Claims, Baldwin seeks to clear his name and hold Cross-Defendants accountable for their misconduct.”

‘There can be no doubt that others have suffered from Cross-Defendants’ negligence far more than Baldwin has,” the suit does go on to say of that day at the Bonanza Creek Ranch set, just outside Santa Fe, New Mexico. “Hutchins lost her life, and her young child lost his mother,” the jury trial cross-complaint states. “Producer Joel Souza was shot in the shoulder and has suffered physical and emotional pain. Though by no means comparable, Baldwin must live with the immense grief, and the resulting emotional, physical, and financial toll, caused by the fact that Cross-Defendants’ negligent conduct, assurances, and supervision put a loaded weapon in his hand and led him, Hutchins, and everyone else on set to believe that his directed use of the weapon was safe.”

Reps for the cross-complaint defendants did not return request for comment from Deadline on today’s filing.

Mitchell is not a defendant in the cross-complaint. However, Gloria Allred certainly had something to say for her client about Friday’s filing. “Baldwin’s cross complaint is a shameful attempt to shift the blame to others, just as he has done since he fired the fatal shot which killed Ms. Hutchins and injured our client, Mamie Mitchell,” Allred said. “He claims that everyone else was negligent and that everyone else is at fault.  Mr. Baldwin appears to argue that he is the only one that is truly innocent.”

In one of several legal actions currently in the courts relating to the shooting, Mitchell first filed her lawsuit against Baldwin, Rust producers and crew members Gutierrez-Reed, Halls, Zachry and others on November 17, 2021. Mitchell was standing near Hutchins and Souza when the gun Baldwin was holding fired. On November 1, Judge Michael E. Whitaker refused Baldwin’s effort to exit the suit and also denied a motion from Baldwin and his El Dorado Pictures Inc to strike the script supervisor’s claim for punitive damages.

Santa Fe DA Mary Carmack-Altwies received the final Santa Fe Sheriff’s Office report on the Rust shooting on October 27. “The District Attorney and her team of investigators and prosecutors will now begin a thorough review of the information and evidence to make a thoughtful, timely decision about whether to bring charges,” her office said at the time, weeks after seeking greater funding from the state for a possible prosecution on the matter.

“As with all cases that the District Attorney handles, her focus will be on upholding the integrity of the process, enforcing the laws of the state of New Mexico, and pursuing justice.”