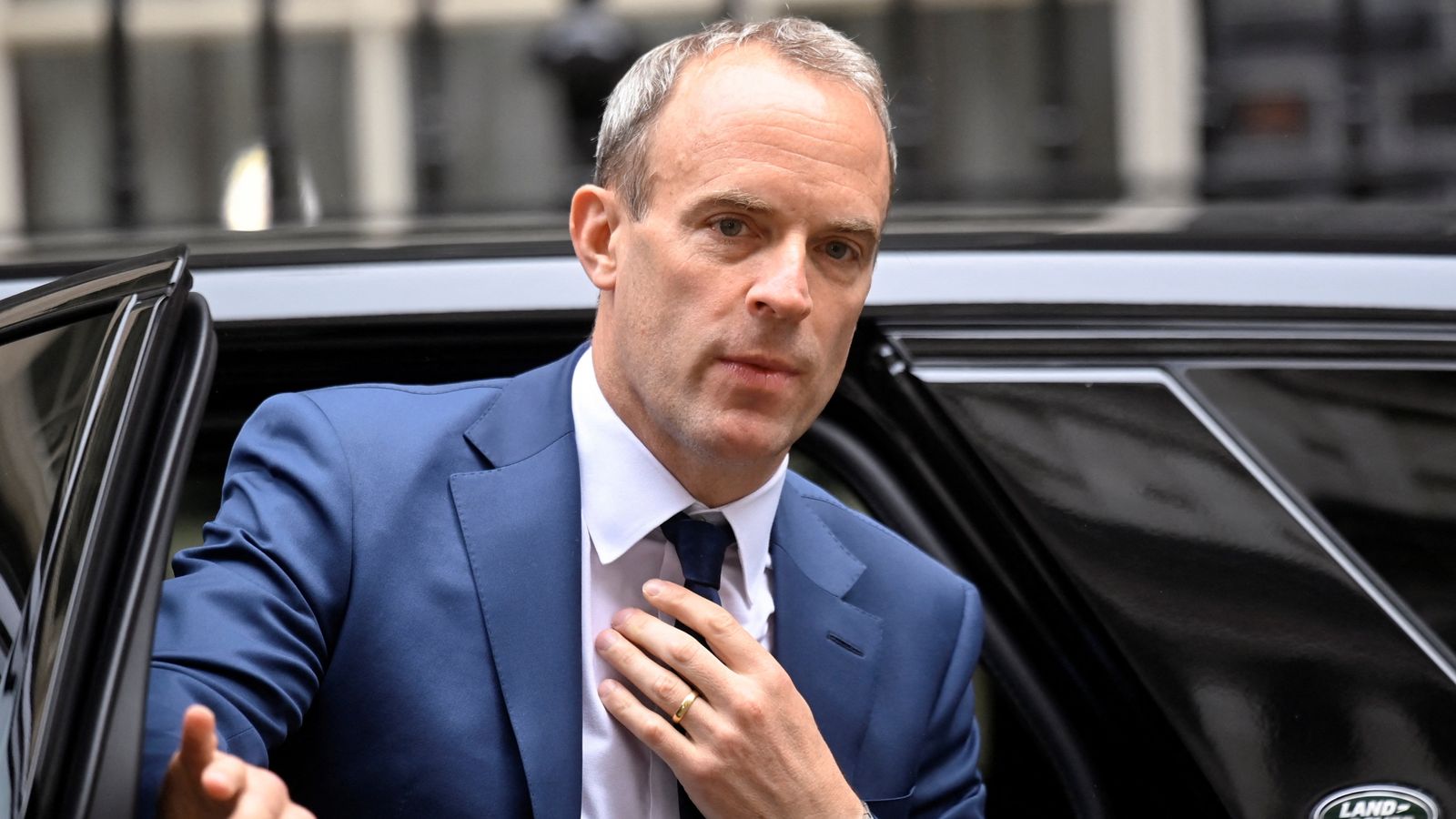 Dominic Raab “values” civil servants in his department, the Ministry of Justice has insisted, after bullying claims have emerged against him.

Mr Raab was reappointed as justice secretary and deputy prime minister by Rishi Sunak last month, having held the roles between September 2021 and September 2022 under Boris Johnson, but having been sacked by Liz Truss for her short tenure in office.

However, his return to the MoJ was not welcomed by some, according to the Guardian, which said around 15 senior civil servants in his private office were offered “respite or a route out” due to concerns some were still traumatised from his previous tenure.

Sources said department chiefs held a meeting with the group and acknowledged Mr Raab’s reappointment could cause them anxiety, with some staff members in tears and choosing to move on.

However, the paper also cited sources suggesting a couple of staff members have since returned.

Multiple MoJ sources also said he had previously created a “culture of fear” in the department, alleging he was “demeaning rather than demanding” with civil servants, and that he was “very rude and aggressive”, adding: “[He] wasn’t just unprofessional, he was a bully”.

The newspaper also claimed the permanent secretary, Antonia Romeo, warned Mr Raab to treat staff with respect on his return, with one source, who was not in the room at the time, saying she had “read him the riot act”.

Asked for a response to the allegations, an MoJ spokesperson said: “There is zero tolerance for bullying across the civil service.

“The deputy prime minister leads a professional department, driving forward major reforms, where civil servants are valued and the level of ambition is high.”

A source in the department also told Sky News they would deny any suggestion of bullying, saying Mr Raab “prides himself on his professionalism and has a good working relationship with the officials who he rates very highly”.

They also said he had been a minister in multiple government departments for many years and had never faced a formal complaint.

The allegations come days after former cabinet minister Gavin Williamson resigned from government after facing multiple bullying accusations, and also as questions remain over the re-hiring of Home Secretary Suella Braverman, who was brought back onto the frontbench six days after committing a security breach and breaking the ministerial code.

She added: “With each new scandal and grubby deal, it becomes more obvious that he is a weak leader, who puts party management before the national interest.

“He claimed zero tolerance for bullying, promised a government of integrity and pledged to urgently appoint an ethics adviser, yet is falling far short on every promise. Rishi Sunak is already showing he is not just failing to stop the rot but letting it fester.”

She joined calls by the Liberal Democrats for an investigation into the allegations against Mr Raab.

Lib Dem deputy leader Daisy Cooper said: “These latest reports cannot be brushed under the carpet by Rishi Sunak. He must launch an investigation into Raab with immediate effect.

“No staff, whether in the civil service or any other sector, should be subjected to working with or for a bully.”

But colleagues who worked under the justice secretary elsewhere leapt to his defence, with Tory MP Eddie Hughes said: “When I got my first job as his PPS (parliamentary private secretary), I was told Dom was demanding. ‘He’s very hard working and expects others to be too’. I was delighted. I wanted to work for someone who took their role seriously.

“We got on great from the start. Never saw him be rude to anyone.”

Another Conservative Rachel Maclean replied to Mr Huges tweet, saying: “Neither did I when I worked with him on joint projects when I was in the Home Office. He has high standards which are needed to deliver for the British people.”

‘The Woman King’s’ Viola Davis Set For Chairman’s Award At Palm Springs Film Festival
The Best Books of the Year, According to Oprah Daily
Nike and Kyrie Irving split up after antisemitism controversy
7 Tips to Try If Your Eczema Makes You Feel Self-Conscious
‘TikTok traffickers’ who use videos to advertise Channel crossings must face criminal action – MP