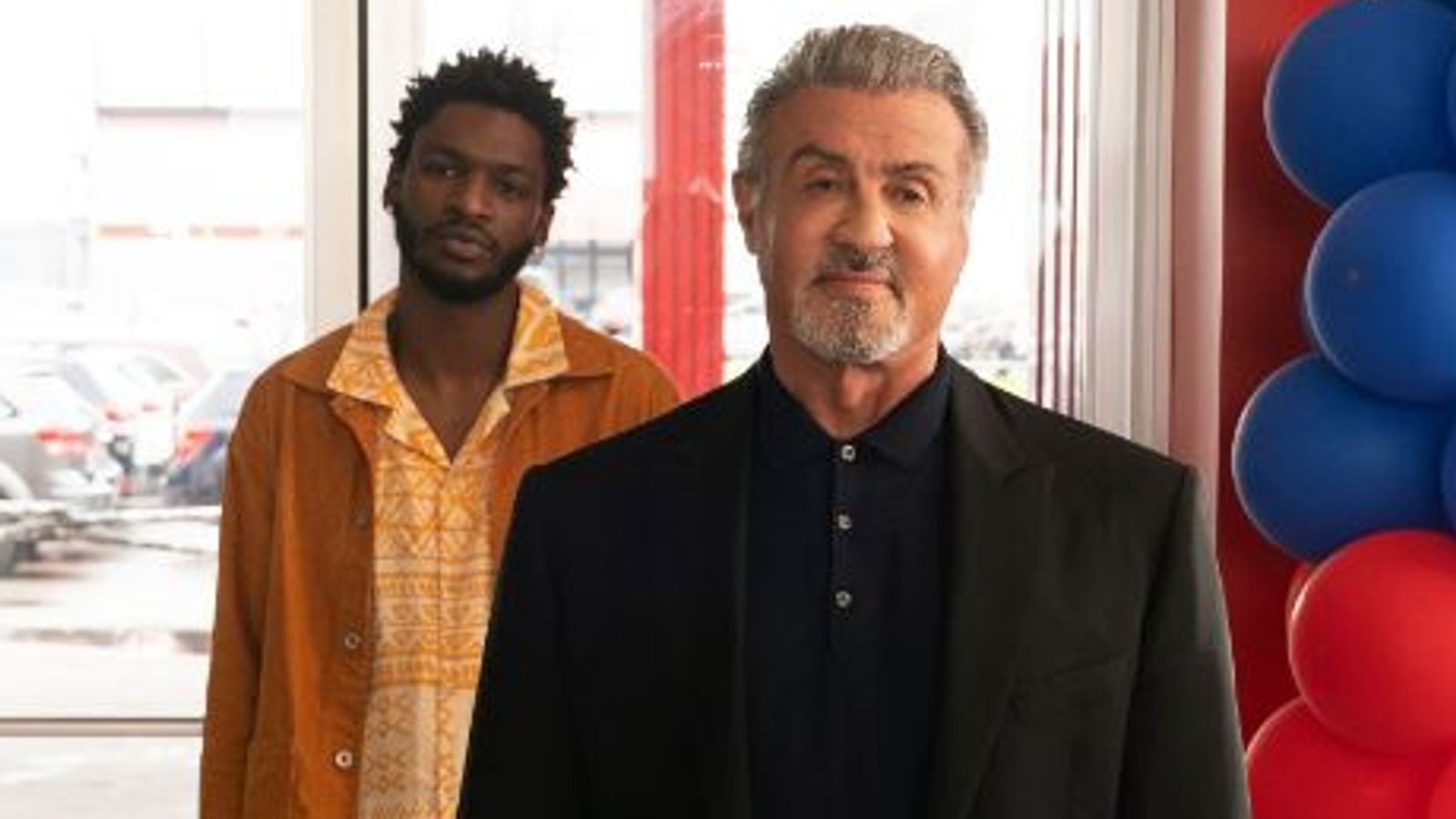 In a career spanning more than five decades, Sylvester Stallone has taken on his first scripted TV role with new show Tulsa King.

And the star’s told Sky News he definitely found it different to making movies, admitting it was hard work at times.

“I’ve been around for centuries, actually, Julius Caesar was my first director,” Stallone joked.

“No, I mean a long, long time – so can you handle probably over the season 400 pages of dialogue? No cue cards to do it? And that’s quite a challenge but I also find it to be invigorating too, when you can pull it off.

“That’s the hardest thing is there’s no life, you know what I mean? I now have sympathy for actors that work on streaming – I bought a motor home, I don’t think I’ve seen it yet!”

The 76-year-old had already been working for years when he rose to prominence playing Rocky Balboa in the 1976 boxing film of the same name, kicking off a franchise that is still around now with Creed 3 due out in March next year.

He says the secret of his longevity in the business is his attitude – which also led to his public rivalry-turned-friendship with fellow action star Arnold Schwarzenegger.

“I don’t know if it’s a kind of arrogance towards life in general and ‘this can’t be it, there’s always got to be something else around the corner’, and I just don’t like the word no,” Stallone said.

“I would say that I’m just, I’m built for challenge, and whenever someone goes like, ‘Hey, I’m the hardest working actor’, I go, ‘no, you’re not’ – that kind of thing.

“Like with Arnold, I literally manifested our antagonism – I liked it, and he liked it because it pushed him too, so we made ourselves like two great teams [who] hated each other, but you played better when you have that kind of [butts his hands together], it just taps into something.

“But I think the main motivation is getting out of the house – with three daughters and three female dogs I’m a dead duck.”

The actor’s family are also motivating his next TV project – a reality show.

Stallone says it’s something he wanted to do for posterity.

“I’m doing a reality show because my life is bizarre,” he revealed.

“I have a wife and the dogs and the kids, and I think you know what? Let me do that, too. It’s kind of a [trip down] memory lane.

“You know you want to show them home movies? So the kids remember? I’d like to do something like that – it’s not about the money, I just want to do that for memory.”

After conquering Hollywood, and now turning his attention to TV, you may think Stallone might next be ready to consider retirement.

But instead, he says there’s still plenty more on his bucket list.

In Tulsa King, his character is a mafia man sent to Tulsa, not somewhere usually associated with mob crime.

It’s a typical fish-out-of-water story, but while his character may be out of his comfort zone, it seems as long as Stallone is working, he’s very much in his.

Here’s what America’s top CEOs are saying about a possible recession in 2023
Reality TV star on trial accused of sharing garden sex tape on OnlyFans
MAD Solutions, MENA Pay-TV & Streaming Giant OSN Partner on Ahd Kamel’s Jeddah-Set Feature ‘My Driver And I’
Whoopi Goldberg Pushes Back On Claims ‘Blazing Saddles’ Is Racist: “Don’t Make Me Come For You”
7 Tips to Try If Your Eczema Makes You Feel Self-Conscious