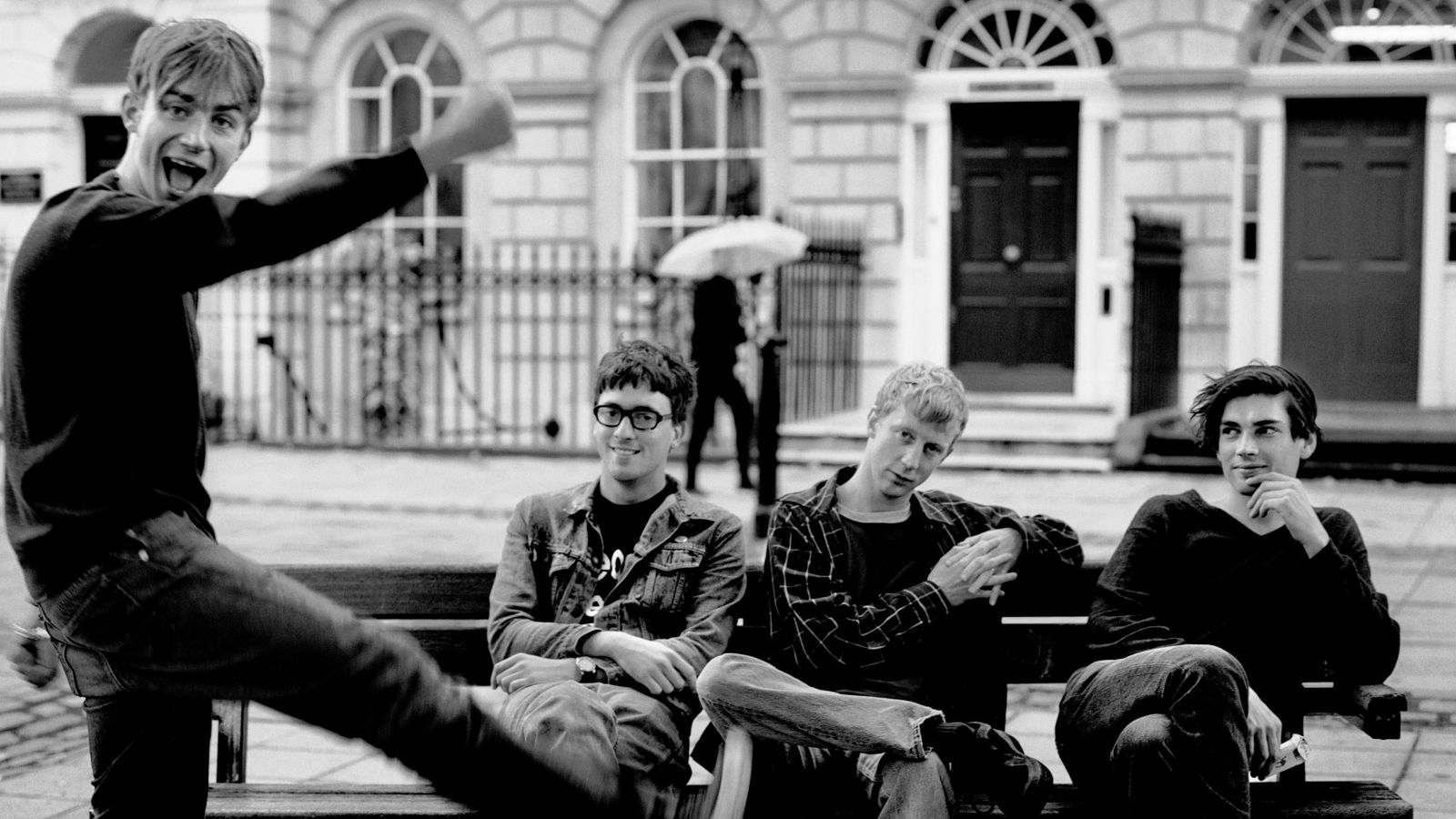 Blur drummer Dave Rowntree has told Sky News that playing Wembley Stadium is a “bucketlist” dream that was “hard to turn down”.

Speaking shortly after the Britpop band made the announcement that they will play a one-off UK show at the venue in 2023, the musician revealed that organising the gig had gone “right up to the wire”.

Taking place in July, the show will bring Rowntree back together with his Blur bandmates Damon Albarn, Graham Coxon and Alex James for their first headline performance since 2015 – and their first ever gig at the England football team’s home.

Rowntree said the show has been a long time in the making.

“Turns out it’s incredibly difficult to arrange something like this, you know, the technical resources, the staff, the places to play. All of these things are in very, very short supply.

“So it went right up to the wire, but it’s very hard to turn something like that down.

Rowntree, who is also a former Labour councillor, said that while Blur played Wembley Arena back in the day, Wembley Stadium – which has a capacity of around 90,000 – would be a first.

“It’s one of these iconic places that are secretly up on your bucketlist, even though you pretend they’re not,” he said, adding: “I sincerely hope we are a band that can fill a stadium like that. I don’t want there to be four people and a dog.”

The Battle of Britpop

Blur rose to fame in the 1990s, releasing debut album Leisure in 1991 followed by Modern Life Is Rubbish in 1993, before really breaking through with third album Parklife in 1994.

Featuring singles including Girls & Boys, End Of A Century and the titular Parklife, it was the first in a series of five successive number one albums and a string of hit singles – including Country House, Charmless Man, Beetlebum, Song 2, Tender and Coffee & TV – which helped shape British music in that decade.

In 1995, the release of Country House on the same day as Roll With It, by rivals Oasis, spawned the “Battle of Britpop” – with Blur winning that first round as they claimed the number one spot in the UK charts.

More than 30 years since they formed, Rowntree joked that Blur are now “kind of embarrassing granddads” in music but said he was looking forward to playing the hits once again.

Read more:
Taylor Swift hits back at Damon Albarn over comments that she does not write her own songs
‘It was famous before it happened’: Looking back at Oasis Knebworth shows

“You only get to play for an hour and a half at these big shows so almost all of [that] is going to be full of songs that people won’t let us out of the stadium if we don’t play,” he said. “But I think we’ll try to squeeze a few surprises in there.

“I think once we didn’t play Song 2 and the audience refused to go home. They felt short-changed.”

Rowntree said that even after so many years, the nerves can still be there.

“The nerves these days come about half an hour before a show,” he said. “I go from sort of relaxed, kind of sitting around reading a book, to suddenly sitting bolt upright a half an hour before [the] show, pacing the room and kind of suddenly going, ‘Oh my God! What if I can’t remember the songs?'”

And while he says the bandmates “don’t go and hang around each other’s houses every night like we used to”, they are still good friends and support each other.

“Damon’s always doing loads of interesting stuff. Alex has got a great festival we all troop out to every year, and Graham’s got all kinds of stuff on the go as well.

“We all live in different areas of the country now, so it’s really nice to see each other when we do hang out.”

Fans can catch them hanging out at Wembley Stadium on Saturday 8 July, with artists including British rapper Slowthai, Mercury Prize nominee Self Esteem and London-based electro-pop duo Jockstrap also on the bill.

Tickets go on sale on Friday 18 November at 10am.

Musk says Twitter to launch ‘Verified’ service next week with a ‘gold check’ for companies
Scotland will find another way to independence, Sturgeon vows
Warehouse Summer, Posthumous Album From DJ and Producer i_o, Released: Listen
Gauze Break Up
Bobby Pin Eyeliner Is Trending For Creating The Most Delicate Definition When Your Felt Tip Won’t Cut It