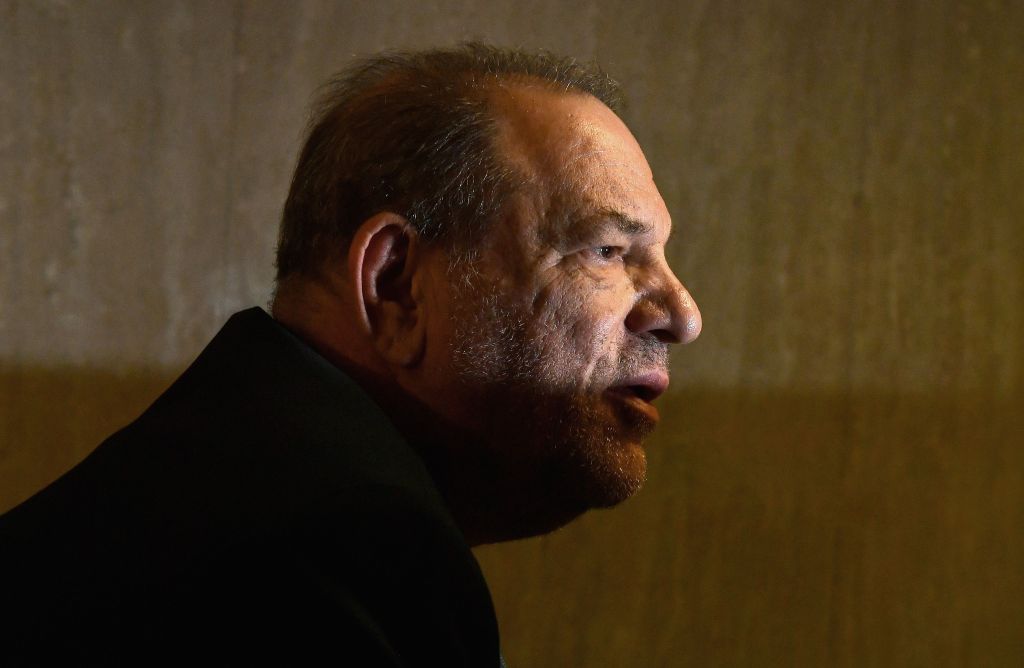 UPDATED, 5:06 PM: “He knew something was off when we were at the SAG Awards and the way Harvey looked at me,” Jennifer Siebel Newsom told defense lawyer Mark Werkman, jurors and onlookers Monday during her testimony at Harvey Weinstein’s Los Angeels rape trial, discussing her husband and then California Lt. Gov. Gavin Newsom’s knowledge by 2017 of the producer’s alleged assault of her several years beforehand.

“I dropped hints along the way,” California’s First Partner added in what was often emotional, tearful and graphic testimony.

Scrutinized by Werkman about when and how she informed Newsom of the alleged rape by Weinstein in his suite at the Peninsula Hotel more than 17 years ago, Siebel Newsom was overcome by sobs at several points during her time on the stand. Centering on the political connections of frequent big-bucks contributor Weinstein over the decades to various high-profile Democrats, the defense lawyer remained oblivious to the witness’ anguish. “Well, is that just politics, that you just take money from someone who has done something despicable to your wife unless everybody finds out about it?” Werkman said in his cross-examination this afternoon.

Identified as Jane Doe #4 in Weinstein’s West Coast trial, Siebel Newsom revealed her true name last month ahead of her testimony in Judge Lisa Lench’s downtown courtroom. Pilloried on the stand today when the defense had its turn, Siebel Newsom is expected to be back for more testimony Tuesday in what could be the closing days of this trial.

With Weinstein facing almost a dozen sex-crimes charges and looking at 140 years maximum behind bars if found guilty, sources on both sides have expressed that Siebel Newsom’s testimony could prove pivotal in the case.

Earlier in the day, after initially returning from the lunch break, the witness described in vivid detail going to meet Weinstein in the Beverly Hills hotel when she was a young and unmarried filmmaker/actress charmed by the attention the then-mogul gave her. “I was confused,” Siebel Newsom explained when she was contacted suddenly by a Weinstein assistant and told their meeting would be in the producer’s suite. “I was a little hesitant. I was expecting to meet him where the noise and the buzz was and there was all this conversation. I was just confused, and I didn’t know what to do.”

Allegedly hauling her into the suite’s main bedroom, Weinstein began assaulting her again, putting his fingers inside her, the witness said.

“There was silence on my part,” Siebel Newsom told the court after Weinstein ejaculated. “I just remember not having words. I just wanted to get the f*ck out of there, pardon my language,” she said, crying again.

“I just remember being shocked by everything,” Siebel Newsom said of the small talk Weinstein made afterwards and her leaving his suite. “It was like the Twilight Zone, I just walked down this hallway it felt like forever,” she noted. “It was like an out-of-body experience. I just remember I got my car at the valet.”

Siebel Newsom admitted on the stand that she did not go to police after the incident, a decision she indicated was made in part because of a bad experience she had with law enforcement after her sibling’s death years before. She also admitted she did have personal and political contact with Weinstein in the years since the alleged assault – a fact the defense will surely continue to emphasize in questioning Tuesday.

PREVIOUSLY, 12:27 PM: “He was really focused on telling me I was special, and I was different,” Jennifer Siebel Newsom told a downtown Los Angeles jury Monday of her first meeting with Harvey Weinstein.

“He was like the kingmaker, he was the top of the industry,” she said on the stand about encountering Weinstein in 2005 at the Toronto Film Festival. “I was a working actress, I had little roles, guest-starring roles on TV shows and films, and I was working on some short films, I’d been in two features … but they were small roles.”

Expected to continue her testimony this afternoon, Siebel Newsom broke down in tears at one point this morning when asked to point out Weinstein in the Clara Shortridge Foltz Criminal Justice Center courtroom. With two security guards in the front row of Judge Lisa Lench’s courtroom, Siebel Newsom took the stand to questions from Deputy L.A. County D.A. Marlene Martinez after several other witness had testified Monday.

Having first revealed in late 2017 the interaction she had with Weinstein years beforehand, Siebel Newsom went public via her lawyer on October 10 that she was Jane Doe #4 in the incarcerated producer’s L.A. trial. “Like many other women, my client was sexually assaulted by Harvey Weinstein at a purported business meeting that turned out to be a trap,” attorney Elizabeth Fegan said in a statement. “She intends to testify at his trial in order to seek some measure of justice for survivors, and as part of her life’s work to improve the lives of women.”

Weinstein is facing grand jury indictments of four counts of rape, four counts of forcible oral copulation, one count of sexual penetration by use of force, plus one count of sexual battery by restraint and sexual battery in incidents involving five women in L.A. County from 2004 to 2013. Sentenced to 23 years in prison by a Manhattan jury in March 2020 for multiple sex crimes, and now on appeal, the 70-year old Weinstein faces 140 years imprisonment if found guilty in L.A.

In his opening statement in the trial last month, Weinstein lawyer Mark Werkman dismissed the Siebel Newsom, the First Partner of California, as no more than “just another bimbo who slept with Harvey Weinstein to get ahead in Hollywood” if she hadn’t married now-Gov. Newsom. As testimony from other Jane Does and witness commenced last month in the West Coast trial, information appeared in the press of contributions Weinstein made to Newsom’s various campaigns over the years, as well as encounters one-time filmmaker and actress Siebel Newsom — who married Newsom in 2008 when he was mayor of San Francisco — and her husband had with Weinstein after the alleged assault in late 2004-early 2005 in L.A.

In late October, Lench curtailed the defense’s ability to question Siebel Newsom about her 2007 communication with Weinstein over an affair her then-boyfriend Newsom had with a campaign aide’s spouse. The judge also limited the prosecution’s reach to ask about texts Siebel Newsom had with Louisette Geiss in 2015 about Weinstein and comments about former First Daughter Malia Obama’s internship at the Weinstein Co. in early 2017.

Weinstein’s trial is expected to run until the end of the month before the case goes to the jury.