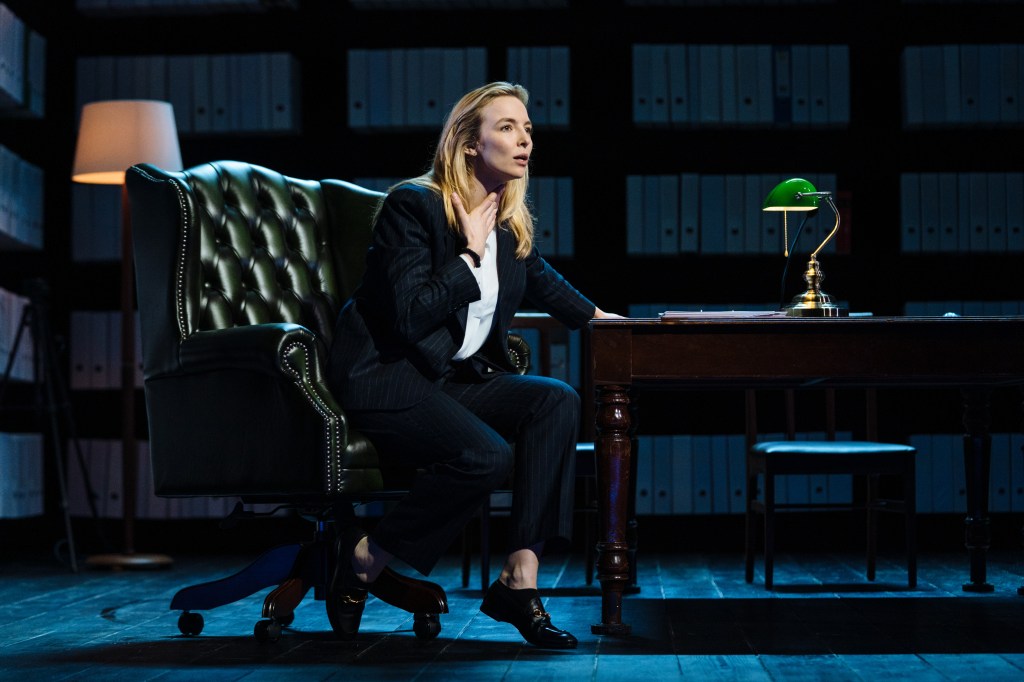 As previously announced, Justin Martin will directed Comer in the U.S. premiere (and her Broadway debut) of the hit West End play, with Empire Street Productions producing.

“I cannot wait to continue the journey with Prima Facie on Broadway this coming spring,” Comer said in a statement. “Never in my wildest dreams did I imagine having the opportunity to play on Broadway with a story as unique and thought provoking as this one. I’m honored that a theatre as rich in history as the Golden Theatre will be home to it.”

The play features Comer as Tessa, a young, brilliant barrister who “has worked her way up from working class origins to be at the top of her game; defending; cross examining and winning, until an unexpected event forces her to confront the lines where the patriarchal power of the law, burden of proof and morals diverge.”

Empire Street Productions also announced that, as with the West End production, Prima Facie will continue to work with the UK-based The Schools Consent Project in order to extend the organization’s outreach to US schools. The charity educates young people on issues surrounding consent and sexual assault. The Broadway productionn will also work with Everyone’s Invited, a digital safe place for survivors to share their stories completely anonymously.

Comer won a 2019 Primetime Emmy Award for her performance as the psychopathic Russian assassin Villanelle in the BBC spy series Killing Eve. Her credits also include the films The Last Duel and Free Guy, and the TV series Thirteen, The White Princess and Doctor Foster: A Woman Scorned. Upcoming roles include the films The End We Start From and The Bikeriders.

It May Be A Covid Christmas Again This Year
Christmas 2022: Things To Do In London
Musk says Twitter to launch ‘Verified’ service next week with a ‘gold check’ for companies
Flashdance and Fame singer Irene Cara dies
Disney hiring freeze will stay in place, CEO Bob Iger tells employees