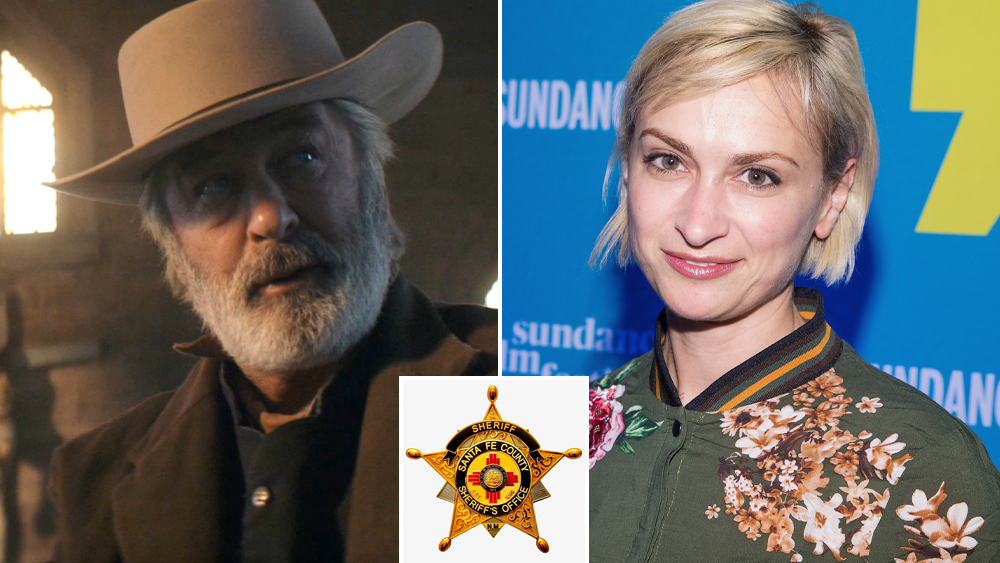 Over two weeks after the final police report on the fatal shooting of Rust DP Halyna Hutchins by Alec Baldwin last October was handed over to the local D.A., the document has been made public.

Amidst dense listing of events and inventory from local police, the FBI and others, the 540 page report reveals a set in chaos even before the shooting of dp Hutchins on Oct. 21, 2021 (READ THE REPORT HERE.)

Ross Addigo, a dolly grip who was present when the tragic incident took place, and heard armorer Hannah Gutierrez saying that the prop gun was clear, details that there were issues with her in the previous week. That Gutierrez Reed and her crew had issues that involved “negligent discharges” per Ross. Gutierrez was preparing one of six guns and one of the revolvers went off toward her foot. A few minutes later at the cabin set, a discharged gun went off that wasn’t announced, which would have been the AD Dave Halls’ responsibility to announce.

Ross also mentioned six camera men walked off set on the day of the incident, and that the head of the Camera Department Lane Luper wrote a letter to production about the mishaps.

Upon arriving to set to assess the situation on that October day, investigator T. Benavidez located Gutierrez Reed with “a handgun in her left hand with the muzzle pointing down. I observed Hanna to be emotional and at this time, I took custody of the handgun.” The investigator details that the armorer was “very emotional and getting more agitated because of the incident”. She was placed in the rear of a police car, “with the side rear door open and the vehicle locked.” The investigator asked the armorer if there were other weapons and she pointed to an area where he located two other handguns, ammunition, spend and intact rounds. There were two white boxes labeled colt .45 rounds. “Hanna pointed out one box which was half filled with ammunition and said ‘those are the rounds used today.’” The investigator took all of this into custody.

Investigator J. Cano reports that the Oscar nominated actor Baldwin was asked to give a statement. “I’ll do whatever you tell me to do,” Baldwin told him, and was directed to the Santa Fe County Sheriff’s Office.

The New Mexico District Attorney Mary Carmack-Altwies hasn’t charged anyone in the Rust tragedy. The D.A.’s office had no comment at this time in response to the report. Deadline has also reached out to the attorneys of Gutierrez Reed.

“As with all cases that the District Attorney handles, her focus will be on upholding the integrity of the process, enforcing the laws of the state of New Mexico, and pursuing justice,” said a rep for the D.A. at the time when their office received the police report 23 days ago.

Meanwhile, the Hutchins’ estate settled with Rust producers and Baldwin a pending civil suit with an agreement made that Rust would get finished as a film. Reports indicated late October that Rust would not return to New Mexico to finish production, but was eyeing a location shoot here in California.

“This tragedy happened because live bullets were delivered to the set and loaded into the gun, Gutierrez-Reed failed to check the bullets or the gun carefully, Halls failed to check the gun carefully and yet announced the gun was safe before handing it to Baldwin, and Zachry failed to disclose that Gutierrez-Reed had been acting recklessly off set and was a safety risk to those around her,” read the cross complaint from Baldwin’s Quinn Emanuel attorney Luke Nikas.

“Baldwin has also lost numerous job opportunities and associated income,” the complaint continued. “For example, he’s been fired from multiple jobs expressly because of the incident on Rust and has been passed over for other opportunities, which is a direct result of the negligence of Cross-Defendants Gutierrez-Reed, Halls, Kenney, PDQ, and Zachry.”

Baldwin was originally expected to star in the indie spy action pic Chief of Station, however, stepped out with Aaron Eckhart taking over his lead role, as Deadline first reported.

Can You Guess These Famous Books From Their AI-Generated Covers?
Cara Delevingne To Explore World Of Erotica In New BBC Docu-series Planet Sex
Rishi Sunak declares ‘golden era’ between UK and China over as he calls for new approach
Tech’s reality check: How the industry lost $7.4 trillion in one year
‘Wakanda Forever’ Writer Says M’Baku & Nakia Were Considered As Black Panther Replacements