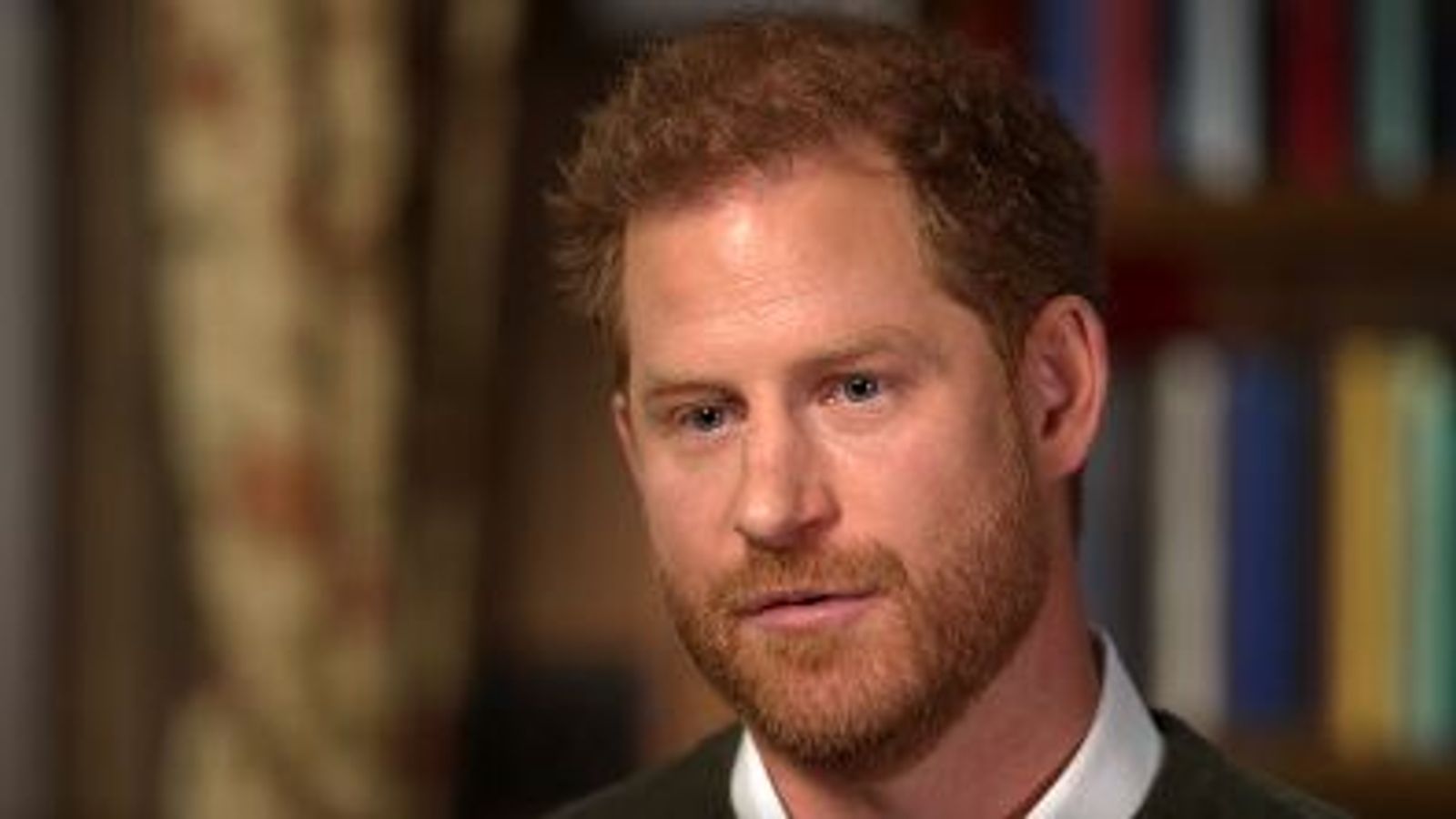 Prince Harry has said: “I would like to get my father back. I would like to have my brother back”, as a trailer for an upcoming TV interview was released.

Harry also says “I want a family, not an institution” and “they’ve shown absolutely no willingness to reconcile”.

In a series of clips released by ITV, which is airing the interview on 8 January, the duke says “It never needed to be this way” and refers to “the leaking and the planting”.

He also says “they feel as though it is better to keep us somehow as the villains”.

ITV will broadcast an interview with Prince Harry next Sunday in which he will talk to journalist Tom Bradby about his personal relationships, the death of his mother, Diana, and a look ahead at his future.

The programme will be shown two days before Harry’s autobiography Spare is published on 10 January.

An interview with Anderson Cooper on 60 Minutes will also air on 8 January.

In a clip from the interview released on Monday morning, Harry said “silence is betrayal” over the alleged failure of Buckingham Palace to defend him and his wife Meghan Markle before they stepped down as senior royals.

He said he’s tried to keep his conversations with the royal family private, but to combat stories in the tabloids he had been forced to make his concerns public.

“Every single time I’ve tried to do it privately there have been briefings and leakings and planting of stories against me and my wife.”

“You know, the family motto is never complain, never explain, but it’s just a motto.”

Harry explained how these “briefings and leakings” happen: “They will feed or have a conversation with the correspondent.

“And that correspondent will literally be spoon-fed information and write the story. And at the bottom of it they will say that they’ve reached out to Buckingham Palace for comment. But the whole story is Buckingham Palace commenting.

“So when we’re being told for the last six years, ‘We can’t put a statement out to protect you.’ But you do it for other members of the family. It becomes – there becomes a point when silence is betrayal.”

‘We’ve been praying for you’: Kate and Rio Ferdinand expecting second child together
Range Signs Jarreau Carrillo, Filmmaker Behind Buzzy Sundance Short ‘The Vacation’; Will Help Him Expand Proof Of Concept Into Debut Feature ‘The Last To Survive In America’
Stephen King’s ‘The Boogeyman’ Comes Out Of Its Closet With First Trailer And Poster
‘Dateline’ Renewed For 7th Season On NBC Television Stations
Church’s progress on same-sex marriage will be ‘glacial’, archbishop tells Sandi Toksvig