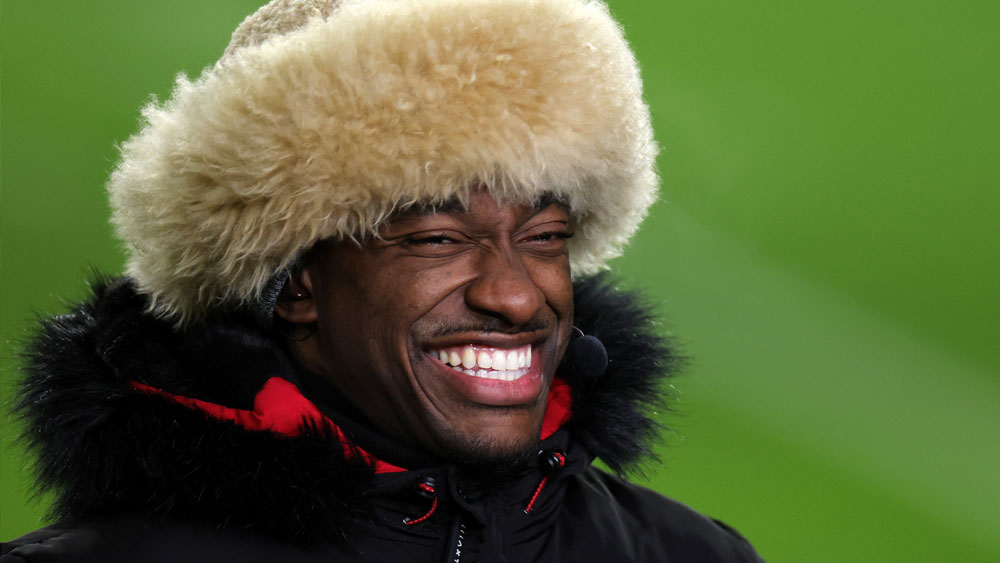 Robert Griffin III went viral on social media again but this time it was due to his reaction to finding out his wife was in labor.

The ESPN commentator was covering the Fiesta Bowl between TCU and Michigan for the network’s Field Pass with The Pat McAfee Show when he got a call. Griffin had his colleagues confused when he took the call in the middle of the game.

“Sorry guys, uh, I gotta go. My wife’s going into labor,” he said before running out of the field.

However, it turned out to be a false alarm and the “baby decided it wasn’t time to come out yet.” Griffin shared an update on Twitter saying that he was able to get home in time as the baby had not been born yet.

“We are at Home and enjoying the other kind of 2023 fireworks. Baby Girl must have known that Mommy and Daddy had never spent a New Years apart. GOD KNEW where I needed to be,” he added.

Griffin’s wife Grete also shared an update with her Twitter followers tweeting, “Baby said SIKE!!! Thank you everyone for the sweet messages, but as of right now, still pregnant and couldn’t be more thankful for @RGIII for hopping on the first flight home. My hero!!!!”

Grete would also share the story on her Instagram giving insight into the viral moment where she called her husband during the live ESPN broadcast.

“Let’s talk about my husband @rgiii. I gave him a call in the middle of him being on live TV fully expecting to not get a hold of him but I guess when your wife is 9 months pregnant and calls you you answer the phone no matter what you’re doing huh?” she wrote.

Grete continued, “All I had to say was the word ‘labor’ and this man STOPPED CALLING A BOWL GAME and took off sprinting to the car to get to the airport and get on a 4 hour flight to make it home. I love you more than life baby and I am so beyond grateful for how you love me, care for me, and what you sacrifice for me. My HERO!!!”

Sugar Ray Leonard Signs With Artists First
National Enquirer sold to group that includes indicted ex-MoviePass chairman
Elon Musk says Twitter is ‘trending to breakeven’ after near bankruptcy
Sunak sets out yet more priorities with reshuffle – the public will wait to see what’s delivered
Ebay plans to lay off 500 employees, about 4% of its workforce