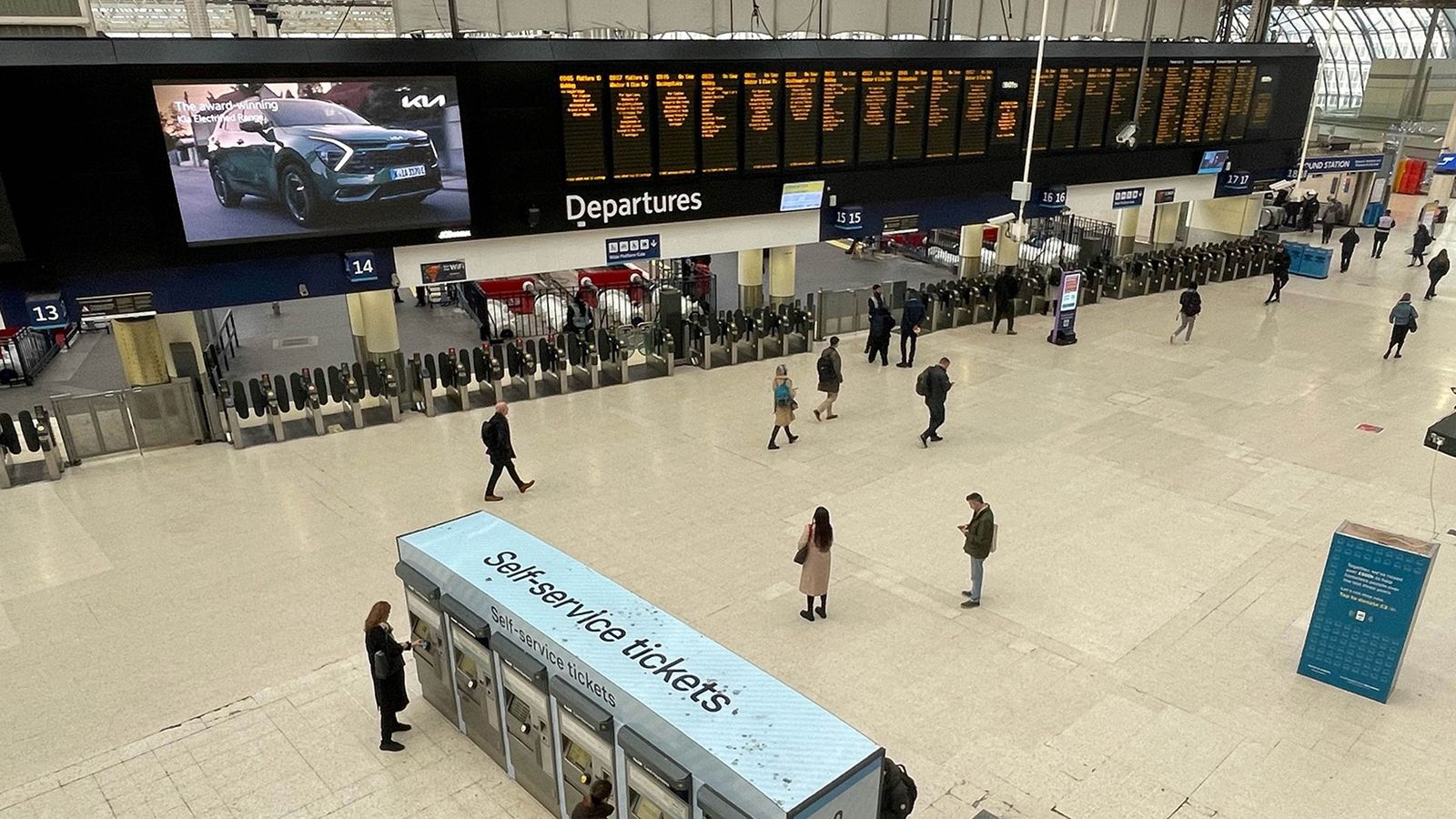 There is “not a bottomless pit of money” to be spent on increasing workers’ pay, Transport Secretary Mark Harper has warned the RMT union – as rail staff undertake further strike action today.

Mr Harper told Sky News “there is a fair and reasonable pay offer on the table” and said it is “deeply unhelpful” that RMT members have chosen to continue strikes this week rather than holding further discussions in an attempt to end the dispute.

“It’s not a bottomless pit of taxpayers’ money here,” he said.

“The taxpayers put a huge amount of investment into the rail industry over the last few years when it was hit with huge impact from the pandemic when people weren’t travelling.

“And I think you’ve got to have an offer that’s fair to the people that work in the industry, but it’s also fair to the taxpayer that’s picking up the tab – and that’s the balance that we’re trying to strike.”

About 40,000 members of the RMT union from Network Rail and 14 train operators are taking industrial action today, tomorrow, Friday and Saturday – meaning most services nationwide will not run.

Train drivers are also set to stage a one-day walkout on Thursday, meaning the UK’s rail network will be crippled throughout the first working week of 2023.

Passengers have been urged to only travel if necessary. 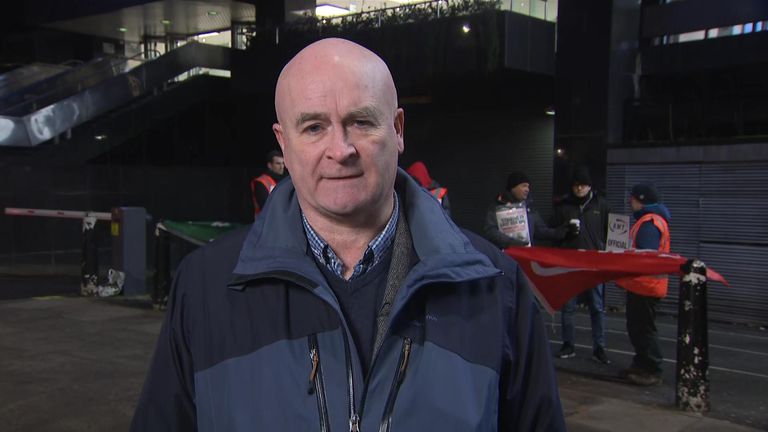 RMT chief: ‘Govt is not telling the truth’

Speaking from a picket line, RMT boss Mick Lynch told Sky News a deal is “achievable in the next few days”, adding that “the companies know what they need to do”.

Mr Lynch said his union members need “a settlement that addresses all of the issues” and warned they may “ballot again” if an agreement is not achieved.

“Our proposals and our needs are quite modest in this dispute,” he added.

Mr Lynch also repeated his claim that ministers were “undermining efforts to get a settlement” and had “torpedoed” an agreement in December.

But Mr Harper denied that ministers intervened in rail strike negotiations in December to stop a deal, saying: “That absolutely isn’t true.”

He added that the “very fair pay offer on the table” has been accepted by two of the trade unions on Network Rail, as he urged the RMT union to “get off the picket line” and do the same.

RMT strike days will see approximately half of the network shut down, with just 20% of normal services expected to run. These trains will also start later and finish much earlier than usual, with journeys only possible between 7.30am and 6.30pm.

Mr Lynch said the government needs to set out its exact proposals to move forward the negotiations.

Referring to the transport secretary, he said: “I would go and meet him now if he wants, or he can come here and meet me, and we can hammer some things out.

“What we keep hearing is the same stuff from the government across the sectors that they want to facilitate an agreement, but they don’t actually do anything.” 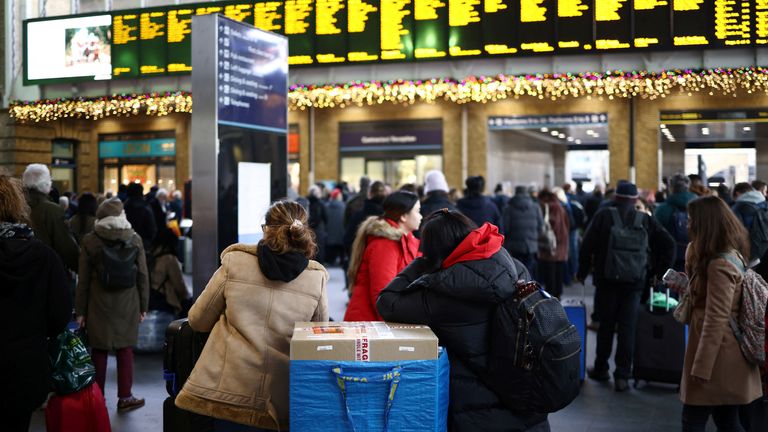 Rail strikes continue to cause chaos

Meanwhile, Tim Shoveller, Network Rail’s chief negotiator, said the government-owned company think “significant progress” has been made towards securing a deal with the RMT.

He said Network Rail want to “make clarifications” to union about the offer its members rejected and suggested it will be resubmitted and put to another vote by members.

“We think we’re about 2,000 people short to secure the new deal, so we’re on the right path,” Mr Shoveller said. 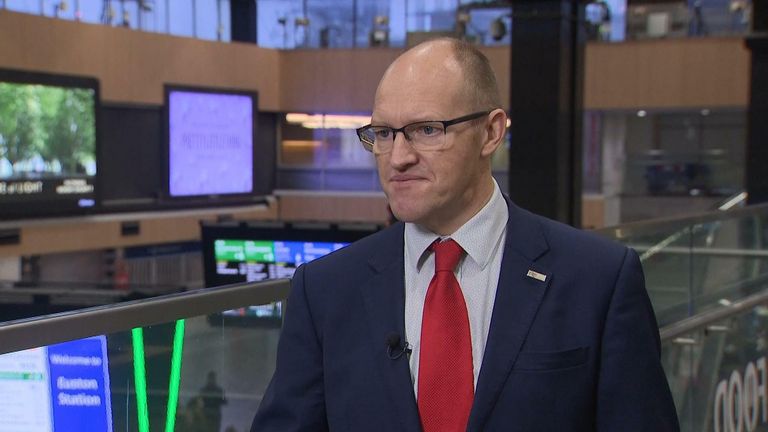 Downing Street said ministers are working on anti-strike legislation “at speed” to ensure industrial action cannot cause mass disruption further into the year.

The proposals could enforce minimum service levels on public transport.

“We want these new powers brought in as soon as possible,” the PM’s official spokesperson told reporters.

Inside the ‘Wormhole,’ Relativity Space’s monster factory 3D-printing reusable rockets
Cheryl on her West End debut: ‘Disasters are part of the experience’
Future, Missy Elliott, the Roots, Glorilla, and More to Perform During 50th Anniversary of Hip-Hop Celebration at 2023 Grammys
FedEx is laying off 10% of its officers and directors amid cooling demand
Here are the Best LGBTQ YA and Kids’ Books of 2022, According to ALA’s Rainbow Round Table