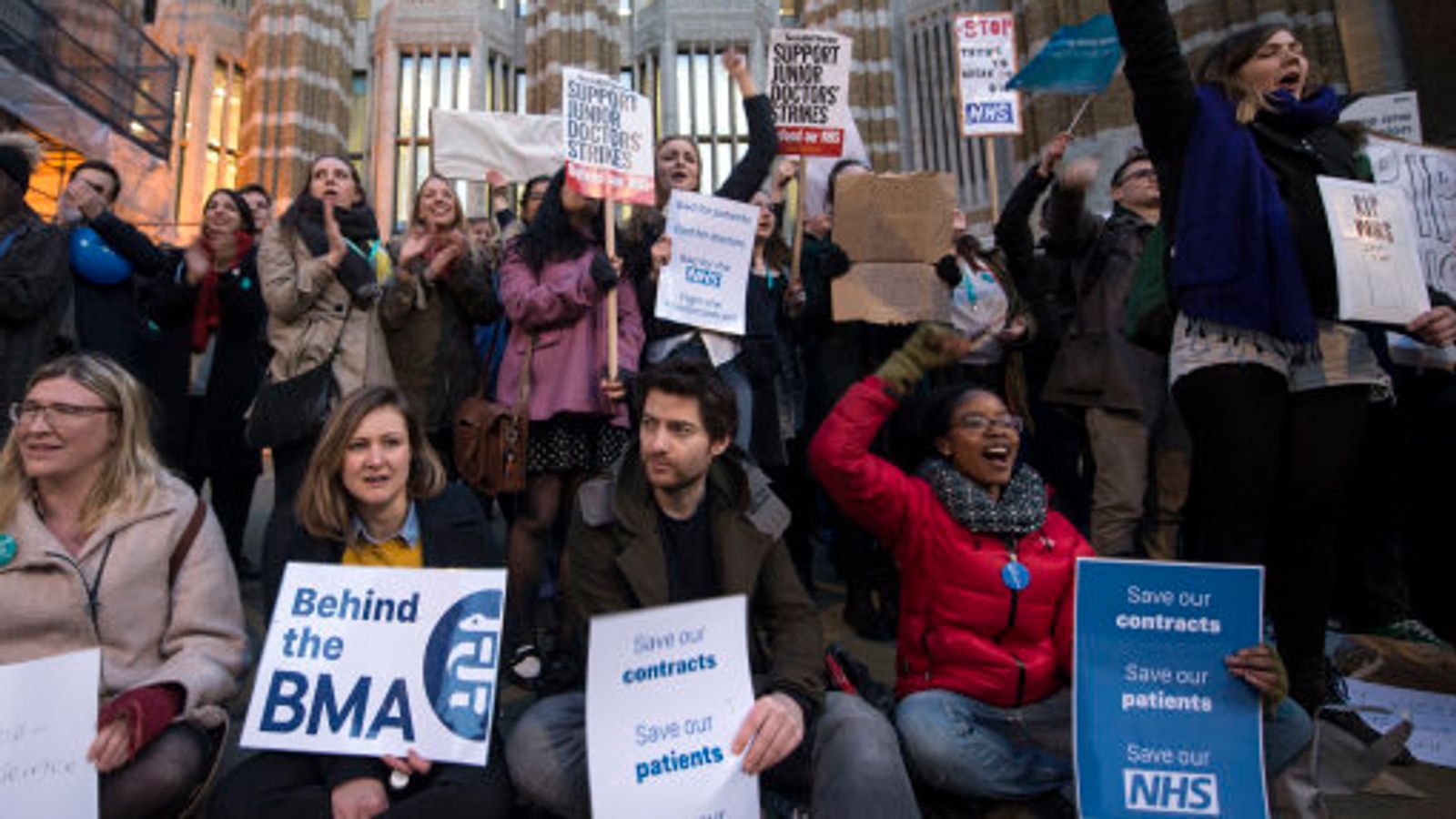 Junior doctors will go on strike for the second time ever in March – if they vote for industrial action in a ballot beginning next week.

The British Medical Association (BMA) has today set the potential strike action for March ahead of a ballot starting on Monday.

Junior doctors – any doctor below consultant level – in England will walk out for 72 hours and will not provide emergency NHS care during the strike, the BMA said. It added that trusts will need to arrange emergency cover to ensure patient safety.

It is not yet clear whether the strike will go ahead, but it is understood the threshold of 50% of those balloted to strike is likely to be met.

If the strike goes ahead, it will be the second time junior doctors have walked out over pay and conditions.

The first-ever strikes happened in 2016, when Chancellor Jeremy Hunt was health secretary.

Junior doctors are calling for better pay after they were excluded from an NHS pay rise this year because their contract is subject to a multi-year pay deal that gives them a 2% rise for 2022/2023.

They have also said junior doctors in England have seen a real-terms pay cut over the past 15 years, which amounts to a 26.1% decline in pay since 2008/9.

And the BMA says the risk to patients caused by the low pay means it has been left with no option but to ballot junior doctors for strike action.

The BMA has urged Health Secretary Steve Barclay to sit down with doctors to negotiate to avoid industrial action.

Both Rishi Sunak and Mr Barclay have said their doors are open for unions to talk with them and the prime minister said all unions have been invited to sit down with them on Monday.

But the BMA says Mr Barclay is “the first health secretary for over 50 years to continue to ignore all invitations” to meet with doctors.

Read more: Who is striking and when this month?

Dr Vivek Trivedi and Dr Robert Laurenson, co-chairs of the BMS junior doctors committee, said: “When we are faced with such resolute ongoing silence, and there is no agreed settlement on the table, then we are left with no choice but to act.

“Junior doctors are not worth a quarter less than they were 15 years ago nor do they deserve to be valued so little by their own government.

“Pay erosion, exhaustion and despair are forcing junior doctors out of the NHS, pushing waiting lists even higher as patients suffer needlessly.

“The government’s refusal to address 15 years of pay erosion has given junior doctors no choice but to ballot for industrial action.

“If the government won’t fight for our health service, then we will.”

Ambulance workers, auxiliary NHS staff and nurses all went on strike in December over pay and conditions.

Nurses are set to go on strike again on 18 and 19 January, but that could be avoided after the Royal College of Nursing indicated on Thursday it would accept a pay rise of around 10%, instead of 19%, to end its ongoing dispute.

Harry Styles wins Grammys’ biggest prize – as Beyonce makes history
The COS Wide-Leg Trousers Are Back In Stock In All Colours
Ammunition running out but ‘no new money’ for defence despite war in Ukraine, sources say
Serena Williams daughter Olympia tries on 2021 Met Gala look
Jay-Z, DJ Khaled, and More to Perform “God Did” at the 2023 Grammys