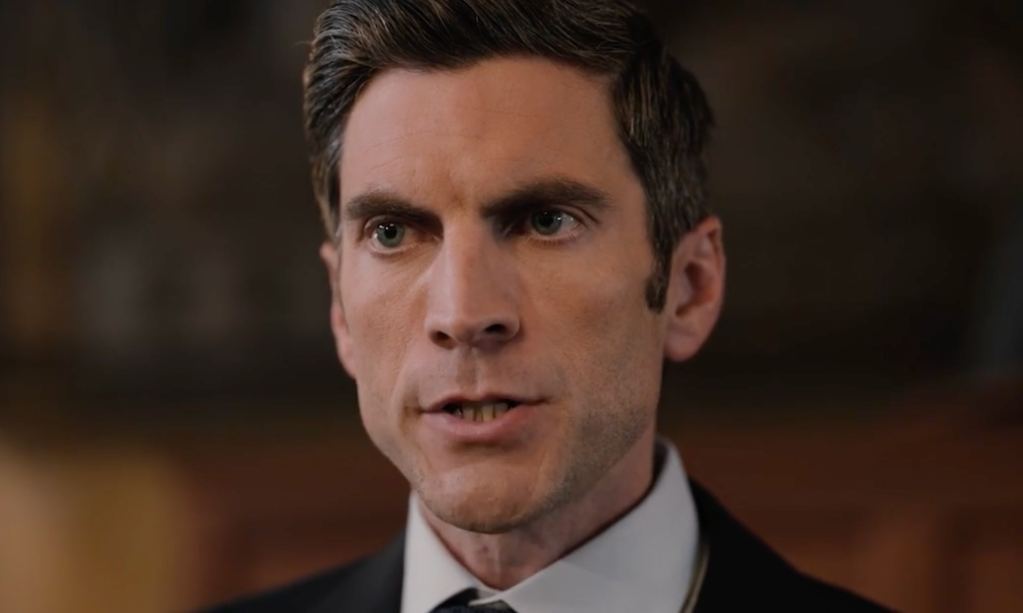 Yellowstone is nowhere near an expiration date but that doesn’t mean co-creator/EP Taylor Sheridan doesn’t already know how his addictive drama should end. At a panel for the series at the Screen Actors Guild headquarters in Los Angeles Friday, star Wes Bentley (Jamie Dutton) acknowledged that Sheridan already has a series finale in mind for the popular Paramount Network drama.

“He has said to me, he knows how he wants to end it,” says Bentley, who was joined on the panel by Gil Birmingham (Thomas Rainwater), Kelsey Asbille (Monica Dutton) and Dawn Olivieri (Sarah Atwood). “That was a while ago. I’m sure he didn’t know how we were going to get there but he knows how.”

When asked if he feels like a Dutton (or two) will have to die by the time the show ends, Bentley said simply, “I’m not a Dutton.”

In fact, Bentley already thinks his character is practically dead. “I don’t think he’s playing a game here. He does want to see something left for his son. I think he has seen himself [dead] from before the beginning of the season. He’s already end-gamed what is happening to him. He knows what’s coming and he’s trying to get what he can out of it by making some moves and taking opportunities.”

“Is he just holding onto power or is he actually trying to do something with the land?” Bentley continued. “I think Jamie has valid questions about a lot of things and that’s what’s complicated about him. He has a good argument. He doesn’t go about it the right way necessarily, or I guess in ways people hate, but it’s his way and it’s who he is.” (Read a recap from the midseason finale here).

Bentley and his co-stars don’t know what’s next for the drama; they are scheduled to resume production later this month to shoot the episodes that will air this summer. Instead, the four cast-members regaled the SAG crowd with tales from the set and what it’s like to work with the notoriously tight-lipped Sheridan, who prefers to leave the acting up to the actors.

In other words, they don’t expect much feedback from Sheridan before someone yells action.

“My first experience with Taylor was on 1883,” said Olivieri, who played Claire Dutton, the sister of Tim McGraw’s James Dutton, in the Yellowstone prequel. She nows portrays the vixen who seduces Jamie into calling for John Dutton’s impeachment. “And I gotta tell you, when the director-writer doesn’t share with you how to act, the first feeling is complete insecurity. Because you’re like, ‘oh my God, I sound terrible. I’m doing a terrible job. He hasn’t said one word to me at all, and I must be messing up. He is just thinking how he can fire me, right?’ But that insecurity is real magic because it gives you this extra force that you didn’t have when you started.”

Birmingham recalled a scene early on with Danny Huston (Dan Jenkins) that required the both of them to act like they were playing golf. “First of all, it was supposed to happen in the golf club. They made a brand new suit for me and everything. We arrived on set and Taylor goes, ‘we’re gonna golf today.’ I said, ‘oh, that’s cute.’ He said to go to the pro shop and get outfitted. That’s all he said. So Danny and I were out there, cameras are set up and we’re waiting for blocking. Then I hear, ‘okay, we’re rolling.’ What? We haven’t blocked anything. So we muddle through it and I say, ‘oh, he’s gonna come out and fix it.’ He never came out. I said, ‘Danny, I think we’re on our own.’ So we had to direct ourselves for this whole scene.”

The actors wrapped the panel by sharing some of their more awkward encounters with fans. Asbille remembered how a cop walked up to her at a Walgreen’s because he suspected she was famous, but didn’t truly recognize her until he saw her dad wearing a Yellowstone T-shirt.

“He might as well had an arrow on the shirt that pointed to me,” Asbille said of her dad, who’s “a big fan.”

Olivieri talked about how some clerk at the local hay store in Arkansas — where she has a ranch and horses of her own — was skeptical of her stardom so he asked her to wait until his family arrived to confirm her identity.

“Then the cousins roll up in their car, followed by Jim Bob on his tractor,” recalls Olivieri. “It’s such a small town. I was there for probably 30 minutes while the whole extended family kept rolling in because they couldn’t believe what was happening.”

Bentley admitted that most of his fans just want to pick apart Jamie. “I get therapy, which is weird. They want to talk to me about all his issues and what’s wrong with him. Or they yell at me across the room how much they hate me. But they’re smiling, so I feel safe. No one’s followed me anywhere yet.”