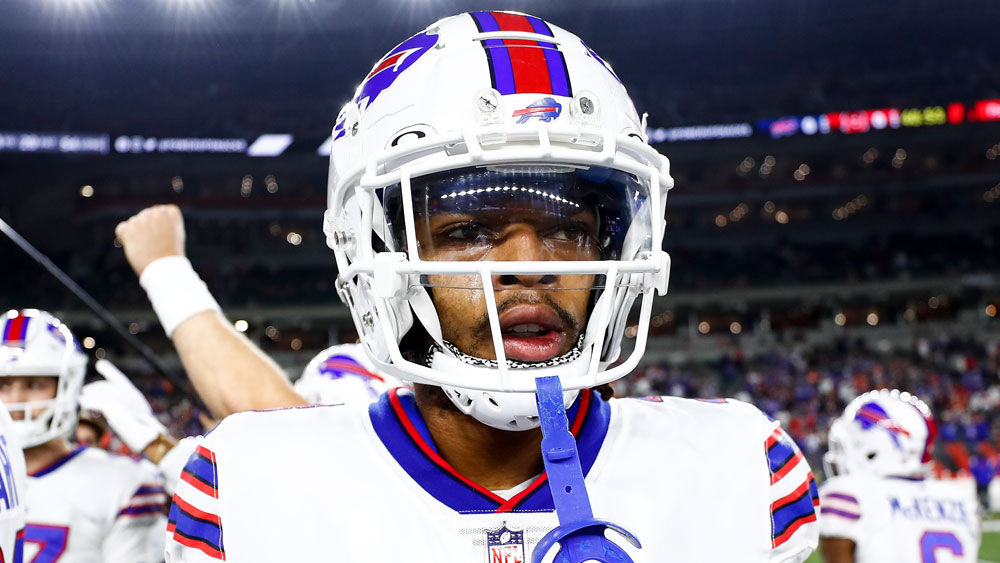 Damar Hamlin has broken his social media silence since collapsing on the field during Monday Night Football. The Buffalo Bills player shared an Instagram post where he showed his gratitude for everyone that has been supporting him.

“When you put real love out into the world it comes back to you 3x’s as much,” he shared. “The Love has been overwhelming, but I’m thankful for every single person that prayed for me and reached out. We brung the world back together behind this.”

Hamlin continued, “If you know me you know this only gone make me stronger. On a long road keep praying for me!”

Hamlin has been making strides in his recovery following going into cardiac arrest on the field. The safety is now breathing on his own and even contacted his teammates during a video call on Friday.

“We got our boy, the excitement was beautiful, it was amazing, it has given us so much energy, so much bright high-spirits — to see that boy’s face, to see him smile, see him (flex biceps), it was everything,” Bills tackle Dion Dawkins said about the video call with Hamlin.

The Bills updated fans on Hamlin’s health saying, “Per the physicians at UCMC, Damar’s breathing tube was removed overnight. He continues to progress remarkably in his recovery. His neurologic function remains intact and he has been able to talk to his family and care team.”

Hamlin’s post also comes as the NFL is showing their support to Hamlin as he continues his recovery. Some players would be wearing patches with Hamlin’s number, while others were seen wearing t-shirts with good vibes to the player.