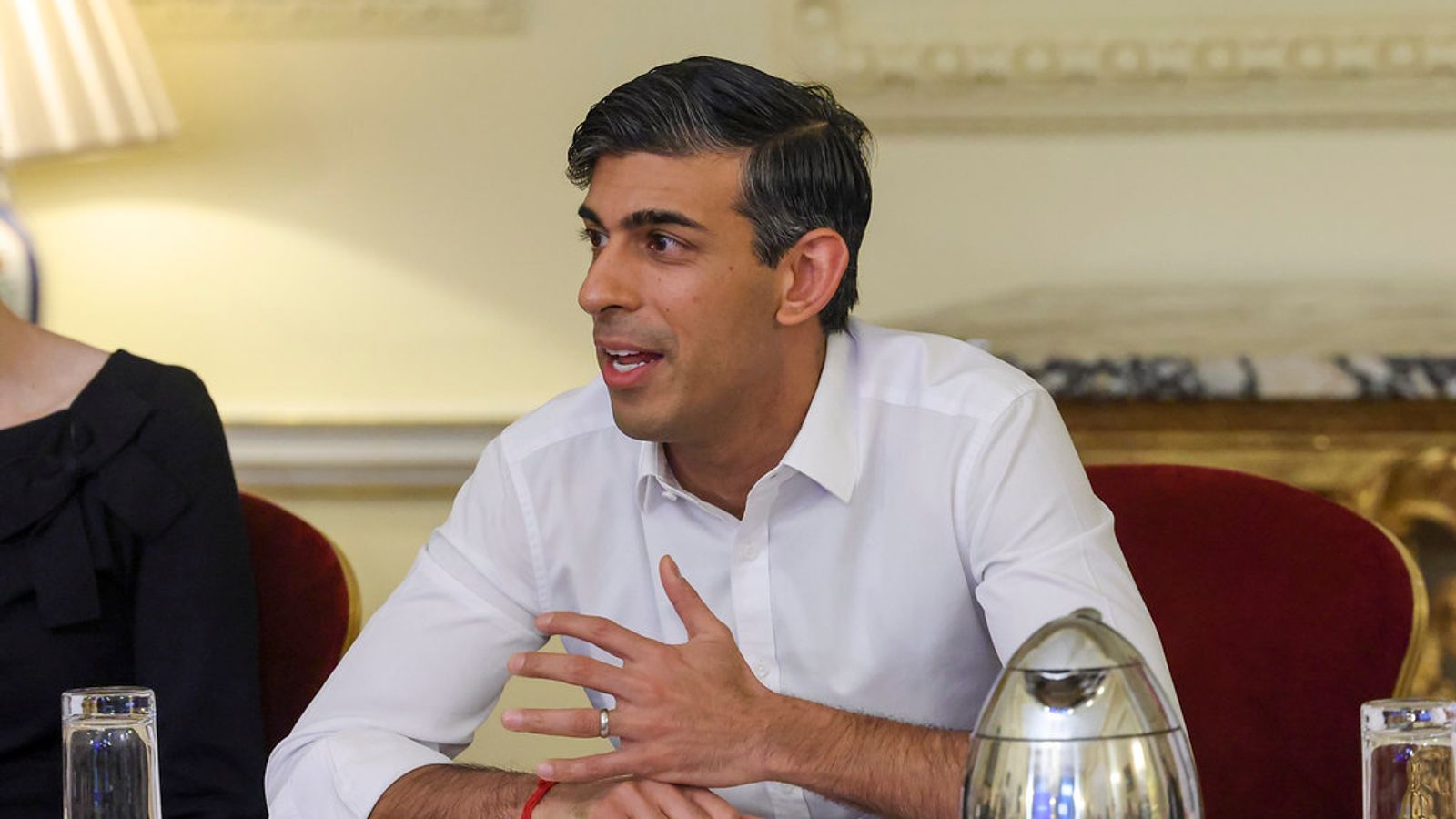 The prime minister found talks on the NHS crisis “highly valuable”, his spokesperson has said, as the health secretary tweeted two possible “solutions” that may help solve challenges in the sector.

It came after a day in which ministers, health leaders and clinical experts met at Number 10 in an attempt to solve short and long-term issues facing the health service.

Senior doctors have said the NHS is in a very precarious situation, with A&E units struggling with demand and health trusts and ambulance services declaring critical incidents.

Strikes and high numbers of flu and COVID-19 patients are increasing the pressure.

A government spokesperson said: “The Prime Minister expressed his deep gratitude to the health and social care experts who attended today’s forum – and to the wider workforce they represent for all their hard work and dedication especially during the pandemic.

“He and health ministers found today’s discussions highly valuable for sharing ideas and best practices that could be spread nationwide to improve care for patients throughout the country.

“The prime minister has made it one of his top five priorities to reduce NHS waiting lists so that people get care more quickly and the government is investing a record amount in the health service, including in recruiting a record number of doctors and nurses.”

The spokesperson added that the “next steps will be set out in due course”.

The talks were set to focus on four key issues: reducing delays in discharging hospital patients to social care; how to improve A&E and ambulance service performance; cutting waiting times for operations; and relieving pressure on GPs.

Health Secretary Steve Barclay also put out a tweet in which he said at least two possible solutions to some of the issues had been identified.

He said on Twitter: “Innovation is crucial to solving the challenges facing the NHS.

“We’re identifying solutions – including virtual wards & a new fall service [for people injured by falls and trips] that can save 55,000 ambulance callouts a year.

“Great to meet with health & care leaders today to see how we can go further and faster.”

It is understood the “fall service” refers to the potential rolling out of a falls prevention service that aims to prevent falls in elderly people who then require unnecessary admission to hospital.

The service already operates in some local areas and it is thought the government may be looking at making it nationwide. One such service in central London provides assessment, advice and exercise for older people who are at risk of falling.

The British Medical Association, which represents doctors, wasn’t at the talks but has urged the PM to negotiate with striking health workers – such as nurses – who are seeking more pay.

Today Number 10 was the location for a special ‘Saturday school’ with Rishi Sunak as the sole student.

Part personal tutorial, part publicity opportunity, the PM seemed to be replicating his hands-on formula to handling the autumn statement and the small boats crisis.

In all three cases, he has muscled in on the work of a cabinet colleague, convened meetings of experts, and drilled down into the detail. The implication: if you want something sorted, he’s the person to do it.

Government sources claim part of the PM’s NHS education came from his own extended family who work in the health service: they told him all about its myriad problems over the Christmas break.

From speaking to today’s attendees outside No 10, it seems proposals discussed included taking pressure off GPs by letting pharmacists play a larger role in diagnosing small ailments, and better controlling who comes in and out of hospitals.

Health Secretary Steve Barclay tweeted that “solutions” identified at the event included “virtual wards” – using technology so patients can get care at home – as well as a new fall service that could save 55,000 ambulance callouts a year.

Today’s ‘Saturday summit’ was about solutions for the long term but the immediate problem for the NHS remains strikes.

Trade unions weren’t invited and the BMA argued: “It tells you everything you need to know about this government’s approach that the only people not invited to an NHS recovery forum are the NHS workforce.”

Mr Barclay is due to meet union leaders on Monday, but Rishi Sunak has now put himself centre stage in solving the NHS crisis.

The danger of that strategy is if his plan doesn’t work, the PM will end up being the face of that failure.

Hunt confirms HS2 will reach central London after reports it might stop in suburbs
Barrett Strong, Motown Singer and Temptations Songwriter, Dies at 81
Knowing your chronotype could unlock your best sleep yet
Breaking Up With Your Therapist? Here’s Exactly How to Do It
‘I fell deeply in love with this project’: Eva Green gives evidence in lawsuit over collapsed film