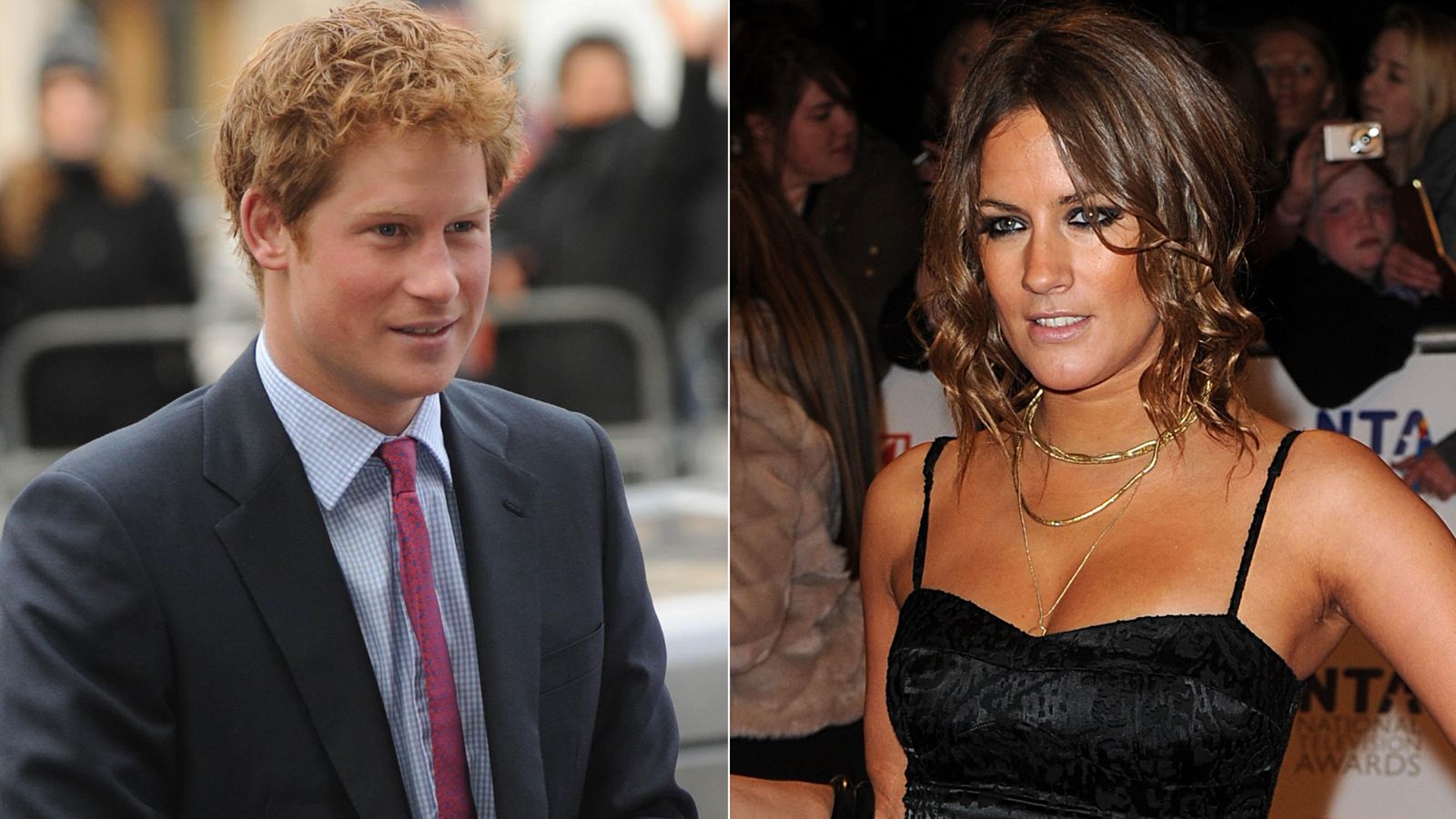 Caroline Flack’s former manager has called Prince Harry’s description of his relationship with the presenter in his memoir “disgusting” and “grotesque” and called for him to be stripped of his titles.

Alex Mullen, the creative director of APM Media, who previously worked with Flack, said it was “absolutely gross” the royal had repeated “old long forgotten slurs” in his book Spare.

The prince and Flack briefly dated in 2009, and the presenter was described as “a bit of rough” in tabloid coverage at the time.

The Love Island presenter took her own life aged 40 in February 2020.

In a lengthy post on Instagram, Mr Mullen, who says he worked with Flack over 12 years between 2008 and 2020, wrote: “It’s absolutely gross for Prince Harry to reveal such private details about Caroline Flack.

“The way in which the press spoke about her at that time and the reason they split are both very sad and it’s disgusting he’s brought up old long forgotten slurs she had to suffer in full view of the public around the world.

“Of course, Caroline reacted to them with humour and grace but privately she was deeply hurt; just the first of many injustices she didn’t deserve.

“Harry’s decision to remind all of the terrible things said about her to help sell his appalling book is grotesque.”

In the book, Prince Harry says he hadn’t known who Flack was when he first met her at a restaurant with friends – telling her “I don’t watch much TV”.

Calling her “funny and loving,” he mentions several dates the couple went on to have, but says they decided to end the relationship due to press harassment.

Read more:
Duke accuses Royal Family of ‘getting in bed with devil’
The biggest revelations from Harry’s memoir
Afghans call for Prince Harry to be ‘put on trial’

He writes: “Very soon after [the photographers] papped me and Flack, those photos set off a frenzy. Within hours a mob was camped outside Flack’s parents’ house, and all her friends’ houses, and her grandparents’ house.”

He goes on: “She was described in one paper as my ‘bit of rough’, because she once worked in a factory or something. Jesus, I thought, are we really such a country of insufferable snobs?”

He says they continued to see each other “on and off, but we didn’t feel free any more”. He goes on: “The relationship was tainted, irredeemably, and in time we agreed that it just wasn’t worth the grief and harassment. Especially for her family.”

Flack also mentioned the relationship in her 2014 autobiography, Storm In A C Cup.

Later in the book, Prince Harry also mentions Flack’s death, writing: “Caroline Flack, a very good friend of mine, had taken her own life. By the looks of things, she couldn’t bear it anymore.

“The years of constant harassment by the press had killed her. I felt awful for her family. I can’t forget how much she suffered for her fatal sin of going out with me.”

Criticising the mention of her death, Mr Mullen wrote: “Perhaps worst of all, he writes as if he has any idea why Carrie took her own life, parroting media reports as if they’re reality. Blaming the press because that’s what he read about it. He knows nothing.”

In his post, Mr Mullen went on to call for the royal family to “strip [Prince Harry] of all titles immediately”.

Spare is officially published tomorrow, however several leaks of the book – initially from America, and then from Spain – mean much of the content is already in the public eye.

Prince Harry has also been publicising his book through high-profile interviews on both side of the Atlantic, including on ITV in the UK, and in the US on CBS, ABC’s Good Morning America and The Late Show With Stephen Colbert.

Grammys TV Review: Beyoncé Makes Winning History; Music’s Big Night Gets A Lot Of Its Beat Back With Hip Hop Celebrations & Mixtape Of A CBS Show
Moments in Young Adult Novels That Made Me Feel Old
Google CEO issues rallying cry in internal memo: All hands on deck to test ChatGPT competitor Bard
The COS Wide-Leg Trousers Are Back In Stock In All Colours
What will TV look like in three years? These industry insiders share their predictions