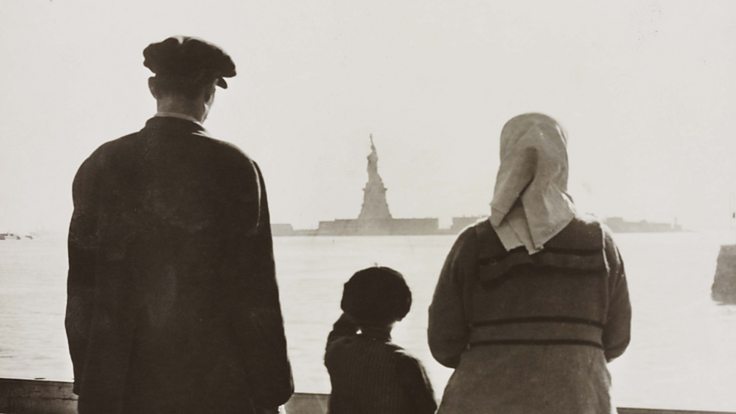 Holocaust documentaries from Ken Burns, Steve McQueen and Helena Bonham Carter will feature on the BBC to mark Holocaust Memorial Day later this month. Burns’ The U.S. and the Holocaust is part of a package of shows that will air on BBC Four and iPlayer as the annual commemoration rolls around. The three-parter is a PBS original from Burns, Lynn Novick and Sarah Botstein, examining how the American people and their leaders responded to one of the greatest humanitarian disasters of the twentieth century. Meanwhile, the Bonham Carter-narrated Three Minutes: A Lengthening from the Storyville strand sees three minutes of footage of a Polish ghetto lengthened to tell the hidden stories behind it. The film is co-produced by McQueen, directed by Bianca Stiger and footage filmed by David Kurtz. The BBC has also commissioned its own Holocaust doc – How the Holocaust Began – telling the story of the first defining act of the greatest crime in history.

Newen Connect, the distribution arm of Newen Studios, has promoted Leona Connell, from EVP Distribution to Chief Commercial Officer. Based between London and Paris, Connell will focus on the international and French markets across film and TV, and her new role comes on the eve of the French TV Screenings at the Unifrance Rendez-Vous. Connell joined Newen Connect in 2020  and currently leads the fiction and non-fiction TV sales team in France and internationally, while supporting the financing of projects and working on co-production partnerships and pre-sales. In her new role, she’ll oversee a sales team of 20, with the post’s creation following the integration of the TF1 Studio International Distribution team into Newen Connect last year.

Nolly and Significant Other maker Quay Street Productions has appointed Samantha McMillon as its Chief Operating Officer.  McMillon worked closely with Quay Street founder Nicola Shindler while serving as Commercial Director of Scripted at Quat Street parent ITV Studios, but was more recently Managing Director of another drama indie in the ITV stable, Mammoth Screen. Quay Street’s upcoming shows include the Russell T Davies-penned Nolly, which stars Helena Bonham Carter, and Significant Other, which is from Dana Fainaru and Hamish Wrightand stars Katherine Parkinson and Youssef Kerkour. Both shows are for ITVX.

The makers of Indian hits Kashmir Files, Major and Karthikeya 2 are set to shoot Indian spy thriller flick G2 (Goodachari 2). The Telugu-language film, which stars Adivi Sesh, was officially unveiled at an event in Mumbai today, after significant press interest over the project in recent weeks. People Media Factory, Abhishek Agarwal Arts and AK Entertainments have united on the film, which Vinay Kumar Sirigineedi is directing. The shoot is set to take place in three European countries, one in the Middle East and three locations in India, with the film picking up where the first ended in the Alps. New cast is set to announced and its makers say it will be more focused at a pan-Indian audience than its predecessor, which was hit in the south of the country. Sesh said G2 would be “fitting” for viewers across the country.